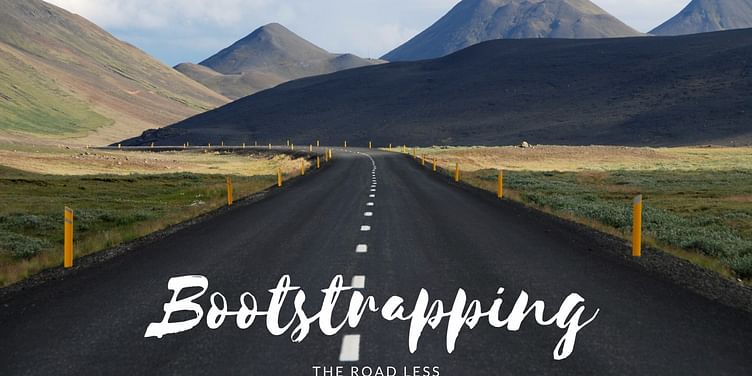 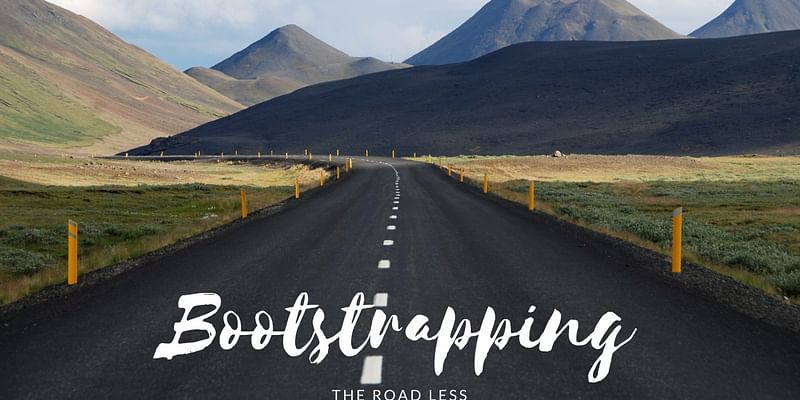 Wait what? You must think we are crazy for passing such an amazing opportunity when most entrepreneurs would probably never let a life-changing opportunity like this slip away. But hell yeah, we did! And you haven’t even heard the worst yet. The worst part was that, after spending almost a year as a bootstrapped startup, we barely had enough money to survive the next month.

During this whole time (11 months), our primary goal was to test our hypothesis, improve the MVP, tweak the business model, figure out acquisition funnel, understand our customers and try to go above and beyond to turn every customer experience into a positive user experience and then learn from their feedback.

Moreover, Our new product launch was also scheduled in 3 months but despite the turbulence, our team was taking each day as it comes, like true warriors with Esprit-de-corp.

You may love us or hate us for taking the decision that we did. But we knew deep down, what was best for our startup and we took the (right) decision, taking a leap of faith that it’ll all work out just fine in the long run.

So now the question comes up - why did we do what we did? What could possibly be the reason for such an erroneous (for some) or wise decision? (For us). Well, you can take that call at the end of the article!

While raising money is the second hardest part of starting up, the hardest part is actually making something that people really want.

So let’s begin, why did we had to say NO to such an amazing, jaw dropping, lip smacking funding offer?

1) Too much or too little money?

Let me go ahead and assure you, that no amount of money is too much or too little, if you have a solid plan on spending it wisely. Especially, when the plan is backed by several months or years of experimenting, research & testing hypothesis using different permutations combinations. These results can further be evaluated by using various metrics & KPI’s to demonstrate that your business can turn operationally profitable even at scale.

While our concern wasn’t with amount of money being raised, I feel that urban startups will certainly have higher chances of survival if they adopt conservative spending like the way we do at GetNatty. And entrepreneurs nowadays have already started to become familiar with the Cockroach theory. Thanks to folks like Shradha from YourStory, Alok from RodinHoods and many others including our Marwadi friends (thanks Rohit) who have been moonlighting us lately regarding how to grow a real business the hard way, the profitable way and to focus on sustaining first, and scaling up second.

While we kept all this in mind at the time of dealing with the investors, we never really wanted to raise a single rupee more than 60L from these (tech-noob) investors. But that wasn’t the case with them; they put a condition on us to not accept any outside money and wanted us to rely only on their group / pool of investors for the subsequent funding rounds which is something that went totally against our long-term goals. We wanted seasoned & somewhat tech-savvy investors in our company, who would not just write us a cheque but also give us access to their network & time, so together we could build and scale this company the profitable way.

Such unwilling behavior was a Big Red Signal for us; because our startup’s growth trajectory could be compromised if we were to follow their way. In a startup, it is the people who bring their rich experience and network to the table that is invaluable. For an early stage company like ours, it is perhaps even more valuable than raising money.

3) Too much equity dilution?

That is one of the obvious reasons to say no. However, again depending on - which stage the startup is raising money, what space they are in, and how much is the startup’s worth in the eyes of investor is something that needs to be analyzed on a case-by-case basis.

But in general, an early stage company like GetNatty which is currently raising its first investment CheQ of $100k should ideally not dilute more than 8-12% of its equity. Let me tell that in this particular case, the Investors were asking for triple that figure in the north of 30's which obviously killed the deal then and there and spoke volumes about the type of investors we were dealing with.

No startup can afford to be unwelcoming of talent and be rigid in terms of growth & financial thinking, all at the same time.

Though novice investors might seem unthreatening at first, they can be highly dangerous in the long term. Again, this topic has extensively been covered by many Indian Startup Ecosystem cheerleaders like Pooja from INC42, Yourstory, RodinHoods, etc. So I won’t go into the details.

But I would surely like to point out that the offer we received from investors were actually making their first startup & tech investment and belonged to a traditional real estate business background in which they were reasonably successful. Enough said; now you do the math. We also tried convincing them of doing a syndicate but the idea was altogether dismissed. So we did what we had to do? We decided to put a stop to this, and save some of our invaluable time.

Initially some investors will tell you that they believe in you the founder and not really the company. They might tell you that they want to play the role of being your partner and not really just an investor. That they were inspired and mesmerized by you, your vision and your charm, and blah blah blah. And that’s what exactly I was told too. One may feel fakely good for a while, but the reality is that we needed a deal which was in line with our company’s objectives and it was time that our team decided to put that first - before everyone and everything else.

During this stage, the investors offered us money with the caveat of operational & financial control. Meaning every penny we spend, every decision we make should first be routed through them and approved by them before executing it. Plus they wanted to disburse money every 2-3 months depending on requirement after presenting them a budget.

Yes, Welcome to the stone age of doing business where growth is measured by Decade-on-Decade terms

Do you still hate us for rejecting the offer now?

Although the above five are the main reasons we had to decline their offer, there is also one additional point that I have observed & learned in my 4 years of working in the startup space

While growth & rapid scaling are imperative metrics to be chased by a startup, it should not always be at the cost of profitability. A startup needs to learn to strike an optimum balance between the two.

Having said that, some investors that we came across were only interested in numbers and not in operational hurdles that we used to face, or our big vision and passion to do things differently & succeed. Clearly such people are not visionaries and they will never bother supporting you in your business operations / growth, so it’s better to go for the long haul and persistently keep finding the right people (Thank god we finally found a bunch of few big believers who have agreed to back us - After pitching to more than 50 investors) rather than carrying the burden of Half-Baked knowledge investors who suck the lifeblood out of your company and rob you of your full potential.

I hope my experience shared in this article can help fellow entrepreneurs to evaluate their own situation and take suitable decisions as You are the best judge for yourself. Neither the world, nor the investors!

P.S – We are looking for strong team players who can match our passion and grittiness to achieve the vision we have for GetNatty. Send a email to us if you are a (rockstar) Full Stack Developer or a Growth Hacker, We need YOU! Connect with me on kaizadh @ getnatty.com or apply here

Special Thanks to Praveen Salim for helping me edit this article and for making it look less hateful! ;)