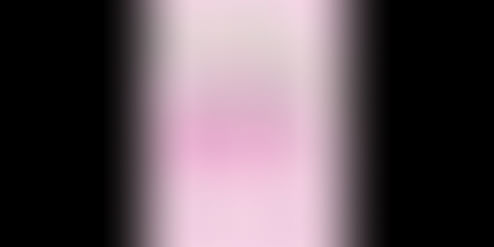 In the world where women are subjected to so many societal pressures, a subject of crime and are suppressed in almost every walk of life, one thing that bothers me is how in this modern society, women are against women and talking crap about each other. The sad reality is that girl on girl hate is such a big issue in schools, colleges, at work, in peer groups or online. Girl hate happens everywhere and all the time. We've all probably come across girls who would do anything to make another feel inferior but chances are that somewhere or somehow, we might also have been a part of this hate.

Hating doesn't make you better, It makes you worse.

Hating someone or making someone feel inferior will never make you a better person or make you feel better about yourself. It will just spread a lot of bitter feelings and hatred in the world. As women, it is important to build each other up. Compliment the women you come across. If you are jealous of another girl and her achievements, it simply means that you admire her work. So, why waste that time and energy on passing such negativity ? Turn it around, and instead start appreciating her for what she has achieved. It is just going to make you more friends and make them smile. The more you do this, the more people are going to make you happy. We all have heard the saying 'What goes around, comes around.' 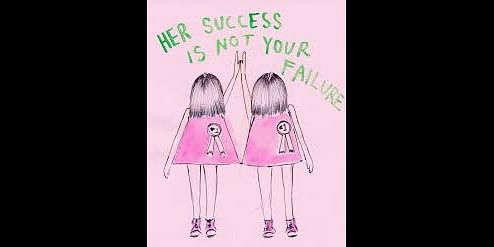 Too many problems to handle rather than girl on girl hate

We already have too much going against us- chauvinism, unequal sex ratios, bad body idols and images around the media and an increased crime rate against women. Fighting these issues is more important than fighting with each other. Every time you say something about 'that' girl and hate her for no reason at all, every time you tear down a woman for wearing makeup, hanging out with guy friends or simply being awesome at what she does, YOU are contributing to a world of GIRL- ON -GIRL hate. If we do not come together to support women, gender inequality has room to flourish. Imagine a world where women support each other and help each other grow instead of hating on each other. 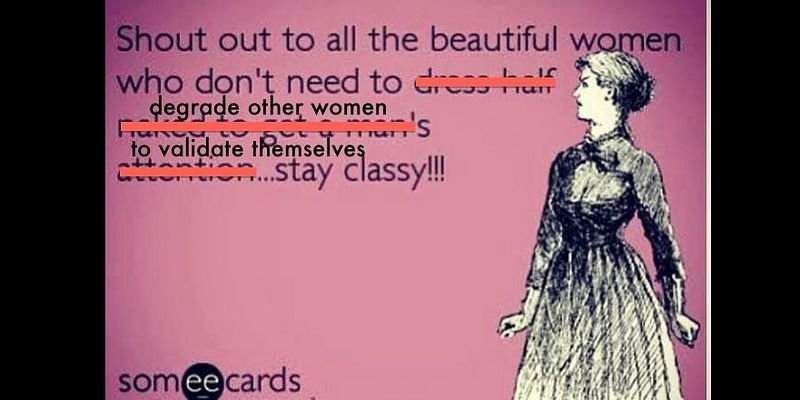 Lilly singh (aka IISuperwomanII) is using her online presence of more than 9 million subscribers and around 6 million viewership of young girls as a platform to try and end all of the girl on girl bullying with her campaign #GirlLove. She along with the help of fellow YouTubers and personalities like Shay Mitchell, Grace Helbig, Hannah Hart, Colleen Ballinger and others to spread Girl love. Now, it's your turn! Treat the women around you like sisters instead of competitors, turn your envy of them into something positive like admiration, and empower the women around you instead of putting them down. As Tana Fey told us many years ago, 'You have to stop calling each other sluts and whores, it just makes it okay for guys to call you sluts and whores. 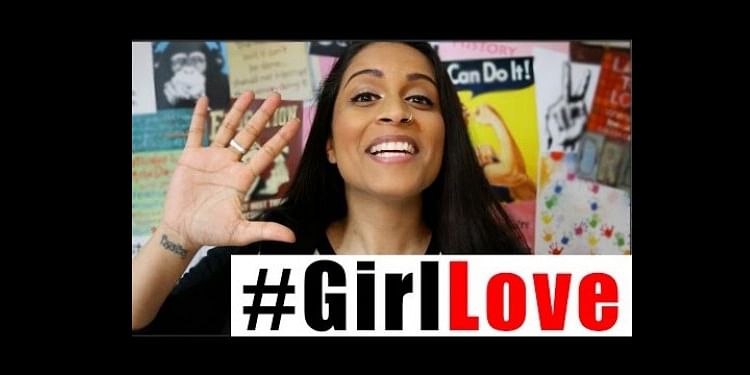 We should all appreciate the fact that it is not cool to put other girls down to make yourself feel better but rather it is cool to compliment other woman because we're all in this together. This inherent sense of competition makes it even more important to push for healthy female relationships. If we change our own behavior towards other girls, we can change the world and make this world a better place for each other. Instead of focusing on competing with other girls, let's look in the mirror and focus on loving what is right in front of us.