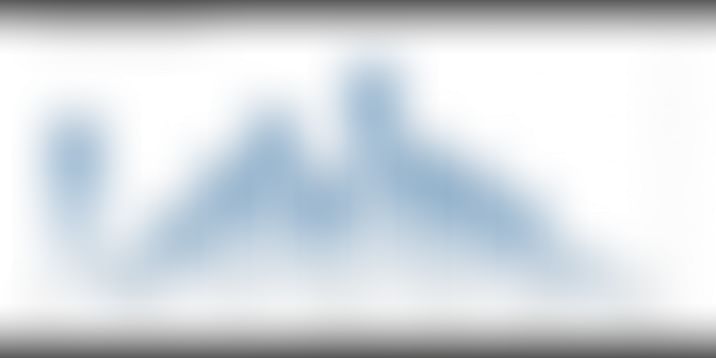 Taking forward Shankkar Aiyer's article published in Linkedin Seductive Economics: The Theory That 2017 is Like 2002 of 17th September, 2017, let's analyze the downturn predicting future along with measures of resiliency.

Economic growth decelerated to a three-year low of 5.7% in the June quarter of 2017-18. The current account deficit hit a four-year high in the same quarter at 2.4% of GDP despite benign oil prices that have cushioned government finances. While investment demand was anyway weak when the NDA assumed office, private consumption has also started decelerating, impacted by the government’s demonetization drive as said to be.

This followed by consecutive two years, 2014 & 2015, of serious droughts.In 2014 agricultural GDP was seriously hit while 2015 it was flat.This lead to non creation of jobs and wages turning negative in real terms-growing slower than the rate of inflation.

Severe depression in rural demand for a prolonged period went unnoticed. The impact eventually spilled over to other sectors. Falling exports also went unnoticed.Private investment has slowed down and credit growth is at its lowest. Construction sector, a key to employment generation, turned negative.

After two consecutive droughts, India saw normal monsoon in 2016, when the situation started looking up. Then came "Demonetisation" to break the informal economy which contributes to around 24% of Indian GDP and nearly 75% of employment. 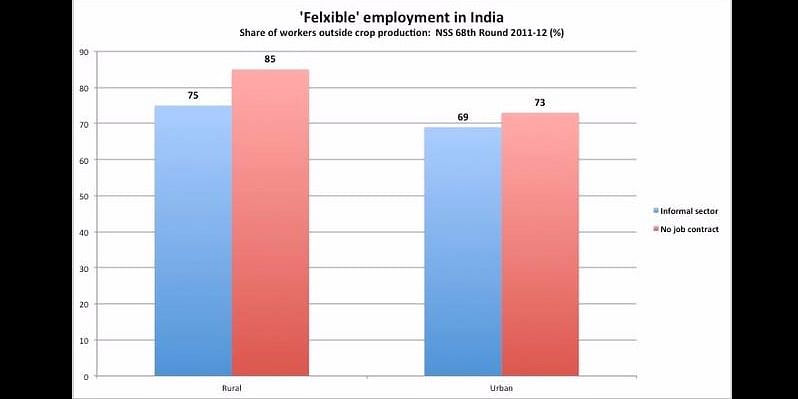 It acted almost like a drought does on the economy. And the non-agricultural sector, which usually acts like a sponge, failed to do so. Demonetisation delayed hopes of a revival in the economy, and demand deflation was extended.

Furthermore, Farm loan waivers across nine states has sucked up Govt resources for economic push through capital formation in the states. By end of June, 2017 Govt has reached 92.4% of fiscal space leaving a limited manoeuvring room.

Decision to withdraw 86% worth of currency may have its own merit probably to find out soring defaulters leading to ₹7.7 Lakh Crore NPAs as on 31st Mar'2017, it was not well timed.Nevertheless, it is expected it may have its advantage in the long run by way of blacklisting and delisting some 3 Lakh shell companies.

The economy which was yet to come out of demonetization shock, GST magic restricted the business activity to a larger extent.Technical glitches in filing GST returns and huge delays in refund of input tax credit for exporters have further dampened business sentiment. Refund of input tax credit if not quickly resolved, there will be a huge spurt in demand for working capital by companies which banks won’t be able to handle.

Incidentally, industrial experts who have been pressing hard for implementation of GST, which according to them will be another economic reform is nowhere to be seen now. Though there is no enough data to claim success or failure, but clearly industrial guru's are trying to find yet another escape route of their inability to generate demand and frame business model canvas ensuring growth and progress.

A debate is now being initiated holding Govt and RBI responsible for this economic slow down. It is being said that, interest rate has not followed the inflation down turn. Not concerned of the impact of interest rate reduction in this highly competitive global market and challenging political scenario, as in US & Europe, any reduction in interest rate will result in FDI outflow. Govt has to strike a balance.

Probably it is because of this reason that Hon'bl Finance Minister is likely to propose stimulus package to boost industrial activity creating demand.

But will that materialize too? How long industrial honchos keep on demanding sops from Govt?

It will be an uphill task to come out of the economic trough at a time private investment as a driver of economic growth is missing and government spending has been the sole driving force for the economy. While investment demand was anyway weak when the NDA assumed office, private consumption has also started decelerating ever since as claimed.

Theory of weak demand or weak private consumption has been condemned by surging Chinese export to India. 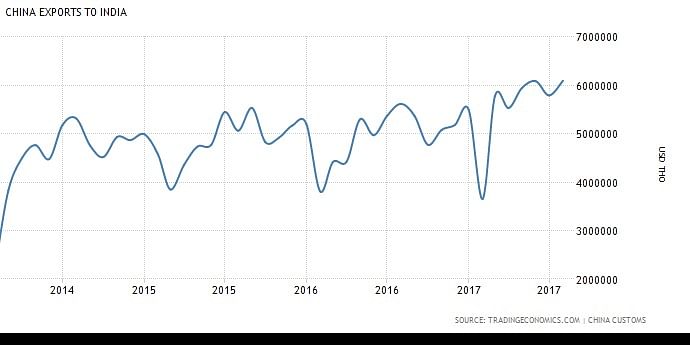 ndian trade deficit with China to the extent of around $ 52 billion gives a clear picture of incompetency and corporate volition. As per forecast, Chinese export to India is set to grow. 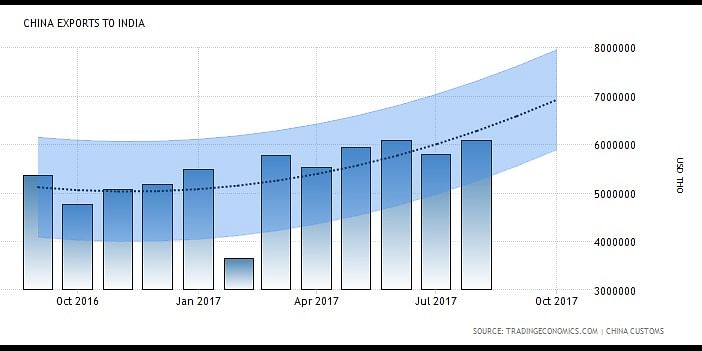 Till a decade back, the traders often used to source products — toys, plastic buckets, idols of Indian gods, among others — from domestic manufacturers. Now all that products, including handicrafts and cottage industry, are being imported at the cost of Indian economy. In toys alone, many Indian manufacturers who employed 500-plus people and were their suppliers. They have all shut down and now import from China, despite being toxic and compromised quality. In electronic goods sector, we stand to surrender. Solar sector is also apprehended to surrender.

Cheaper Chinese imports have wiped out the domestic industry at all level.

Putting more money into the hands of consumers, easy loan to SMEs and expediting divestment are some of the stimulus being explored to boost the economy.

Trust Indian entrepreneurs will utilize such stimulus for national economic resiliency. India is said to replace Japan to attain third global position by 2020 with $9.6 trillion up from $ 2 trillion.

As Shankkar Aiyer says - "Price competitiveness is a factor, but more critical is the challenge of need or rather product competitiveness — delivering what the world wants"..... "The answer is located in the delta between the observed and the observable, and depends on what the visible hand of government does and what the proverbial ‘invisible hand’ perceives". Can this be disputed? No.

Historically, Indian economy has always been a powerhouse that caused invasion by many. Indian ethos and economic wisdom through treatise of great ancient economic administrator ever since 4th Century BC has ensured thriving economy till it was preferred to crush. 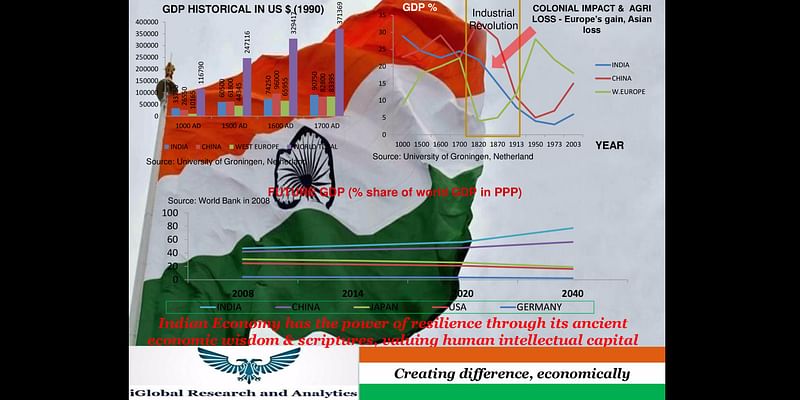 Indian Economic leadership steering global economy and powerful global entities is well acknowledged globally. It has the power to rebound with slight push and positive effort.

World Bank predicts global economy to strengthen to 2.7% n 2017 amid a pickup in manufacturing and trade, rising confidence, favorable global financing conditions, and stabilizing commodity prices, emerging markets and developing will recover to 4.1 percent this year. This will not be governed by artificial profit booking as in 2003-2008 that resulted in capacity addition by many to pay adversely thereafter.

The future of Indian Economy is like "One Bull" & "Three Bears". We’ve had some setbacks due to demonetisation and the introduction of the GST, but that’s water under the bridge. Growth will soon be back on track and the economy will be off to the races.Says Axis Bank chief economist Saugata Bhattacharya - "....the government’s objectives are admirable, but they have the potential to slow down the economy for a few years until businesses are forced to learn the new rules of the game". To rise out of underemployment in agriculture to more productive jobs in industry, we have to chart our path, which certainly is not going to be easy path, unless we change the way we are.

New high cannot be achieved unless participated.There are extraordinary connections between the economy and investment results, so investors who ignore the economy may be setting themselves up to fail. Decision makers who understand the economy's stress points fare best. They have a better understanding of what might happen next in the economy, and, as a corollary, in the financial markets. Economics for independent thinkers provides an economic framework for improving investment decisions.

These aren’t merely academic or semantic questions. Today, many companies find themselves competing with businesses whose primary purpose is not simply to take a small amount of market share, but to completely upend their industry and obliterate incumbents’ raisons d’être. The best way to fight complacency and defend against disruption is to go on offense. Instead of playing catch-up, companies should seek to change the rules of the game.The way we do business has its global impact and vice versa. Business Leaders worldwide expect their organization to capture competitive advantage.They must identify and invest in means of organic growth pushing for progress over perfection, and channel their passion and ambition in the service of disrupting their own business models. 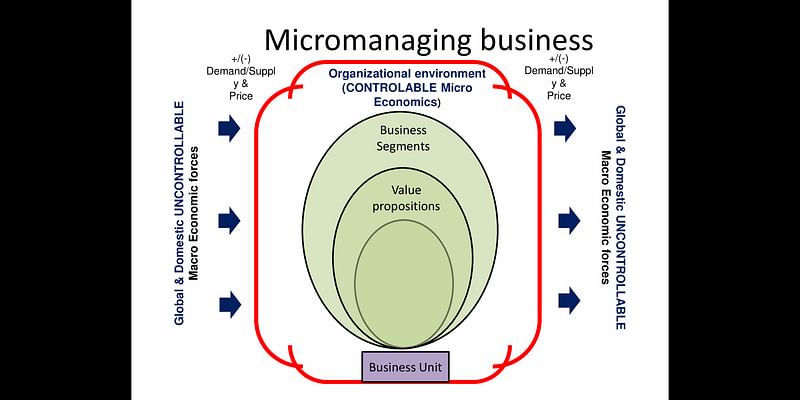 Embracing 21st Century Business perspective shunning traditional role and business practice is the call. Linear and IPO model is the concept of bygone days. Investing for organic growth and tangible returns will channelize their passion and ambition in the service of disrupting their own business models.While doing so, leaders must create a high level of urgency, gain clarity, and express a strong vision.Blend of Economics and operational analytics strategizing mathematics with operational algorithm are going to be the building blocks of future businesses that has the power of neutralizing macroeconomic impact at the micro level of operation.

Conversely, being a successful entrepreneur is not about being a CEO with few people generating close to no revenue. It is far more about building a company that can not only sustain itself and its employees, but generative revenue and, ideally, have a positive impact on an industry.

For his profile please visit Linkedin