[Travel Series] Badami: The Land of the Chalukyas 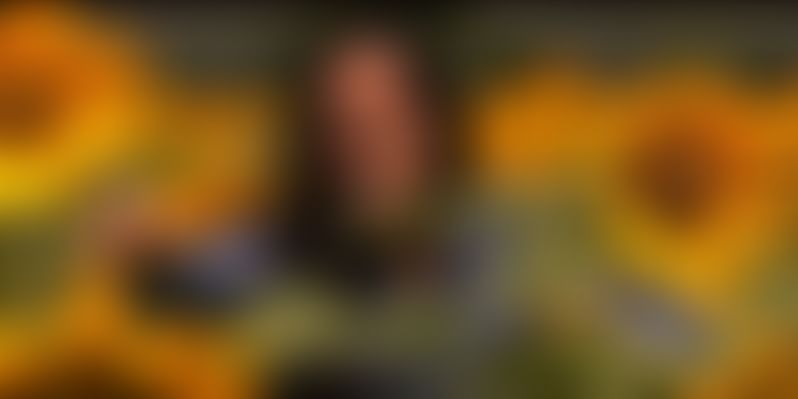 Traveling from Hampi to Badami was a 140 km trip, with a bus change in the cities of Hansped, Kushtagi and Gejendragir.

A long journey in public transport full of memorable moments, which flooded my trip with amazing experiences and people full of kindness.

AAO Hostels designed my sightseeing route around the village of Badami, a ride with a lot of history, nature and art.

Badami is historically connected to 2 other surrounding villages: the majestic architectural areas of Aihole and Pattadakal.

It was amazing to see, smell, touch, and photograph the sunflowers that spread like a yellow carpet on the sides of the road. While I was in the car, it was delightful to look out the window at the intense yellow that danced under the sun and dominated the landscape.

Photo #1: Dancing with the Sunflowers in Badami

Badami is located in the Bagalkot district of Karnataka, and was formerly the capital of the Chalukyas.

The reign of the Chalukyas spanned from the sixth century to the eighth, during which time four temples were built. While three were dedicated to the Hindu gods, the fourth temple was dedicated to Jain Tirthankars.

Badami is also a good place to enjoy more adventurous activities such as rock climbing, hiking and cave exploration.

Badami is well connected to other major cities in the country by bus. There are also trains from many cities to Badami. Flights land at Hubli Airport regularly.

By plane: There are frequent flights to Hubli. Badami is located 84 km away from Hubli Airport (HBX) in Hubli, Karnataka.

There is also the option to land at Sambre Airport (IXG), Belgaum, Karnataka, which is located 123 km from Badami.

By train: There are regular trains from many major cities of the country to Badami. The railway station is called “Badami” (BDM).

By bus: Badami has regular bus service to many other major cities. The name of the bus station is “Badami.”

The Karnataka Government’s Department of Tourism has an up-to-date website with useful information about the city.

The village of Badami lives on tourism, and there are many agencies that will offer their tour guide services. The city, however, is also ideal for walking around and taking things in at one’s own pace.

Tourist attractions in the area include a “belt” of villages consisting of Badami, Aihole and Pattadakal, which are connected by beautiful sunflower fields that fill the path with color. The ride is truly spectacular.

The UNESCO has stated that the designs of the Badami Cave Temples transformed the area into a cradle of architecture by setting a trend for later Hindu temples in other parts of India.

The temples were constructed between the years 567 and 610 AD by the Chalukyas.

• Agastya Lake: At a distance of 1 km from the Badami bus station, Lake Agastya is a huge body of water located at the foot of the cave temples. Fashioned in the 5th century, the man-made lake is considered holy because of the purported healing powers of its water.

The lake is frequented by residents of the village who go there to wash their clothes or bathe. The surroundings of the lake offer magnificent views of the hills dotted with historical monuments.

• Badami Museum: Badami is also home to an archeological museum that houses local curiosities and artifacts that give more insight into the ancient civilization and cultures that once thrived here.

• Aihole was the capital of the Chalukya dynasty, and is a city with a great and illustrious history. Its cultural significance comes from being the birthplace of Hindu temple architecture, evidenced by its more than 125 temples. Aihole is a delight for archaeologists, as several of its temples go back to Chalukyan times. While excavation and research into the history of Aihole are still active, many tourists seek out the city simply for its serene and spiritual environment. 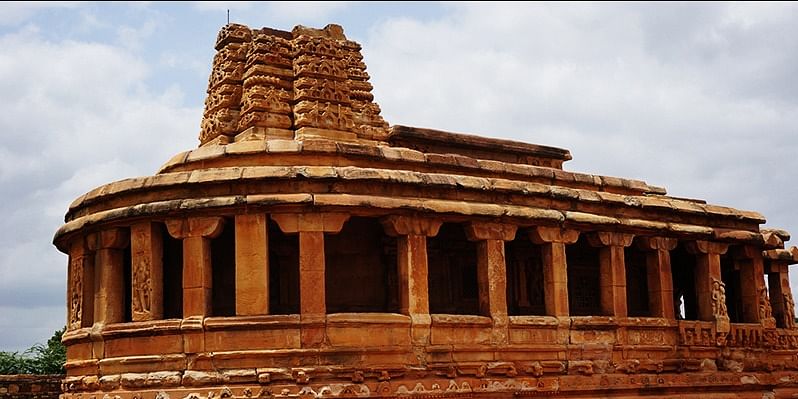 Photo #4: My friend Ajay told me, this building in Aihole inspired the construction of the Indian Parliament in Delhi.

• Group of Monuments at Pattadakal: Pattadakal is a testament to the architectural dexterity of the Chalukya dynasty.

There are 10 major temples in Pattadakal, all of which are dedicated to the god Shiva. The temples contain architectural elements and styles from both southern and northern India. The beauty and historical importance of these temples led them to be declared a World Heritage Site by the UNESCO in 1987. 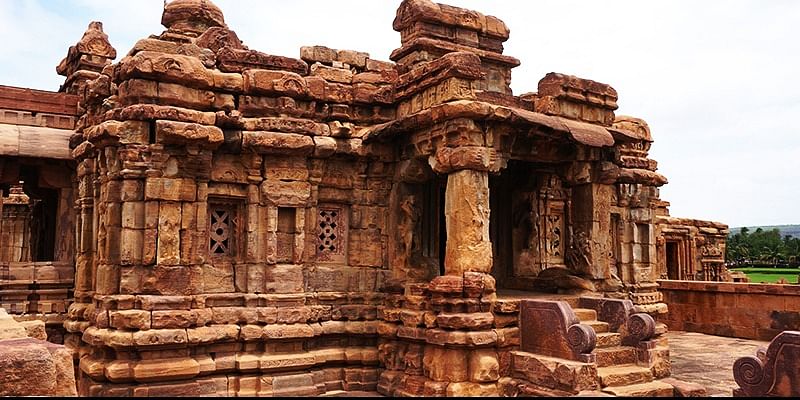 Photo #5: Pattadakal has been listed amongst the World Heritage Sites due to its remarkable temples.

The archeological zone of Badami, Aihole and Pattadakal is an ideal destination to learn about the area’s history, especially the legacy left by the reign of Chalukyas.

The architectural heritage and historical value of the area seem even more majestic when the kindness of its inhabitants is taken into consideration, as well as the restless monkeys that surround the Badami Cave Temples.

The learning will be constant: full of anecdotes and teachings.

The best time to go Badami is from October to March; the winter is mild and the temperature generally ranges from 15°C to 28°C. During the monsoon season (from July to September), it usually fluctuates between 21°C and 31°C.

There are minimal temperature changes throughout the year; the hottest it gets is in the summer, when it can get up to 25°C to 35°C.