Development on one side and Operations on the other, DevOps is a software development methodology that exploits the new logic of sharing and collaboration but also of more vertical crowdsourcing.

The target? Accelerate software release times that companies can no longer do without.

How? Bringing new levels of sharing and integration between developers and operations workers to speed up the design, testing and release times of business application solutions both in traditional environments and in cloud environments. All ensuring the quality and safety of the software developed.

What does DevOps mean?

One of the reference models of DevOPS is the so-called CALMSS, an acronym for Culture, Automation, Lean, Management and Measurement, Sharing and Sourcing. And this is exactly what defines DevOps. The DevOps, in fact, is a set of practices and cultural changes supported by automatic tools and Lean Management processes, which allows you to automate the release of the software with respect to its production chain, allowing organizations to be able to count on software and applications of superior quality and safe in an extremely faster way, to satisfy customers in the best and fastest way. As experts say, there are many tools, skills and common elements, between one DevOps reality and another. Making sure that one or more of these becomes an integral part of the business development process is a good start to speed up the release times of the codes and create more flexible and secure systems.

What is certain is that whoever boasts the qualification of DevOps is not said that he is a developer who can also cover the most operational aspect of programming, nor that an expert Ops has also learned to develop code. The fact is that DevOps assumes that there is an inter-functional team in an organization, where each resource is responsible for everything. In the business world, however, it is still very rare to find an organization that can qualify as a full-fledged DevOps store. Rather, there is a tendency to find a DevOps team, aligned with specific applications, such as a team specialized in mobile, another specialized in checkout and so on.

Not all DevOps is told

Companies move towards this new working model the fact that many ICT professionals work in environments configured for silos, and look for faster and more reliable systems to support their work. But how to facilitate the software production?

By introducing a DevOps strategy, it is possible to test and implement new features and applications much faster than traditional development methods, not to mention the fact that the developers themselves, working on the front line of programming, are stimulated to write higher quality codes.

Also take a idea : DevOps -How it works and What are the application areas?

At this point the question is another: how do you bring the DevOps into the company? First of all you need to understand what DevOps means. In fact, most of the definitions are always rather generic, focusing on theoretical guidelines: faster development, more frequent checks, automation, collaboration... But this is still not enough to seize the opportunities of this approach, of how it looks a DevOps store and how it works. In fact, it can happen that an IT team declares it only because it integrates a couple of processes in its production chain which is still very far from what a DevOps store should be.

The methodology is fundamental: the Agile side of the DEV

The DevOps is a two-sided medal. On the development front in a DevOps environment, the basis is the chosen working methodology. That said, a DevOps environment cannot fail to refer to the Agile methodology, that is to say the sum of principles derived from the "Agile Manifesto" which in 2001 defined a development model focused on the objective of delivering to the customer, in a short time and frequently (early delivery - frequent delivery), functional and quality software.

If you want to set up a successful IT shop, the first step is therefore to choose an intuitive Agile methodology, with development frameworks such as Scrum (which emphasizes all aspects of project management related to contexts in which it is difficult to plan in advance) or KanBan (which helps to visualize and make explicit the workflow to recognize improvement opportunities first, limiting work in progress). These frameworks are important because they help development teams quickly define goals and priorities, assign tasks, and identify where problems can arise in the development of a process.

Read More - DevOps -How it works and What are the application areas?

Another key feature of a DevOps development system are continuous integration (CI) and continuous delivery and / or continuous distribution (CD). CI means that in the development process the tests on a portion of code are continuous and automatic, while CD means that the process of putting the validated code into production after due testing becomes automatic. This is how release times speed up.

In the past, for example, many companies put the new code into production at set times. But the speed of the business has made this model for release cycles rather obsolete and in contrast to the DevOps which, on the other hand, aims precisely to automate the release cycle to make it as immediate as possible.

The code, in fact, with Devops is stored in a source repository which is used as an archive but also as a source to check the various versions. That Git (a version control system ch and is used to record the changes that you make to a file or set of files over time so he can retrieve a specific version of that data at any time) is also higher than many open source repository, having more advanced control systems than, for example, the older Concurrent Versions System (CVS) or Apache Subversion.

Written by none other than Linus Torvalds, the father of Linux, Git was born in response to a need from the open source community that asked for a decentralized system that developers from all over the world could easily access. As the experts underline, it is a decentralized tool that works well also in the company, where the development teams can be distributed among multiple divisions and between different geographic locations.

IaaC, or Infrastructure As a Code

Software code isn't the only item stored in the Git repository. Increasingly, in fact, scripts are also stored that contain all the details of the configurations and the models created with the configuration management tools such as, for example, Puppet and Chef, which are two of the most popular languages.

The generation of automatic methods to configure and implement the infrastructure has given rise to the concept of infrastructure as a code (IaC). Rally Software, for example, is an Agile-inspired project management software provider that has spent a year and a half working on creating Chef-based configurations for its most important services, developed on 60 VmWare hosts and AWS instances.

Rally Software engineers also have strong skills in Ruby programming. The choice of Chef as a configuration management tool allowed the company to find a valid system to quickly install the software. But Chauncey also underlines how this methodology is also effective for writing models for all systems, not only for Web services or the related microservices.

Specifically, having an infrastructure as a code means that it can be incorporated into other DevOps processes, both for testing and for production. Rally Software stores all its infrastructure configurations in the GitHub repository, tested and distributed in a continuous way exactly like the rest of the continuous integration and implementation processes processed dozens of times a day. Whether it's software code or infrastructure, everything goes from the same automatic process methodology, regardless of what changes.

The connection with the cloud

The DevOps have a key role in the cloud. In fact, companies that have a cloud infrastructure constantly need to manage a range of resources and capabilities that can be solved by DevOps.

Cloud in DevOps key doesn't need to be based on AWS or public cloud. Deutsche Telekom HBS, for example, uses AWS for development resources but has built an internal private cloud based on Citrix CloudStack and VMware for its production environment, using Jenkins for continuous integration, homemade scripts, archived Chef configurations in GitHub and Ravello services to create production development sandboxes on AWS.

However, the companies that are opening up to DevOps are struggling against legacy infrastructures, which are not always able to interface with modern infrastructure automation tools , let alone with private cloud situations.

Some operators specialized in automation of infrastructures such as QualiSystems or CFengine are focusing on the management of legacy infrastructures that solutions of the caliber of OpenStack do not yet support (if they ever will).

There are IT Shop DevOPs capable of developing intelligent solutions for legacy infrastructures, such as writing an API level to translate specific actions. Even if you have EMC solutions with a limited number of attacks, the DevOps will help you not to throw anything away, finding the right solution through a new programming mode.

The advantages of the DevOps methodology

In addition to improving the quality of the code, the DevOps methodology ensures the success of the software and, in general, of all applications. Programming and development, working in a continuous cycle and in synergy on portions of software instead of on the whole program as a whole, in addition to guaranteeing greater stability and safety, accelerate release times but also the possibility of further evolutionary development without unknown factors . This means capitalizing on the work of the DevOps teams to the full advantage of the time to market of the business. Customers thank and costs are reduced significantly. 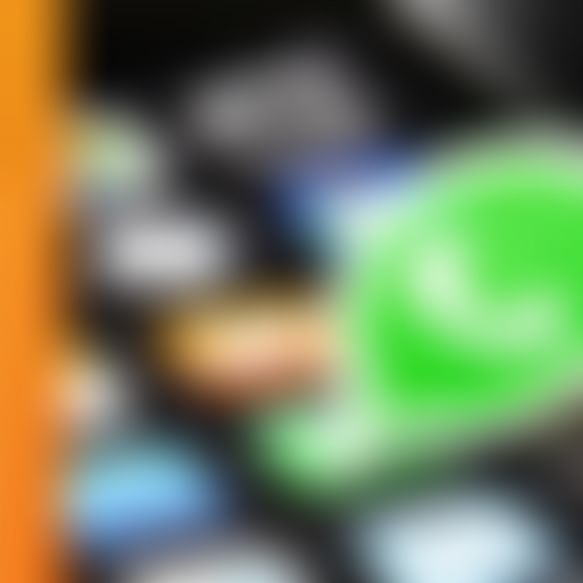