Strategist and managing director: imagining MSD in the corporate setup 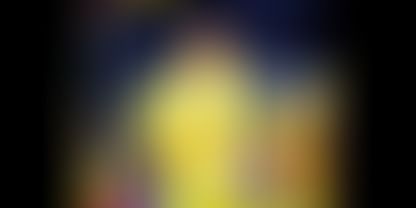 There's always a melange of emotions which find a vent when a certain Mahendra Singh Dhoni steps on a cricket field. In this bipolar world, there is no dearth of opinions people tend to form of him. Contrast presents itself as vividly as it possibly can. For some, he is a person past his prime, surviving fundamentally on his self-confidence; counting days before he calls it a day. For the countless others, MSD seems to have drunk the elixir of youth; appearing fitter with each passing day, and clearing boundaries at will.

Yet, time-and-time again, the man turns up and just within the space of few innings, rolls back the years and silences his critics. Some term it a flashback, some term it renaissance, while some term it as Dhoni's just another day in office. The most adamant pessimist too wouldn't turn off his TV set till the time Dhoni was on the crease, notwithstanding what the required run-rate was. Dhoni equals hope. Just like as in Bollywood, the nation's competing heartthrob, happy endings were the order of the day. The hero had to unite with the heroine. Dhoni had to win it for his team. That was the script. A few anti-climaxes and the nation loses its head. The living-room sofa analysts then had a field day.

No matter how much do you study MSD, there are some aspects of his which you cannot even comprehend - of how a man, always at the center stage of a cruel sport and a pair of billion eyes, always manages to keep himself desolate and aloof from the drama his job brings along. His attachment to the game comes from a certain sense of detachment. The strategist in him always has to think with an uncluttered mind, keeping human emotions and their perils aside.

Turn back to IPL 2018's Match 24, when CSK chased down RCB's mammoth 205, riding high on Rayudu's stroke-play and Dhoni's yet another masterclass blitzkrieg. Dhoni's replies in the post-match presentation ceremony made a fitting case for academic study. If we let our imagination flow off the track slightly, Dhoni would have made for a perfect strategist and a managing director in the corporate world had he decided not to pick up the wicket-keeping gloves and the cricket bat. Dhoni in a formal attire would have been equally successful as Dhoni in a team jersey. Sports and the corporate world are run by the same common set of denominators.

Below are the extracts of MSD’s post-match presentation replies, and how would have he helped shape up an organisation had he been a white-collared strategist and managing director of a corporate organisation:

1. "I thought when we had the innings break, this was difficult to chase because when I was keeping, I felt AB batted well to get them to 200 runs and it was tough to score. I thought it was 15-20 beyond par score. This was a slightly slow wicket and that's why AB's knock was special. It wasn't an easy wicket, it was not a wicket where you could bat like that, credit to him.”

Dhoni approved his opponent’s brilliance. Acknowledging the good craft of your opponent or your competitor is the first step in gauging how tough is the task at hand. The target must always be broken down before it is scaled down. A preliminary assessment of the goal goes miles in finding pathways of how it is to be achieved. The corporate strategist’s first data point is his own analysis. Brilliance breeds brilliance. Dhoni, the corporate strategist, would have aced this stroke.

2. “The key for us was the two left-handers but we lost them early. Just had to hang around there. This is a small ground, the ball travels and there was just a bit of dew and it worked in our favour. Rayudu batted really well. Got a very good partnership and then Bravo striking at the end, overall it went perfectly according to the script. Not exactly as we had planned, but still the script was good.”

Dhoni would have expected his left-handers to fire, considering their form, magnitude of the target and the combination of the opposition’s bowlers. However, not everything goes as per plan, as most corporate managing directors would agree. The key factors, at times, turn out to be the biggest disappointments. The key is not to over-rely on some, but rely uniformly on the entire team. Knowledge of the terrain-dynamics is pivotal both from strategy formulation and execution perspective. Though Dhoni was the anchor and the swashbuckler of the chase, his first comments reached out to Rayudu and Bravo. Lessons on team-dynamics, anyone? A plan remains a plan, only till the point in which the context remains the same as forecast. However, the ability to shepherd the deviations and redirect the combined efforts towards the collective goal separate the chaff from the wheat.

3. “It is a good exposure for some of our death bowlers. Shardul will get better. The more he is under the pump, the better he will get as the tournament progresses.”

The best managing directors know there is nothing like an adverse time. It’s either an opportunity to succeed or an opportunity to learn. Learning curves get developed more in the supposedly tough times than easier ones. These lean periods are the time when the executives need to be backed and made future-ready. Dhoni ticks these boxes like a true champion. The best simulations are those which happen on the field!

4. “It's important to know the overs that are left and who will bowl the death overs, who is their best bowler on that particular wicket and who you can take on. You may win or lose, but it's about getting the process right.”

Anticipating the opponent’s box of tricks is a given for a managing director to succeed. All said and done, anticipation is a simple process, considering that the resources available with the opponent aren’t entirely alien or aren’t entirely shrugged under the carpet. Matching one’s strengths with the opposite party’s apparent weaknesses is what the best-in-trade managing directors do. Had Dhoni led a corporate organisation, it wouldn’t be surprising to see him following a similar trait.

5. “Not everybody knows what kind of a game is theirs and what really is their strength. You will score runs with the experience you have got, but if you can help the other batsman with what to play, run quicker between the wickets, tell what the bowler could do with his batting style - all these things really matter, and that's what I feel is the job of the finisher. It's not just about me batting at the death. Sharing the experience with the youngsters or whoever is batting and helping them getting the score is key, because tomorrow I may not be batting with him or I may get out, he needs to do the job.”

With all due respect to the people who draft job descriptions, the Managing Director, ideally cannot have a pre-defined JD. His role is dynamic and often extends beyond his cabin. Evaluating his team’s individual and collective strengths, and mentoring them to glory is what an MD must typically do. An irreplaceable MD, is in fact, not a good MD since he has created a culture where he is the whole and sole. In fact, an MD whose team can survive without his intervention is a better MD than the one whose team falters without him. Succession planning, knowledge sharing, encouraging young talent – these things are delicate and not-too-intense; yet the foundation of an organisation relies heavily on these aspects. 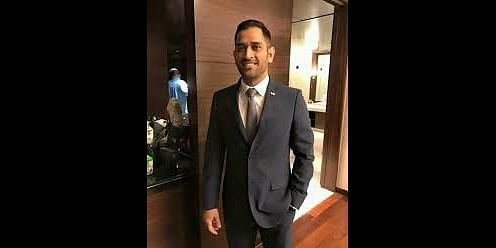 It is without an iota of doubt that one can say MS Dhoni would have been an ideal strategist and a managing director of a corporate organisation. Only if, we could get a glimpse of Dhoni in formal clothes!