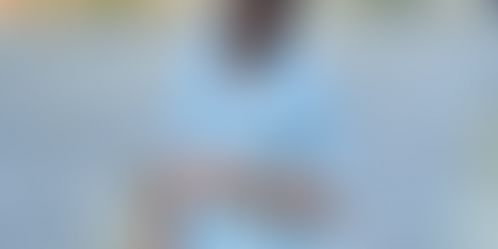 But, the major challenging influencer marketing aspect is to discover as well as manage influencers efficiently. It's imperative for you to build strong relationships that are beneficial for you and your influencers, which is fundamental to accomplish objectives from influencer marketing. Of course, this is not simple as it seems to be!

Dheeraj Jorwal, who is the founder of India's fastest growing Influencer Marketing and Management Company Called Brandzup, has shared few tips that one can follow.

Influencer marketing, no doubt, involves much creativity when it’s about content. But, for that, one needs to ensure that one approach it in a logical way too.

In order to do that, one has to outline objectives of their campaign. Also, for efficient influencer management, ensure you must have shared them properly with the influencers. It's vital for them to recognize what actually you want to accomplish. This way they will be able to deliver accordingly.

Ensure your objectives are realistic, time-bound, measurable and well defined. So, share a brief of campaign with the influencers which will include information about the campaign including goals as well as KPIs, information regarding the brand as well as product you wish to promote.

Generally, all brands must take utmost care in order to pick the correct influencers for the campaign. Also, make sure that their role aligns with your industry as well as brand.

The campaign must be commonly useful to you as well as your influencers only if an opportunity is applicable. You have to likewise think about their scope, audience, commitment rates, etc. This might sound overwhelming but with correct tools as well as platforms, one can with less efforts locate the correct influencers.

Some platforms such as BuzzStream, Reelio etc. can really help one in finding influencers by category, area, social media networks as well as industry. Even, one can also observe their reach and can run their campaigns without any efforts.

After choosing the influencers, it's important to believe in their creativity with regards to creation of content. You have to give them total creative freedom and avoid excessively prohibited content guidelines. Influencers know better how to communicate message to the client in a better manner. Influencers love to work for those brands that give them complete creative freedom.

Influencers have enough ability to develop your complete brand exponentially. Also, you have to compensate the influencers in a proper manner. They must not feel as if you are trying to take advantage of them.

Thus, this is critical to persuade them to show their urge towards your campaigns. Money related pay could be the best approach to pay influencers for their hard efforts.

Think about an influencers reach, authority, engagement rates when you settle on the amount to pay them. Even, you can also consider business rates for deciding the compensation or pay.

In addition to financial incentives look for some other approaches for providing value to the influencers. For instance, you can provide them your product samples free of cost, sponsored travel experience and so on. Reward them well if they have put additional efforts in your campaign.

Try to build strong and long term relationships, as it will help you only in taking your entire business to the next level. Communicate with them on frequent basis as well as start discussions apart from your business too. Make enough efforts in order to know them in a better way.

Look for some ways that can help them in reaching their personal goals. Also, share their content completely on the social media accounts of your brand.

Give an invitation to them for events and product launches; introduce them with other people as it will only help them in gaining much visibility. This will benefit you only since they will try to put their hard efforts in your campaign.

Treat them as if they are a part of the team as well as subscribe simply to their blogs. It takes hard efforts in order to build long-term relationships, which, no doubt, is the backbone of every successful business.

The accomplishment of the influencer marketing campaign totally relies on your relationship with the influencers. Do you know the major and most common issue that influencers experience when working with other brands? They expect a lot too early!

Brands must realize that influencers also have other duties and not only work. One must not expect from influencers to give their complete time to the campaign. You have to be sensible regarding deadlines. Allow influencers much time so that they can do their best.

Determine the project deadlines together and be truthful regarding your needs and make sure influencers recognize what you are actually expecting. Avoid last-minute modifications in the campaign so as to evade undue stress.

Hope you have enjoyed reading this article and it helped you in knowing more about influencer management.

Influencer marketing only works in best way when influencers properly understand your needs and expectations.