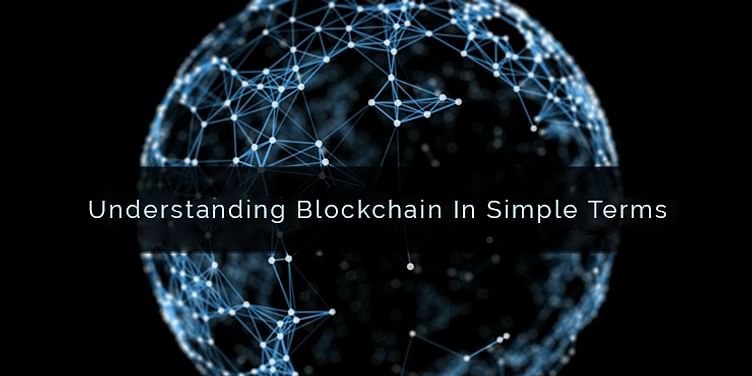 Essentially, a Blockchain is a database that can be used to store anything. It is different from most of today’s databases and offers better and more secure ways of storing information.

Now, we all store our data somewhere — the photos we click and the messages we send are stored in our phones, the movies we download are stored on our computer and so on. In the case of most modern databases, the control lies with a central administrator, who gives permissions to users to read, write, edit and delete data onto the database. Now, why do we blindly trust this central authority? What is to stop this central authority from making changes to our saved data? Our data could be edited and we might not know about it until it’s too late.

The most noteworthy feature of Blockchain is that it isn’t dependent on a central authority for storing data. This also means that there is no single point of failure for the system. Instead of a single user having supreme control over all the data stored on the database, the ability to read and write anything on the database is distributed among multiple entities who must come to an agreement/consensus before data is written onto the database.

Also, if the central database containing all the data crashes, there is no way to restore the lost data and it’ll be gone forever.

With Blockchain, the scenario is different. In a Blockchain, the data is stored on multiple devices connected to the network. This means that instead of the entire data being stored in only one single location, multiple devices connected to the network would store either an entire copy or parts of the database. The devices are constantly updated with new data that is recorded onto the Blockchain.

Unlike most modern databases, the Blockchain network cannot be hacked into as there is no single point of store of data. Any attempts to hack into the network would mean that all the data stored across the network on all the devices would have to be hacked into simultaneously, making a successful attack virtually impossible, as the cost of hacking such a distributed system goes up considerably.

Now, a very interesting aspect of a blockchain database is that anything once recorded cannot be edited, but can only be appended to. When we store data onto a Blockchain, the date and the time of storing that data onto the database also get recorded with the data. Any changes to be made to the data would have to be uploaded as a new record.

This allows users to track any changes made to the data stored onto the database, as the newer data uploaded can be compared to the previous version of the data. Data once recorded will always remain tamper proof.

Now, what happens when you want to share files? Consider the example of sending an email (through Gmail) to a friend. When you send an e-mail, the data you sent first goes to Google’s central server and after passing through multiple servers, finally reaches the receiver’s account. Obviously, this is a very lengthy process and sometimes, transferring big files becomes even more time consuming. Some service providers may even charge some money to support your file transfer. With Blockchain, since all the users are connected to one another, the transfer takes place directly between users and there is no need for any third-party intermediary in the transfer process.

Blockchain has revolutionised the process of storing and sharing records. This technology can be successfully used in a variety of fields like –

The use of Blockchain technology could be extended to the field of governance by making election results fully transparent and accessible to the public. This would introduce some transparency in the polling processes. Also, the details of Government schemes could also be made public to see how much of the taxpayers’ money is being used for the right purposes.

Startups or companies looking to raise some funding could release tokens that the public could buy. The public would be funding the company, instead of a limited number of VCs. This way, the people are given the power to fund the companies they believe have potential to grow. This would also revolutionise the relationship between businesses and the public.

The data stored on a Blockchain would always be stored on a distributed database. It cannot be edited or tampered with. This assures the users that their data would be safe from all kinds of hacks. In today’s world, where security is paramount, such a technology would attract a large audience and could even be used for storing confidential government data, account related data in banks and so on.

The Blockchain technology can also be used for the enforcement of Intellectual Property Rights since it allows the tracking of ownership of data. Various publishers and content creators can track ownership of their published data as the data uploaded onto the Blockchain would be under their name with proper mention of the date and time when it was uploaded. The data uploaded by Mr. A would make Mr. A the owner of the content and he alone would have the authority to share his content with other people, eliminating the need for third party vendors and helping reduce piracy of content.

Blockchain potentially eliminates the need for clearing houses and auditors to verify a trade as a trade takes place directly between users. This would lessen the expenditure on record keeping, which would which would enable organisations to profit in the long run.

Scenario and future in India

With the current trend of developments, it is not incorrect to say that the day is not far when the Blockchain technology is adopted and integrated into our daily lives.

The What and Why of Hybrid Printing