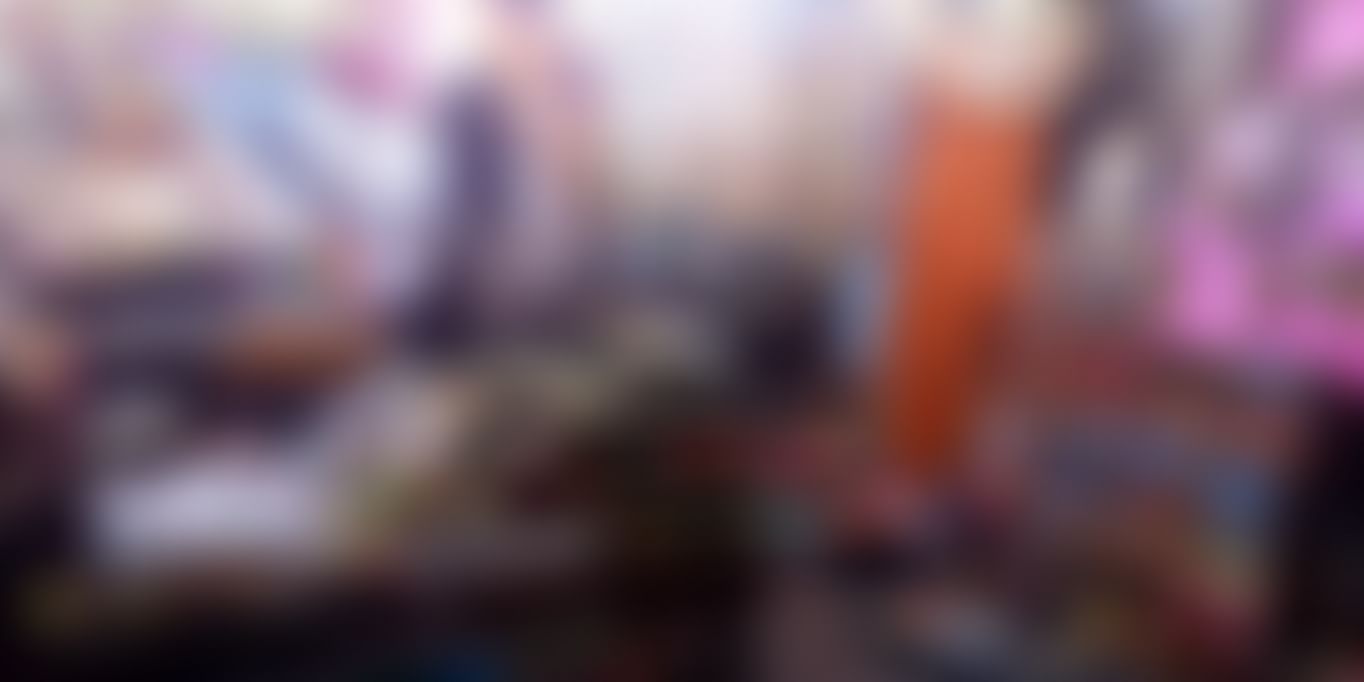 Madurai is a very prominent pilgrimage destination in Tamil Nadu. Being one of the oldest cities in India, it is constructed in the form of a lotus. It wouldn’t be wrong to call this historical city the religious capital of the state. The temple town is also referred to as the Athens of the east. As a prominent tourist destination, Madurai receives travellers with diverse interest from all over the world. Although known prominently among its visitors for the Madurai Meenakshi Amman Temple, the city is home to many wonders. Other than the architectural delights and religious heritages, Madurai is also the place where you can enjoy authentic Tamil Nadu cuisine. 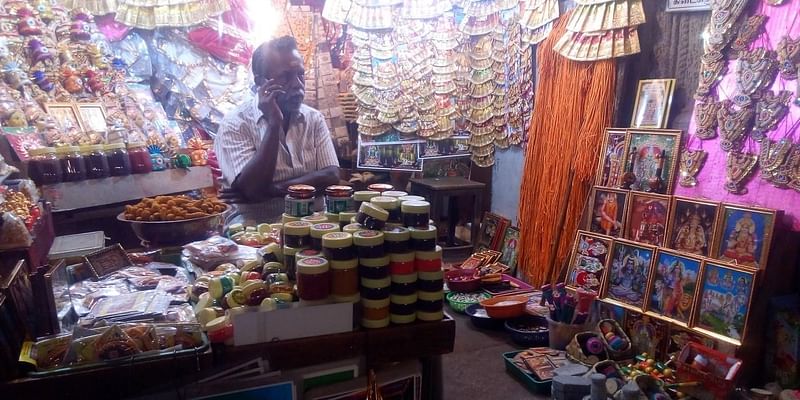 Like most parts in Tamil Nadu, Madurai has a very hot and dry climate. The region has winter from December to February and the weather is pleasant at this time.

Around every corner of the city there are numerous restaurants and street food stalls that welcome customers to authentic and delicious south Indian delicacies. From the popular Murugan Idli’s special Pudi Idli to fried Murukku’s made of many flavours in different shapes, Madurai is packed with foods that will please your taste buds. Whether you try the vegetarian restaurants near the temple or the non-veg hotel inside the city, you are bound to find some lip-smacking Tamil Nadu specialities here. 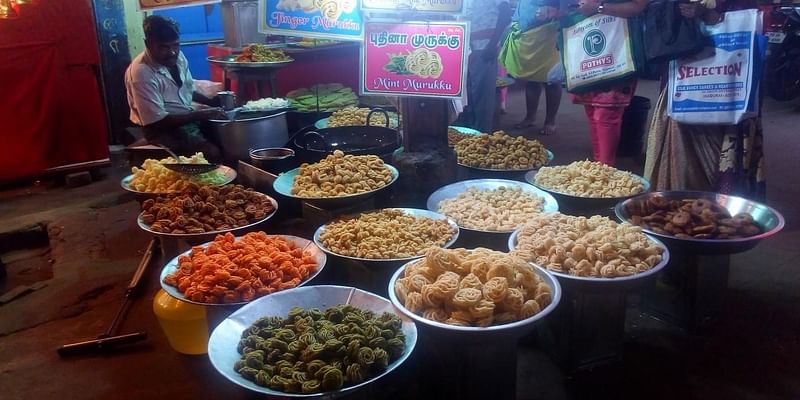 Figure 2 Fresh Murukku sold on the street in Madurai. Which one do you want?

Jasmine flowers in the city are well-known for spreading sweet odour and many popular temples stand symbolizing the land’s rich cultural legacy. Madurai, as a city has received importance throughout history, evidences to this almost date back to 550 AD. Madurai is home to many temples that showcase the architectural wonders built by Pandya Dynasty. Along with ancient temples, the city is also known for Gandhi Museum where Gandhi's blood-stained dhoti has been preserved. Madurai receives many local and international visitors throughout the year.

The ancient Madurai Meenakshi Amman Temple is a prominent pilgrimage destination in South India. Sundareswar (a form of Lord Shiva) and Meenakshi (a form of Goddess Parvati) are the two prominent Hindu gods that are worshiped in the temple. A Nataraja statue stands at the centre of the famous Temple Museum. The temple is located in the heart of the city and can be easily reached through any means of local transport. 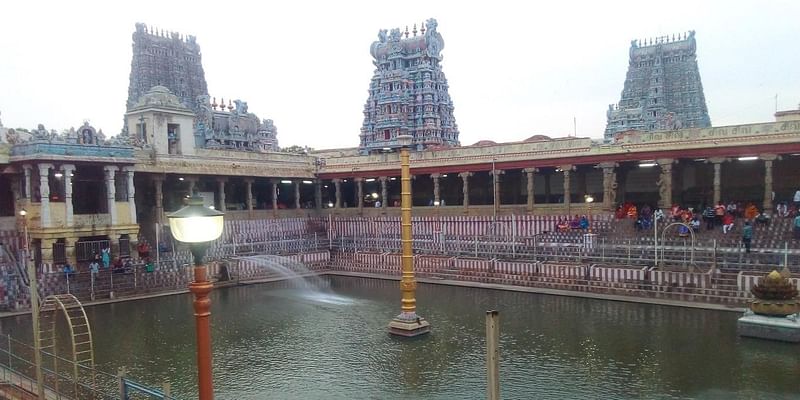 At hardly 1 Km from Meenakshi Amman Temple is the ancient Koodal Azhagar Temple. Koodal is also the local name for Madurai and Azhagar means the ‘beautiful one’ in Tamil. The beautiful deity worshiped here is Lord Vishnu. Built in the Dravidian style of architecture, the temple consists of Lord Vishnu’s statues in three different postures.

The temple is located at 21 Km from Madurai and many local buses operate in the area. Azhagar kovil or Alagar Kovil is a temple shrine dedicated to Lord Vishnu. Lord Vishnu is worshiped here as Sundararajar and many statues of the lord in various posters are found inside the temple. Situated on the lovely Alagar hill, the temple has statues that carry historical value and pillars with sculptors showcasing Nayaka art.

Located at just 7 Km from Madurai, Thirupparamkundram is a popular Murugan Temple. The cave cut temple built by the Pandyas is situated on top of a steep hill. Many visitors go up to the temple through the stairs, a few youngsters climb up the rocky hill. There is also a pond called as Thirupparamkundram Theppa at the bottom of the hill. 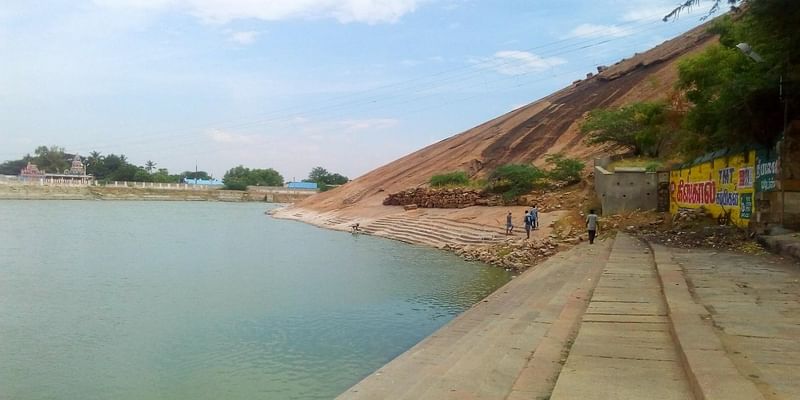 Gandhi Museum in Madurai is one of the most important Gandhi Museums of the country. The museum has a collection of letters that were personally written by Mahatma Gandhi. It also houses a dhothi that is stained with Gandhi’s blood. Many other artefacts with great historical significances can be seen in the museum.

Madurai has a limited number of hostels but has abundant hotels. Being a popular tourist spot, it offers accommodations for a range of prices. The average price range can be in between Rs 400 to Rs 1,000 per room.

Train: Madurai Junction (MDU) is very well connected to almost all parts of the country.

Road: Many buses operate in between Madurai and other major cities. Madurai is also well connected with other villages and cities of Tamil Nadu.

Air: Madurai International Airport (IXM) receives flights from all over the world.

Local Transport: Local transport is the best way to travel around Madurai. Local city buses are cheap and are well connected to most part of the city. Hiring autos here could be quite troublesome. Share autos are lesser in number in comparison to other cities of Tamil Nadu. Some try to pass off a three seater as a share auto and others try to charge excess, be aware of such people. To avoid trouble, know the exact distance you have to travel and confirm how much locals pay for it.

A note to the backpacker

Madurai is a beautiful place with great architectural and religious treasures, and mouth-smacking street food. The destination is apt for those looking to learn about the religious and spiritual legacy of the land and understand its cultural influence on the locals living in the area at present. The language spoken in the area is Tamil. As the locals are quite used to tourists, people who can communicate in English and Hindi can be found here. Madurai is fairly commercialized and this aspect is seen throughout the city. Avoid auto drivers and vendors that try to charge you extra and you’ll be fine. :D