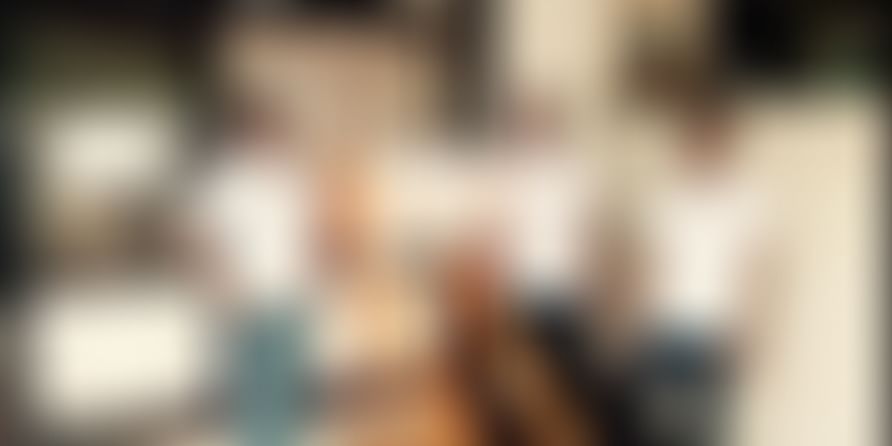 Young Team of Professional are giving their 100% in Rise of GREEN Energy in Kutch (Gujarat).

Born and Bought up in Rajput Family of Gujarat, Amardeepsinh Harpalsinh Jhala a school dropout & Jaydeepsinh Virbhadrasinh Jhala a Commerce Graduate are from field of Shipping & Logistics industry having spend their most of the years at Kandla & Mundra Port building their careers. The 2 young blood wanted more than job and they started a company Jay Shakti Enterprise and they wanted to diversify into different business ventures . Nearby their Native village SAUKA & ANKEWADIYA Near Limbdi in Gujarat past few years they noticed large development of Solar Project being installed and by this an idea clicked their mind to have such Solar Plants installed on their bare land in their village by giving it on lease to Solar project companies but due to low rate by Government the project could not be processed and had to be hold on to this for time being till the Rates are increased by the Government. Most of the villagers have large acres of waste land which they wanted to convert into Solar land by giving those land on lease to Solar companies so by this the villagers who had nothing to earn from Waste land could generate some amount which can be of help for their livelihood. At present the Solar Tariff given by the state government is very less and hence the entire idea has been kept on hold. The next idea which struck their mind was if not Solar Project on vast landscape than why not have the same business with small products such as Solar Rooftops, Solar Water Heater, Solar LED Street Lights, and many such products that can be reached to every house of Kutch District where a SUN is very easy source of Solar energy. 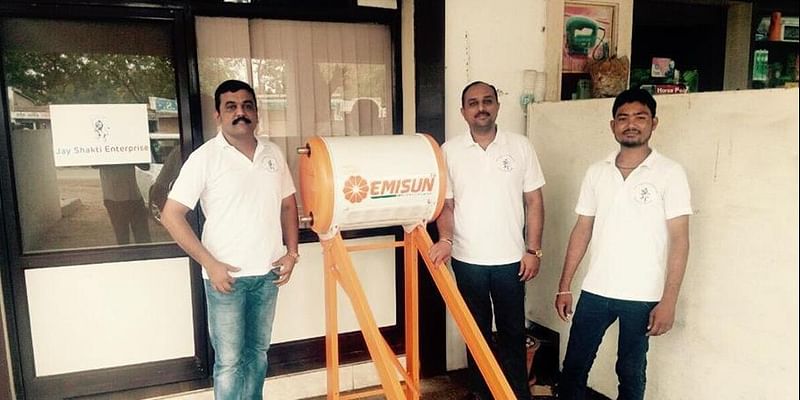 Solar Products is not new idea offcourse, but Gujarat still lacks in Solar comparing to other states like Rajashthan, MP, Punjab, Karnataka where villagers have started to opt for solar along with those staying in cities have also started transforming the power supply from electricity grid to Solar Roof Top’s. Jay Shakti Enterprise under brand SHAKTI SOLAR, is all to have the Solar reach each & Every village of Kutch district which includes Residence, Hotels, Industries, Schools & Gram Panchayats. SHAKTI SOLAR is the only company in district which gives their 100% to bring awareness to public on usage of Solar Energy. SHAKTI Solar is selling Solar Water Heaters, Solar LED Street lights, PV Modules, Solar Home Light Systems, Solar Roof Tops, Solar Lanterns and so on..

This young entrepreneur's have also converted their office from Electricity Grid to Solar Power, 95% of power in their office is generated from Solar.

Our motto is: On Every Solar Water Heater we install, we shall gift a Plant Sapling FREE. 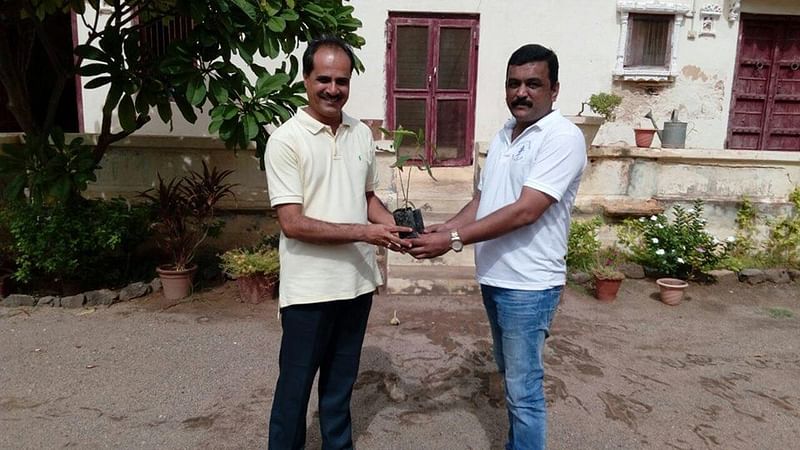 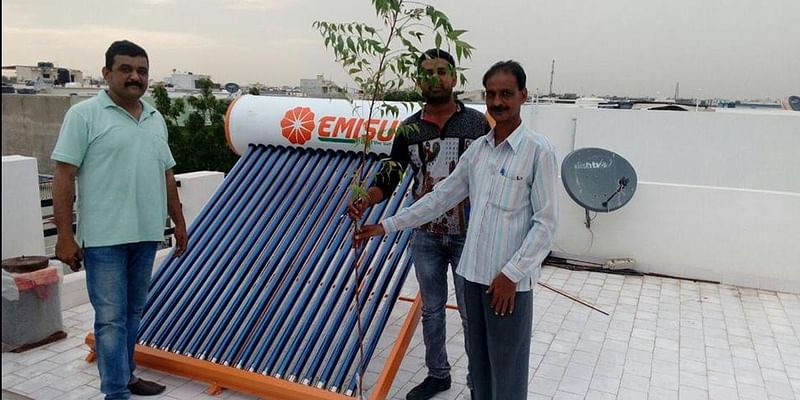 Gifting Plant sapling to our Client Shri. Ashwinbhai on installation of Solar Water Heater at his Residence in Gandhidham. 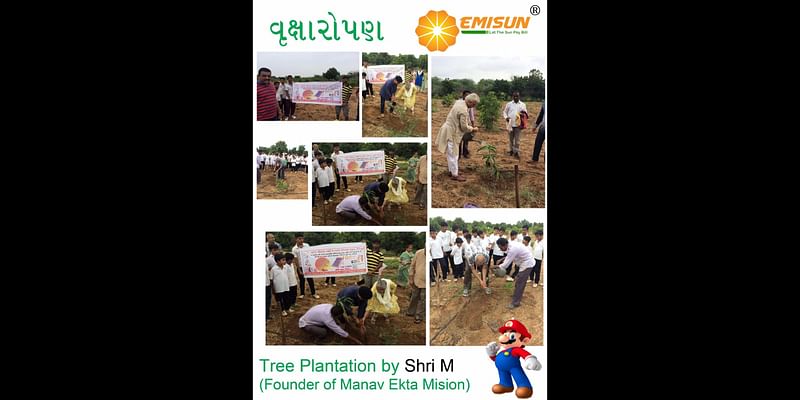 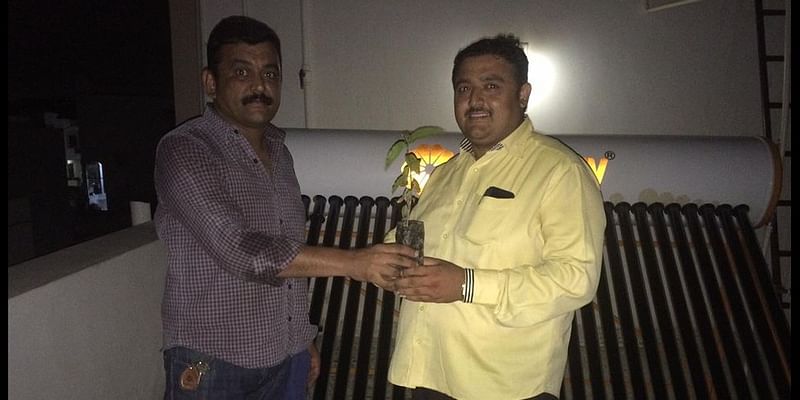 Gifting Plant sapling to our Client Mr.Rupesh Soni, on installation of Solar Water Heater at his Residence in Gandhidham.

This will also help is growing more trees, and its our Slogan the We Generate GREEN Energy. & its not the slogan we say, we have been spreading GREEN energy by doing such initiative by distributing of Plants Sapling and by Growing Plants as well. 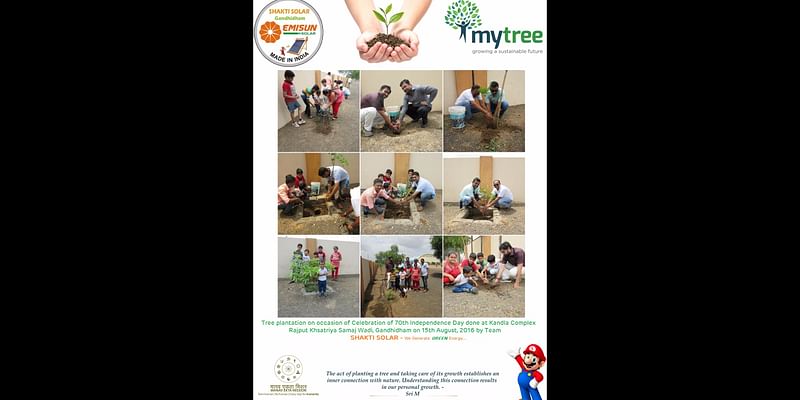 Tree plantation by young Team on occasion of Independence Day held at Gandhidham under #MyTree initiative.