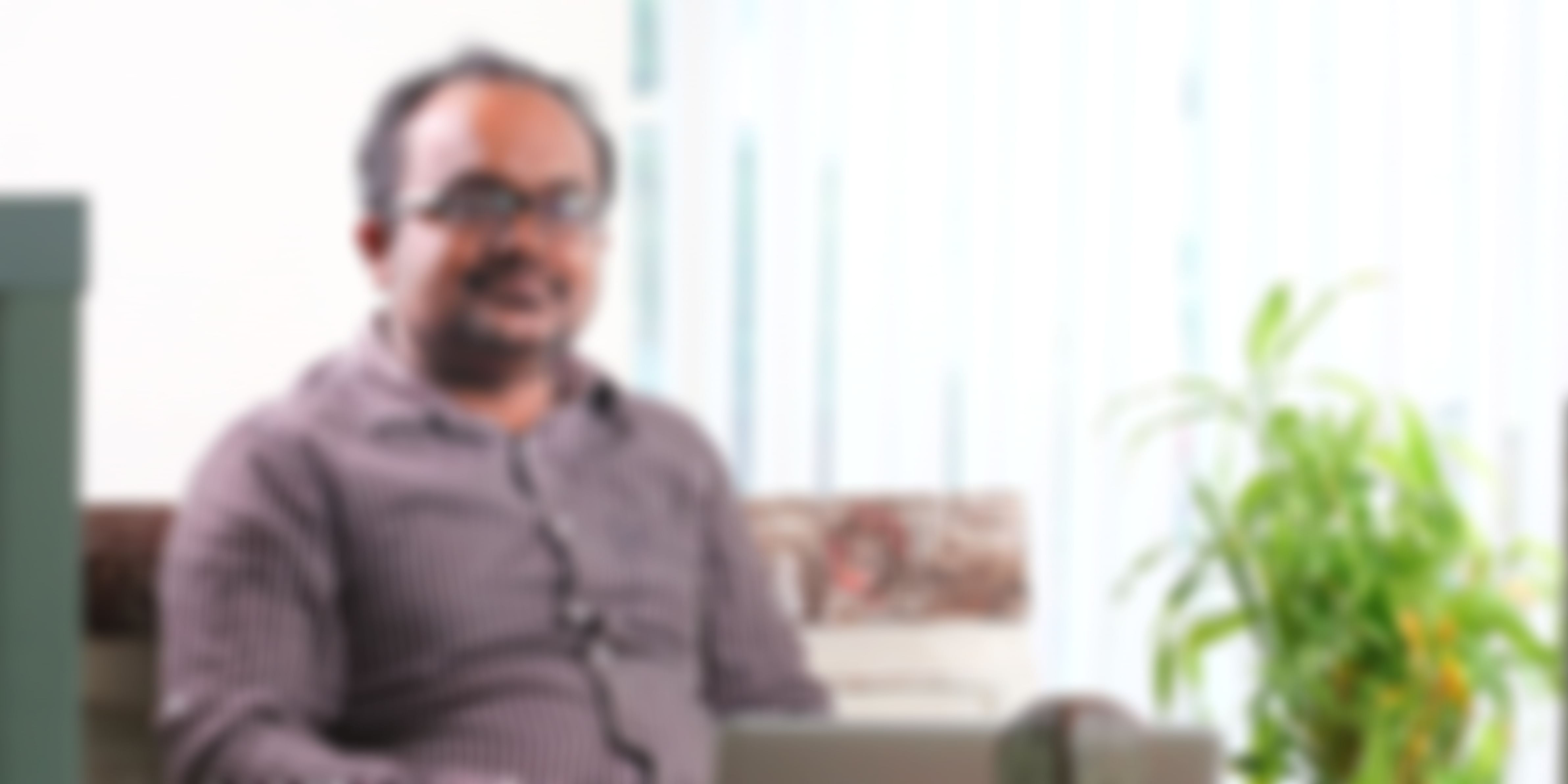 This is the story of Satyajeet Pradhan, Founder and CEO of Bizydale Nets, his hardships, dedication and passion to make his startup an asset for other startups and business.

"Champions aren't made in the gyms. Champions are made from something they have deep inside them - a desire, a dream and a vision". Satyajeet Pradhan's success justifies this quote of legend Muhammad Ali. Coming from a middle class family with no business background to running a company worth of millions revenue is truly a commendable journey of this Odisha born, Bangalore based business man. However his journey was not smooth and easy.

Unlike other kids, Satyajeet always believed in thinking different and faith in himself right from his childhood. He along with his classmate started selling Gaming CD's to cyber cafe at the age of 12. Born in a middle class family, his Parents always wanted him to become a software engineer. With no business in the blood, Satyajeet was aware his journey would not be that easy! Although his parents were aspiring of him to study B-Tech after 12th however Satyajeet had different plans. Against his parents wishes, he enrolled himself on BBM in one of the top business management colleges of Bangalore. He knew it would be difficult times for his father to provide him money for survival every month and thus he started looking out for part time jobs right from 1st year however he was rejected by many companies like Ocwen, Accenture etc due to his incorrect accent. There were days where had to keep his laptop with pawn brokers for survival in city like Bangalore. However he had never lost hope. During his final year of Graduation, destiny brought him to a situation where the only option for him to survive and pursue his dreams was a job in hand. With no financial support from his parents and not a penny to eat, Satyajeet sold his favourite bike that his father had gifted him and paid the advance rent to his landlord and kept few money to register himself in a good job training institute. He tried his best saving some pennies by skipping breakfast or dinner and preferring a walk of 8 kms every day to the institute.

His joy knew no bounds when he got his first job in of the top MNC's and that too for a US based process. Earlier where he was being rejected many a times due to his accent hence getting a job to communicate with US customers was like an achievement for him. He was a still a student and was the first one in his batch to work. He used to work whole night till morning 5 and then use to attend college in the morning. He got himself acquainted with power naps rather than 8 hours sleep and the only thing that he was focused is creating recognition for himself. He slogged himself for 8 years and he was a famous boy by then within his circle. He was appreciated and recommended by his bosses.

In the year 2014, although he was in job still, he thought it would be a right time to start working on his dreams. His dreams of owning a business. However being a married man by now and swamped with commitments to fulfill it was quite a challenging situation for him. He formed a company called Bizydale Networking Services Private Limited (known as Bizydale Nets) and after 2 years released his first product Bizydale which was a productivity tool. However his idea had become old and his product failed miserably. He didn't lose hope, scrapped his product and immediately started working on his next project trip n howl which was a travel social networking site. He was still working and keeping it as a secret to his employers, started working on this along with his team during night. By the time, his new product was released, he was left with only Rs 56.50 in his savings account. His old company was shut and he had already quit his new job as the employer got a hint of his new company formation. There were days where he used to spend days without food. He had stopped shopping, going out with friends as he was afford such life style at that situation. Increasing debts were already mounting on his head. Still nothing impacted his strong will and determination. He was working hard on his idea and was looking for side projects for survival. He registered himself in many startup groups over social media to reach out the startup enthusiasts like him so that he could support them in executing their ideas. With the above amount in his pocket, he succeeded in converting his first client for a Rs 10000/- website which was suppose to be built in wordpress. Since then he didn't stop, he got his first big client in the year 2016 which was a project worth of 2.5 lakhs. His website trip n howl was already being appreciated by many media channels and industry leaders and already he had made up his plans to release a mobile app for the same. His wife Vrushali Pradhan had also joined him in his business as a partner by then. She had quite her luxury job in Mercedes and thought to support her partner in the crucial starting phase of his business. Being highly experienced in Sales her entry in his team gathered a lot of positive vibes within the team. She had already built her strategy for Bizydale Nets and started pitching in the startups and the blue chip companies for free consulting and solution building in order to improve the client's business profitability. Bizydale Nets had revamped their old plans and started pitching in business as the ultimate one stop solution builder offering services of revolutionary technologies like Virtual reality, Augmented Reality, Web development, Mobile app development, Digital Marketing and many more. This startup was successful generating 500+ prospects within 6 months which includes blue chip companies like Hebron properties, Wockhardt hospitals.

With Vrushali concentrating on gathering clients for services, Satyajeet was already engaged in building his next key product Autoconnekt which was a Sales Performance Improvement System(PIS) mobile app for automotive dealers. His experience and wide knowledge on actual challenges faced by dealer in achieving the sales targets prompted him in building a next level productivity enhancer app for dealer sales team. It didn't take much time for the product to gather positive reviews and responses from top automotive OEM's and dealers like Volkswagen, JLR India and many more. Autoconnekt ran a pilot successfully with more than 20% order generation and close to 50% test drive ratio in Volkswagen dealerships during demonetisation where automotive industry revenue had dipped.

Satyajeet Pradhan, the founder and CEO of Bizydale Nets is blessed with a supportive life partner and team who stood beside him on the days when no one from the family or friends stood apart from few people who were like a God sent angel to him.They left their exotic life styles and are still beside him on his journey to achieve his goal of making this start up as one of the most successful startups. Within a year of operations, the company's value is now close to half a million dollars. 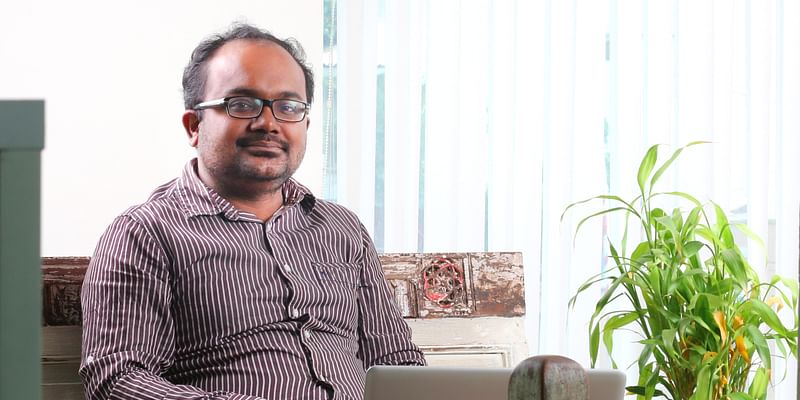