My First Year As An Entrepreneur 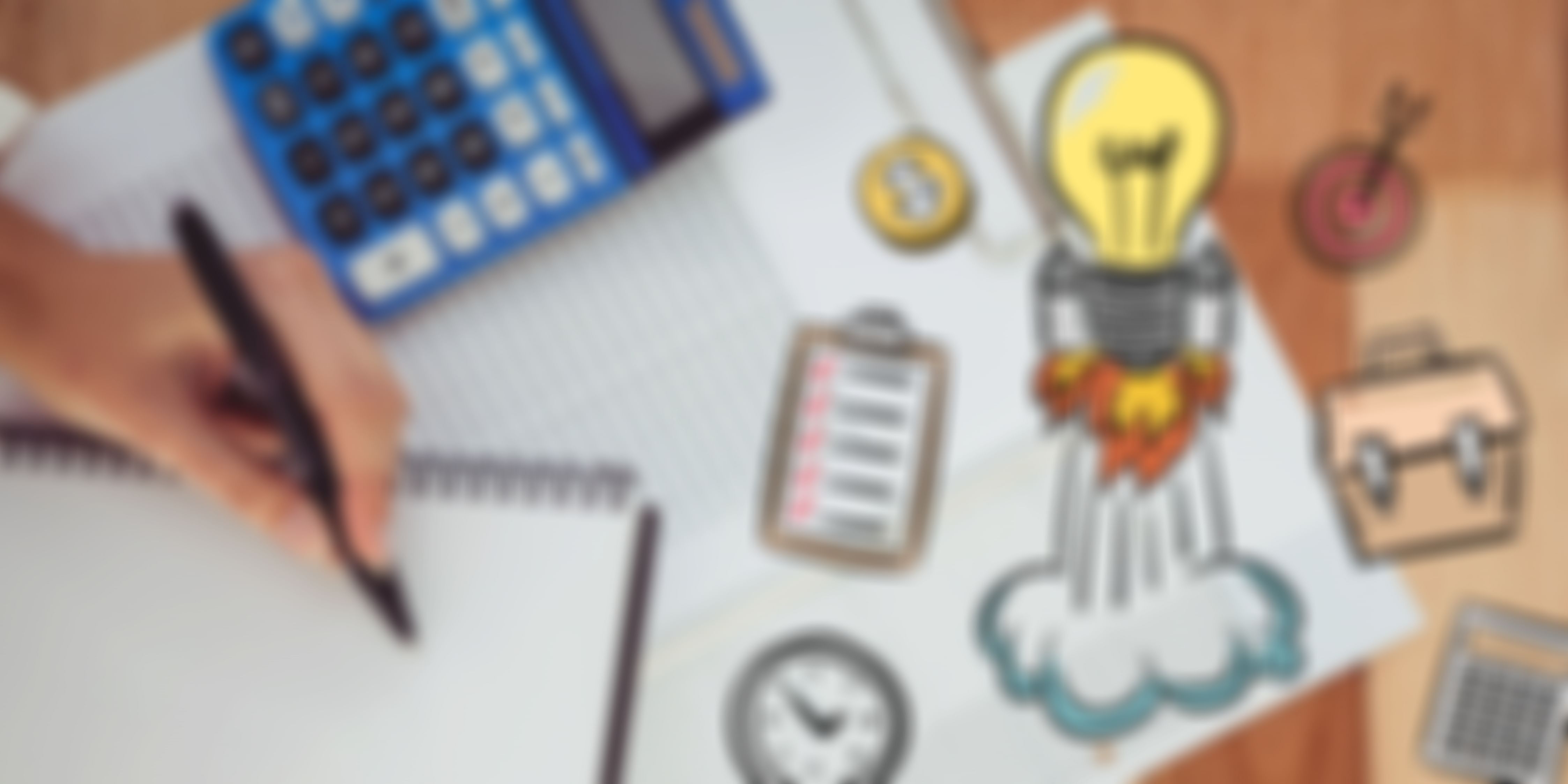 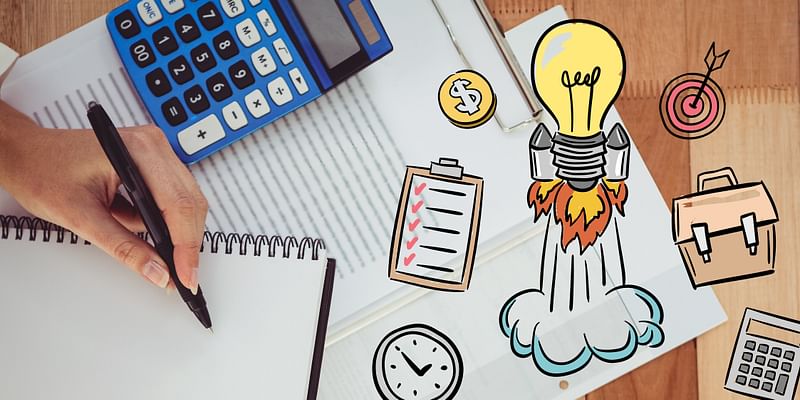 On 30th June 2017, I had quit my job and had decided to pursue my own idea. I had a clear vision in my mind as to which direction to sail through. I wanted to build a solution for GST compliance, so simple and yet so robust that it not only simplifies the compliance but also provide the added advantage of a financial score to businesses and freelancers who had never been exposed to business taxation and compliance. Recently I completed one year of this journey and here I'm putting up how things have gone so far!

At the stroke of the midnight hour on June 30-July1, Goods and Services Tax was introduced to India by our Prime Minister. Almost around the same time, I went live with my own blog on GST. I named it as "FileMyGSTR" which was aimed to provide extensive content on Goods and Services Tax to help taxpayers in understanding the new tax regime.

The very first step involved was setting up a WordPress website and optimizing it. I researched about few paid themes, bought one and went live with it. Easier said than done, I had to understand about various aspects of website designing and optimizing it for higher ranking. I also learned the skills of content optimization, backlinks, search engine optimization and SSL certificates.

I put my 12-month research on GST and started publishing articles around GST. During this time, I will publish articles, share among my network and wait to see "huge" number of traffic on my blog, and boy I got some! 20!

I had installed google analytics and it showed an average traffic of 20 sessions a day. That's about 30% of people in my network with whom I had shared my articles, who are supposed to click the link and spend some time reading the blog. Well, the average session time was 15 second with a bounce rate of 90%. This went on for two months and I had a huge pile of questions from my family and friends as to "How is it going?" Good, I would say!

I observed that many people with limited knowledge are putting videos on YouTube and they were getting hundreds of views on those videos. I thought to give it a try and let go of the introvert in me (You can't survive to be an introvert, I would explain myself). So I gathered some courage, recorded a video and published it. I shared it in a closed group and everyone said it's good. But actually, it was awful, I had gathered the courage to publish it but had no courage to go through it, eventually, I made it private the very next day.

I thought to give up on it, but then got some support from my wife and published another. It was Friday evening and we left for a small weekend trip to Madurai. I was not bothered by the video, I was hoping it'll get 200-300 views over the weekend. Eureka, 10000 views in 2 days! To this date, I have more than 15 lakh impression on my content across mediums. This was something I never planned for but still got and had a wonderful experience around.

Also, I kept posting content on my website on various issues under GST and truth be told, perseverance pays! On January 16, I had a traffic of 6000+ users on my website, in a single day. I was impressed by myself!

This was major because of a small discovery I made. I faced one error while filing a return for one of my client and found out a technical glitch in the GST portal. It was not a rocket science for me to decide the title, keywords, and URL for my post on "how to" resolve this error and voila my post was top ranking on google and it took two days for GSTN to resolve that error. Those two days were the most ecstatic days of my entrepreneurial journey till then.

On a parallel note, I convinced a full-stack developer to work on my product. He would be in a full-time job during daytime and would contribute to my projects during the night. He was/is my Batman and will keep me awake till 4 am. On a daily basis I'll give him specifications, validations, and APIs, he'll work on them during the night, and I'll test them again in daytime. During this phase, I would read extensively on medium about various technologies, best practices and "What not to". Wander around Dribbble and Uplabs, observe recent trends in designing. Not to mention I learned Adobe Illustrator and designed the logo for my blog website and later for my product as well. Designing social media posts on canva on a daily basis. Running Google & Facebook Ad campaigns along with newsletters using MailChimp. I did animated videos as well. Architecting the application in a microservice environment and facing errors while calling API endpoints...fff!

While everyone was and still is talking about artificial intelligence and machine learning (often referred to as MLAI - मलाई ). I told my developer that we will keep it simple but relevant and to this date, we have stuck to it.

We were high on our aspirations and worked extensively on GSTN's API for return filing. Almost every service provider and any person doing any inter-state business were required to register and file three returns on a monthly basis. On a cumulative basis, there are more than 120 API calls that we worked upon in sandbox mode burning the midnight oil to make sure that we roll-out the automated return filing system as soon as possible. That's when the government decided to drop a bomb on our aspirations. The 22nd GST Council Meeting, dropped all the monthly returns for businesses having a turnover less than 1.5 crores, essentially our complete target market. Also while every service provider, freelancer and online seller were required to register under GST earlier, now a turnover threshold of INR 20 lakhs was introduced. That means if a service provider or small businessman has a turnover of less than INR 20 lakhs, they are not required to register under GST at all.

This was the lowest point in my journey and I had almost planned to give up on my dream. But my angel investor motivated me and asked to not give up. I decided to focus on services for the time being and sustain myself. The product developed so far was of no use because all those APIs were irrelevant and also our target segment was swept away by this single decision.

I continued to focus on my services, got few clients for whom I am doing end to end compliance. This is when I ventured myself into client support and felt the beauty of it. Nothing satisfies me more than a satisfied client. I realized most of the businesses are not comfortable in interacting with their tax consultants. A tax consultant should act as a friend whom a client can call anytime and discuss their present and future business goals, and not someone whom they terrorize due to a demanding nature. Demanding documents, files, information, and fees. But I wanted to build a product and not service (though eventually the product is bundled with buddy services) so from all the feedback I received on my email in form of queries, I designed another roadmap on similar lines but a niche segment. Also, I decided to add more members to my team.

I floated an internship on Internshala and received around 118 application. I called each one of them (that's one whole day in calling candidates) and around 60 of them responded to my call, I gave them an assignment (a problem statement and a program to solve it). Who was I kidding to? I am a Chartered Accountant, not a programmer and at no place on earth, I would have evaluated that assignment. A response with a code from applicant was sufficient evidence for me to decide whether to call the candidate for a discussion or not. I got a response from 16 candidates and I called every one of them, only 8 showed up for the discussion and I ended up hiring two interns, who at this point have joined me full-time. By that time I had moved to WeWork Co-working space and I believe that it had a huge influence on the interns I hired, at-least initially.

I pooled all my resources again, work tirelessly for next four months and released the Beta Version recently. Now all this may not mean that we have achieved great success but it's a journey worth the effort. It's been one year but I am motivated more than ever to learn even more. What have I earned?

Well, the monetary value would be a handful, but I have thousands of comments and likes on YouTube.

More than 500K views on my answers on Quora on Goods and Services Tax, some voluntary token of appreciation in my bank account for answering emails, valuable client base, and my super excited team.

I still follow this rule to answer questions on Quora, that has been the biggest research that has gone into my product. It helped me in understanding what taxpayers are looking for and are willing to pay for. I realized that I don't need to go to my potential users as most of them are reaching out to me directly through quora and emails.

On July 16, 2018, we launched the first version of our product Fingage. We also published it on ProductHunt and to our surprise, it became one of the most popular product launched on that day. We had no idea about pre-launch marketing on ProductHunt, but that traction thrilled us on the very first day of our launch.

Having said all that, I am thankful to Bengaluru for providing me this ecosystem which never let me feel low. I am always surrounded with people, high on their dreams and this gives me a high to pursue my own. There have been few people who have influenced me a lot, people from a humble background but have disrupted the legacy ecosystem and you find many of them here in Bengaluru. One being heading YourStory

I hope the next time I write about this journey, I will have more exciting experiences, stories, and learning. Till then let's hustle harder!