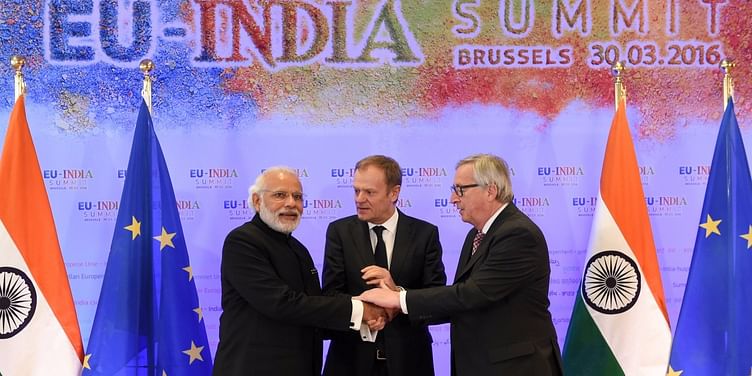 Narendra Modi and European Union leaders have agreed upon strategic collaboration and you can also take part!

“To solve the world’s most pressing problems collaboration among people, nations, political and economic unions is paramount. Connecting the world is no longer a choice, but an imperative. With social change movements being advocated at a global scale, an ecosystem, where ideas turn into action, intent becomes impact and innovations and changemakers are connected is crucial. That is precisely what the Indian-European Social Change Ecosystem, Make Room India is all about.” - Miks C-Kellman, Chair, Changemakers’ Room

India and Europe during the past year have witnessed a number of good and bad events that have changed their prospects immensely. The steady inflow to Europe, of the political and economic refugees, the exit of the U.K. from the EU, the economic slowdown in the eurozone, the terrorist attacks on several centres of European values such as Brussels, Berlin and Paris, the worsening xenophobia in the region has all left Europe in a limbo. India too has faced its fair share of challenges in the form of slump in economic growth, unrest in the Kashmir valley, agrarian and rural distress. There have also been many significant positive changes in both the regions. EU's resolve to confront the refugee crisis boldly and unitedly, its effective handling of economic crises in Southern Europe, India's success story in its ambitious space mission and its bid to radically reform its moribund economy are a few to name.

At this crucial juncture, it is extremely essential to acknowledge the potential that India-EU partnership promises in tackling the biggest problems faced by the regions.The need for a sustainable growth in jobs in both India and EU, an urgent need to jointly address climate change and the tremendous benefits of mutual exchange of good practices in a multitude of sectors underscores the idea of a stronger and more robust relations between India and the European Union. It is not just the shared problems and potential common solutions that necessitate stronger ties between the two. But also, India and the EU are natural allies in many sectors. EU is India's biggest trade partner accounting for over 17% of India's total foreign trade. For the EU, India forms the most favourite investment destination and a large and open market for its exports. The availability of technology and the financial resources at the disposal of the EU and an equally robust, skilled & affordable labour force and a healthy investment environment in India makes the partnership even more lucrative. Recognising this immense potential, the leaders of the EU along with the Indian Prime Minister, Narendra Modi relaunched a new, reformed India-EU strategic partnership in March, 2016. The partnership aims at better cooperation between India and the EU in sectors such as innovation, science, education, climate action and people-to-people contacts. 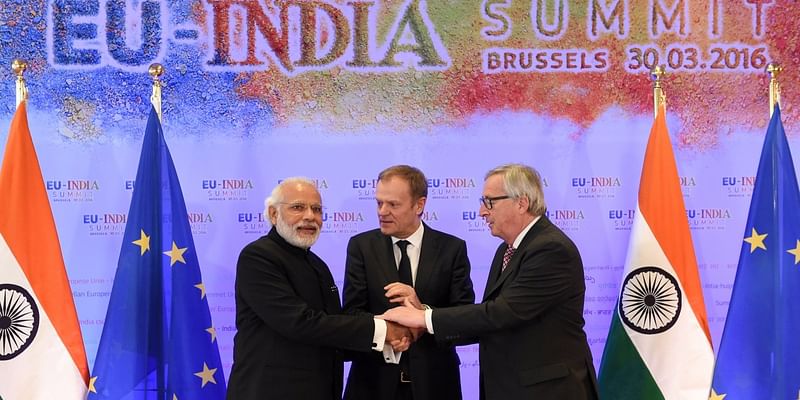 The need for an organised structure to harness the tremendous potential led to the founding of Make Room India. An Indian-European Social Change Ecosystem, Make Room India focuses on creating an impactful cooperation between India and Europe to tackle challenges faced by both the regions, e.g. high rate of youth unemployment, burden of displaced populations, lack of innovation/entrepreneurial mindset, increasing inequality within the communities and effects of climate change.

The first pillar of the Changemakers’ Room initiative is formed by the changemakers themselves. These individuals are educators, grassroots practitioners, activists, entrepreneurs, youth workers, community mobilisers, trainers and project managers, but all of them share a passion to drive positive social change within their communities and are the main players in identifying, developing and executing the impact projects. 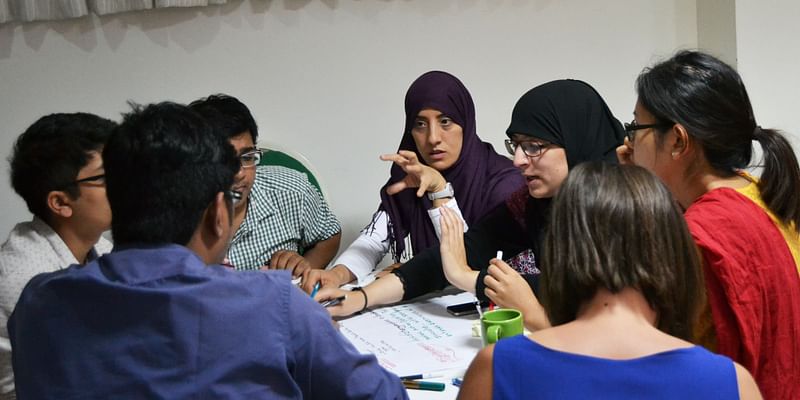 The second pillar is formed by well-established organisations/institutions which function as the knowledge, strategic and outreach partners of the Changemakers’ Room. They are crucial in developing the knowledge-bank of the ecosystem that is necessary to identify and prioritise the problems and in assisting the changemakers to develop and implement the projects at the grassroots. 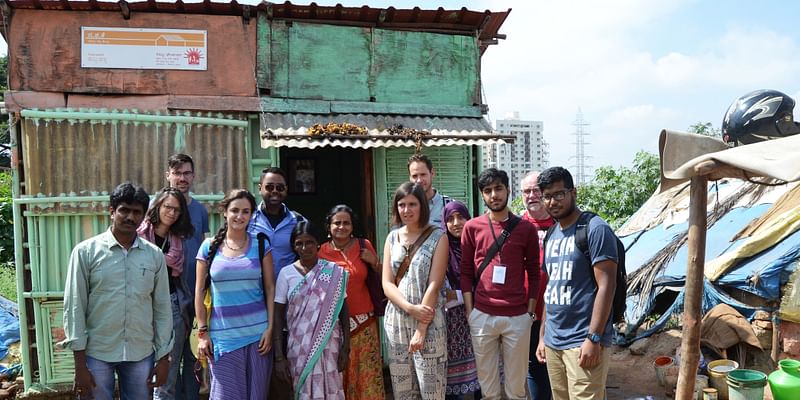 The third pillar of the initiative comprises of well-known visionaries and extraordinary personalities who have achieved great success in their chosen careers and are now positive role models to others. These visionaries not only provide much needed expertise, motivate and inspire changemakers to achieve great impact but also draw attention to the challenges addressed by the changemakers. 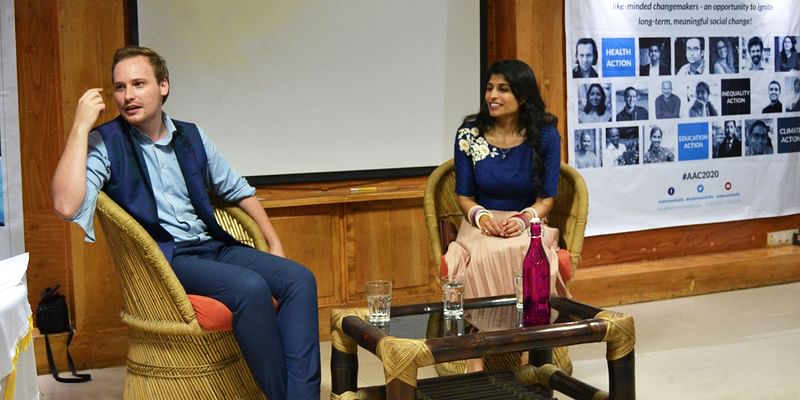 The fourth pillar is composed of financial stakeholders involved in implementing the impact projects in India and Europe. Make Room India in collaboration with its strategic partners has identified specific sources of funding such as European Commission’s Erasmus+, Horizon 2020, EuropeAid platforms and Indian based governmental and non-governmental support. Make Room India works to secure these funds to projects developed through Changemakers’ Room initiative.

Action Agenda for Change 2020 (AAC2020) is a shared vision of prioritised problems to be solved by the year 2020. AAC2020 is designed by changemakers in collaboration with partner organisations by focusing on the themes and sectors as proposed by Make Room India and driven by the agenda of the macro level political ties between India and Europe. It provides the framework for the functioning of the Social Change Ecosystem (Make Room India) and leads the path for various initiatives working to solve the identified problems. 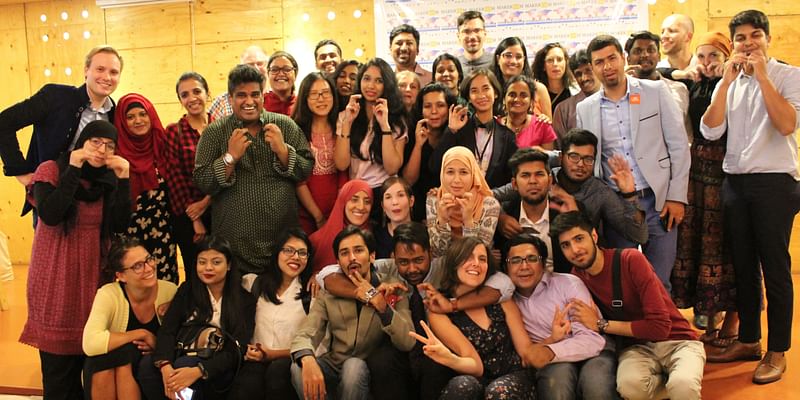 Changemakers at the finale of the Changemakers' Room 2016 in Bengaluru, India

Currently Make Room India is gearing up for its 2nd and the final Indian edition of the Changemakers’ Room, scheduled to take place in Goa, India from 14 -18, April, 2017. The Ecosystem is on the lookout for passion-driven change agents looking to develop impact projects within rising inequality, education and climate action sectors. To read more, visit www.makeroomindia.com/changemakersroom

5 Ways to Remain Peaceful in Every Situation

Why Attestation Is Required & What Does It Means?