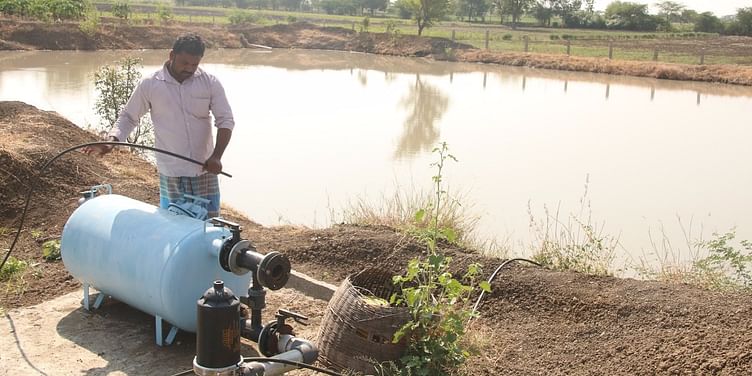 Consecutive drought years had jeopardized the farming revenue of Praveen Eshwarappa in North Karnataka's rain-deficient Navalgund taluk. Today, with Deshpande Foundation's intervention, his family is looking at a ten-fold increase in their recurring annual income through profitable and scientific farming methods. 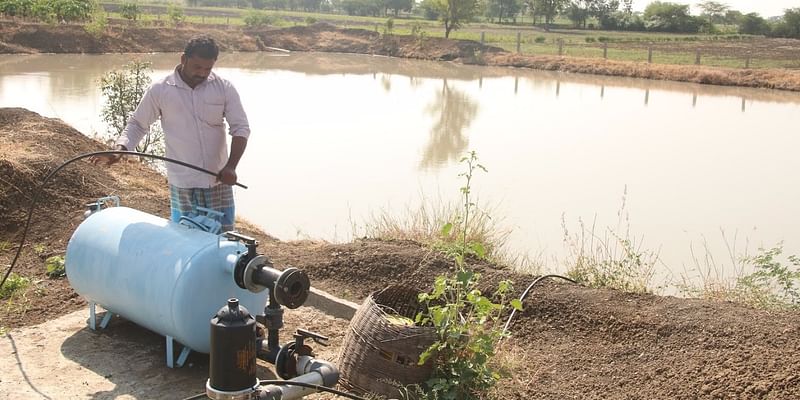 "One and a half years back, I struggled to support our family. The drought and mounting debts threatened our lives,” says Praveen Eshwarappa Sherewad in Ballarwad village in rain-deficient Navalgund taluk.

Successive spells of drought, lack of irrigation infrastructure, and a fluctuating market for cereal crops has made farming difficult in the region. The situation doesn’t seem to be improving, as there has been no monsoons for the sixth year in a row.

After several failed agro-based ventures, Praveen and his family slipped under a massive debt of INR 30 lakhs. “I had no clue how are we going to come out of this unscathed.”

Praveen came across officers from the Agriculture program of Deshpande Foundation (DF), which supports farmers through sustainable farming techniques. In 2014, the Foundation helped him to construct a 100 ft x 150 ft pond, costing him INR 60,000. The farm pond was built with machinery and trained personnel from DF at subsidized costs.

Having a farm pond opened numerous possibilities for Praveen. It enabled him to store water during the occasional rainfall, and to feed standing crops in five acres for six months. Encouraged, he approached DF for further guidance.

In the same year, the Foundation guided him to plant bamboo, a water intensive crop in the five-acre land that was earlier considered uncultivable. Bamboo saplings were provided by the Foundation. Bamboos take three years to yield marketable produce. "I expect to harvest 40 tonne of bamboo per acre every year. Going by the current market price of INR 3,000 per tonne, I will earn a revenue of INR 6 lakh from bamboo,” says Praveen.

On DF’s advice, Praveen also planted papaya, another water-intensive cash crop, in four acres. Once they give yield, he expects to annually earn INR 5 lakh from papaya.

With the DF team’s encouragement, Praveen leased a two-acre plot to experiment with a new crop: garlic. “Garlic gave me a net profit of INR 80,000 in a matter of just two months. I will grow garlic more frequently now,” says Praveen. In addition he grew intercrops of chilly, green gram, Bengal gram and earned an additional INR 40,000.

Today, Praveen’s family expects an annual income of INR 15 lakh, a ten-fold increase from their farming income just two years ago. “Finally, we could finally see some money flowing in. The farm pond enabled us to expand cultivation and experiment with crops.”

Like Praveen, many farmers in Navalgund have benefited from Deshpande Foundation's agriculture initiatives supporting farm ponds, bamboo and papaya cultivation. The Foundation has facilitated the construction of nearly 700 farm ponds in the past three years in Navalgund alone, irrigating more than 3,200 acres of rain-deficient land.

How are stalls important to promote retail business?