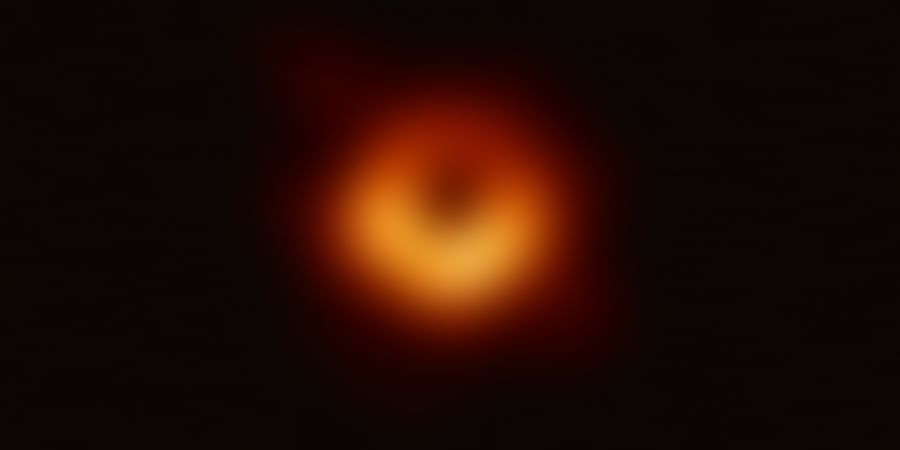 Scientists have obtained the first image of a 'supermassive' black hole, while studying and observing the center of the M87, a galaxy 55 million light years away, using Event Horizon Telescope (EHT).

The ETH is a network of eight radio telescopes spanning locations from volcanoes in Hawaii and Mexico, to mountains in Arizona and the Spanish Sierra Nevada, to Antarctica.

Each telescope of the EHT produced enormous amounts of data — roughly 350 terabytes per day — which was stored on high-performance helium-filled hard drives.

The first-ever image of the black home shows a bright ring formed as light bends in the intense gravity around a black hole that is 6.5 billion times more massive than the sun, according to Event Horizon Telescope's official Twitter account.

Black holes were first predicted by Einstein’s theory of relativity and since then, astronomers have accumulated overwhelming evidence that these cosmic sinkholes are out there.

This visual proof strengthens Einstein's century-old theory of General Relativity which not only explains the motion of the planets but also describe the history and expansion of the universe, the physics of black holes and the bending of light from distant stars and galaxies.

For context, here's what M87 looks like to the Hubble Space Telescope. The image from #EHT is of the black hole at the center of this galaxy... the origin of that jet. #EHTBlackHole

While this historic capture was widely celebrated by the science and tech fraternity, it was done in a ‘meme’ way by some on the twitterverse.

Zoom in for a surprise.

used Photoshop's shake reduction filter on the Black Hole photo and was amazed by the result#EHTBlackHole pic.twitter.com/RLBPyuIx3T