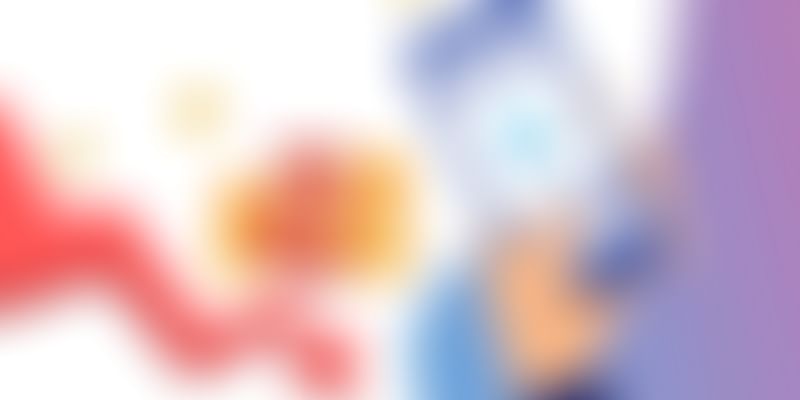 In this blog, we will take you through what Flutter is, what are the components of mobile apps, and how Flutter would reduce the app development cost.

Whether you are a start-up or an already established business, every business needs a mobile app these days. They are a vital tool for marketing and help build a direct relationship with users. They not only take your business to a large number of people but also, offer a simple and easy to use interface to them, which help in increasing user engagement rate.

Mobile apps are much more convenient to use as compared to websites. Users find it difficult to remember those long URLs and log in every time they wish to visit the website. Mobile phones are easily accessible and so are these mobile apps. Also, these apps are highly responsive, faster, and offer easy navigation, which most desktop sites fail to do. Increased user engagement, better user experience, personalization, increased sales, and higher revenue, are some of the main benefits of having a mobile app for your business. To give you in-depth information on the importance of having a mobile app for your business, we have a separate blog written, which you can refer to.

What Are Cross-platform Apps?

Cross-platform apps are the ones that can run on multiple platforms. These apps offer many advantages over native app development. Reduced development cost is one of the major advantages, which cross-platform apps offer. Almost 85 to 90 percent of the code written while developing the app for one platform can be reused while developing the same for another platform, which eventually reduces the development time. Also, these apps are great at maintaining the overall look of the app, across all platforms.

Flutter and React Native are the two most popular cross-platform mobile app frameworks, used by some of the top-rated mobile app development companies globally.

In this blog, we will read in detail about how developing a mobile app using Flutter, can reduce the app development cost.

Flutter is one of the most popular open-source Cross-platform app development framework, created by Google. It is used to develop highly interactive and robust mobile, desktop, and web apps, for multiple platforms, including Android and iOS, that too using a highly reusable codebase. Apps developed using Flutter performs in almost the same way as the native apps. Developers find it very easy to work with this toolkit. It offers a fast development process and an outstanding user experience.

Here are some of the top reasons why businesses love Flutter, and how using it can reduce app development cost:

Flutter is known for its fast and dynamic app development process. Most developers love developing apps using this framework, as it is very much simple to use and easy to implement. With its unique feature called "Hot Reload" developers can make the changes in the code very easily and the changes will be directly reflected in the app. This brings in a lot of coordination between the developers and designers as even the slight change made, can be seen on a real-time basis.

But if we talk about the native app development, it takes time to reflect the changes and the app has to be rebuilt for different platforms, from scratch. This increases the development time. However, Flutter automatically rebuilds the widget tree which facilitates the developers to use pre-built customizable widgets to create natively compiled apps, in the least time possible. This way the cost of app development is reduced, and the app can be launched into the market soon, to generate revenues.

This is one of the most important features of Flutter. Unlike the native app framework, Flutter has made app development really simple for the developers. Apps developed using this framework, has a beautiful and interactive design as Flutter offers highly expressive and flexible UI components. You can hire app developers, who have expertise in developing cross-platform apps and they can develop a fully-functional and engaging app, using these UI components, attuned to your business goals.

For an app to work smoothly, comprehensive testing is done. If you are getting a multi-platform app developed, testing process may take a lot of time. Since, Flutter uses the same codebase to develop an app for each platform, it takes less time to test these apps. Your app will have to go through all the quality measures only once, and this will save a lot of work for a quality analyst. The reduced testing time directly reduces the cost of app development, as it would require less number of hours to develop and deliver this app.

If you are a startup and looking to present your app in front of the investors, having an app developed in Flutter would be a great option for you, to show the functionality of your app, across various platforms. Flutter allows you to develop an MVP (Minimum Viable Product), which runs on most platforms, without having you to pay anything extra. This saves both time and money.

The length of the code and the time taken, to write that code, directly determines the cost of app development. Flutter is very simple to use and makes everything pretty manageable for developers.

Flutter uses Dart, which is an object-oriented, client-optimized development language, which increases the overall performance of the app. Developers can use customized widgets and build native interfaces that are extremely attractive and appealing to users. In short, with lesser code Flutter offers almost the same level of performance, as a native app does.

Flutter is an open-source UI software development kit, which means that it is free for all to use. The only money which the entrepreneur needs to pay, is to find and hire app developers who can develop a fully-functional, feature-rich, beautiful app, which is in sync with their business goals. This saves a great amount of money, which you can utilize elsewhere.

Apps developed using Flutter does not require any kind of additional maintenance cost. The design of an app is even compatible with the older versions of the operating cost, that too without paying anything extra. It lets you develop a great app and also allows you to use native features of the platform, for some notable performance.

The other factors like app complexity, number of hours which developers dedicate while developing the app, location of app development, and many other, affect the cost of mobile app development.

As discussed above, the type of app and the application framework, which is used to develop it, can affect the cost of mobile app development. So, if you are on a strict budget, and looking to have a scalable and robust mobile app for your business, having a cross-platform app would be the most suitable option.

Seeing the above reasons, we can clearly say that Flutter is the best choice to create cost-effective app solutions. It has an impeccable impact on the app development cost. Some of the top reasons behind this are Flutter being an open-source framework for cross-platform app development, less code, less development time, code reusability, and Hot-Reload. So, if you are also looking for a cost-effective yet powerful solution for app development, you can go with Flutter, and hire developers that can develop the app of your dreams.