Google Cloud Next 19: Major Announcements You Have To Consider 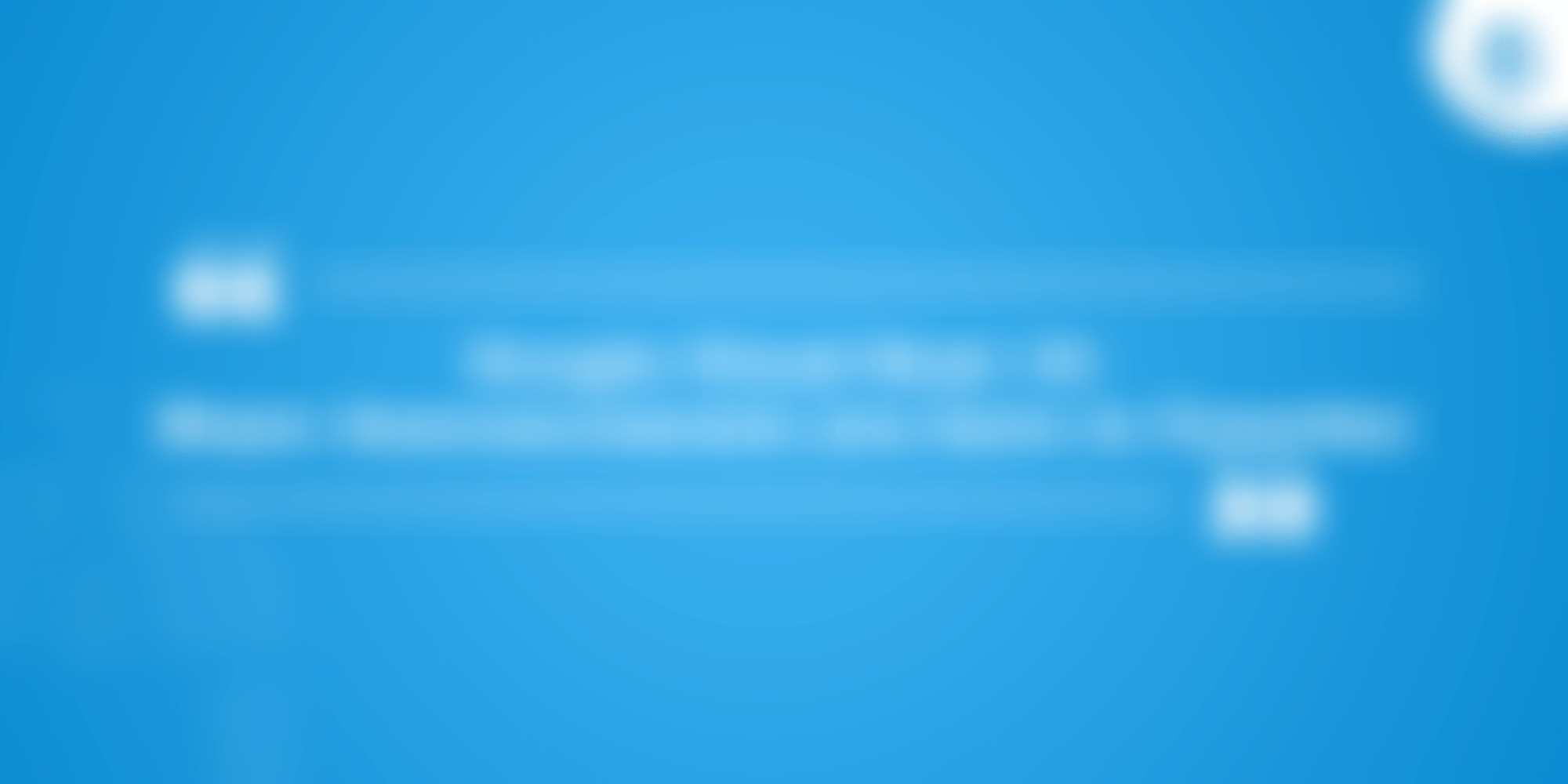 The new CEO for Google Cloud Thomas Kurian said: "We are committed and expanding our go-to-market teams, our work with partners and deepening our industry and product focus to bring this technology for you."

In the past few days, lots of announcements were made and introduced new technologies. Here's a summary for the new announcement.

They announced the two new regions in Seoul, South Korea, and Salt Lake City to expend the global footprints and support the growing customers across the globe.

Anthos is the new name for the cloud service platform and now available on the Google Kubernetes Engine (GKE), so that developers can run, deploy, and manage their applications on the premises or in the cloud. Thomas Kurian said that "we will extend the flexibility to third-party clouds like AWS and Azure."

Anthos Migrate powered by the Velostara's migration technology that can allow developers to auto-migrate the VMs from on-premises or other cloud services directly into containers in GKE with minimal effort. Anthos Config Management allows developers to multi-cluster policies that set and enforce the role-based access controls, resource quotas, and namespaces.

Cloud runs on the fully managed serverless execution environment, it can run on the GKE and brings the serverless experience and workload portability to the GKE cluster. Thomas Kurian said that "we are also making new investments in our cloud functions and app engine platforms with the new second generation runtimes." They are developing a new open sourced Functions, frameworks, and additional core capabilities which involves the connectivity to private GCP resources.

Apigee hybrid is the new deployment option for the API management platform that allows developers to host their runtime anywhere in the data center and the public cloud of their choice. It offers visibility into the security of the APIs.

Let's break this into two parts such as database and storage

After shifting on to the Google Cloud, you can bring your existing SQL workloads to GCP and run them in fully managed database service. The CloudSQL for PostgreSQL now supports version 11 with useful new features like stored procedures, partitioning improvements, and more parallelism.

Cloud Bigtable multi-region replication is now available on the GKE and giving the flexibility to the developers to make their data available across a region or worldwide according to the demand.

Cloud IAM available for the transfer service, allowing the security and IT administrators to use Cloud IAM permission for creating, reading, updating, and deleting transfer jobs.

Private Google Access form on premises is now available and it allows developers to securely use Google services like Cloud Storage and BigQuerry as well as the third party Cloud interconnect or VPN. With the Network Service Tiers, Google Cloud can customize their network for performance or price on a per-workload basis by selecting the Premium or Standard Tier.

There are several announcements related to security such as:

•    Access approval is the first of its kind capability that allows developers to explicitly approve access to the data and configurations on GCP before it happens.

•    Virtual Private Cloud (VPC) service controls allow you to define the security perimeter around specific GCP resources such as Cloud Storage, Bigtable instances, and BigQuery datasets to reduces the risks.

•    Binary authorization is the deploy time security patch that integrates with CI/CD system, geting images that do not meet your requirements from being deployed.

•    Managed SSL Certificates for GKE gives the full lifecycle management such as provisioning, deployment, renewal, and detection of the GKE ingress certificates.

•    Policy intelligence uses ML to understand and manage the policies and reduces the risk.

•    The reCAPTCHA Enterprise helps to secure the website against fraudulent activity such as scraping, credential stuffing, and automated account creation.

The identity and access management also include several points such as:

•    Context-aware access enhancements include the launch of BeyondCorp Alliance, to help in defining and enforcing the granular access to apps and infrastructure based on the user's identity.

•    Android's phone inbuilt security is the strongest defense against the phishing.

•    Clouds identity enhancements include single sign on to thousands of additional apps and integration with human resource management systems.

These are only a few announcements regarding Cloud Computing, there are lots of other announcements as well. If you want to know about every announcement in a very detailed manner, then go and check out the official page of Google Cloud Next 19.

Comparison between e-filing vs manual filing of taxes