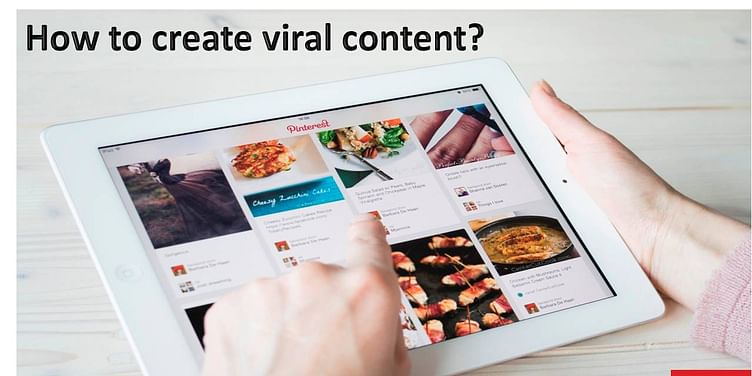 You can not usually schedule viral content. But there are criteria that help to make your content viral in the first place.

You record a video, post it and suddenly it's halfway around the world. We all know those clips that you feel sent back every few months. Mostly those are those who have been spontaneously recorded and put on the net, without ulterior motive, that this video will be seen by so many people. It often happens as a passing virality.

And that's the same, because there are a few parameters that need to be matched in order to share content so often. Nevertheless, there are now agencies that gather and update them over and over again, and support their customers in obtaining the greatest possible opportunity for increased coverage - for some horrendous consulting fees.

In order for your own content to become viral, there are a few key criteria that must be adhered to. Which are these, you read here:

Your content has to be short and crisp, like a snack that you can eat as it were. If people do not know you, they do not want to watch ten-minute videos or complicated pictures that need to be interpreted first. They want to get a short emotion, a feeling within the first few seconds, otherwise they will quickly switch off again.

The attention span of a human being is five seconds. And only this time is at your disposal to cast a spell over the viewer, so that he does not click away. Hollywood social media stars such as Logan Paul or Kingbach pay close attention in their clips to the fact that in the final product no second is unnecessary and every moment is important for the meaning.

What is the world talking about? It's easier to integrate content into a current topic than to start a whole new discussion. Google keywords and YouTube trends provide you with important clues as to which topics are moving masses. In it you can then embed your own content.

For example, when the @world_record_egg Instagram page launched the Challenge, making a picture of an ordinary chicken egg the most popular image on the platform was a huge challenge . The image reached over 57 million likes, making it officially the most commonly seen image on Instagram.

Let’s set a world record together and get the most liked post on Instagram. Beating the current world record held by Kylie Jenner (18 million)! We got this 🙌 #LikeTheEgg #EggSoldiers #EggGang

A lot of freeloaders have adopted the theme of "egg" and could also benefit from it. Johannes Bartl (2 million followers) was one of them, making his own bald "egg". With this idea, he has actually dusted over 260,000 Likes, instead of the normal 60-70,000 likes for his posts.

Let’s make this the most liked picture of 2019. #eggcelent #eggxactlywhattheinternetneeded

Facts and information are important in the communication of products and companies. On the other hand, viral content has to trigger emotions. Whether anger, joy or sadness, the user must be emotionally moved by what he sees or reads. Important for you to remember: The stronger the emotions that are triggered, the greater the likelihood that the person wants to share it with others, likes the post and, at best, shares it.

Jonah Berger and Katherine L. Milkman of the Wharton Business School also concluded in the research paper "Social Transmission, Emotion, and the Virality of Online Content" that there is a strong correlation between feelings, of whatever kind, and virality.

Especially if you want to take up current trends, you have to be particularly fast. Because others want to use the void for their virality and try to produce content that fits exactly in this niche. There is no time for perfectionists! Nevertheless, you should keep a certain quality, because, for example, poor audio or image quality may deter you from liking or sharing your content.

These are aspects that set you apart from others. One who understands his trade best and translates it into the same high quality is Prince Ea ( @prince_ea). He manages to wrap current topics that are often thought of but not pronounced by society in his videos as a meaningful message.

Thus, he creates identification with the audience and at the same time lends himself as the mouthpiece for this. In one of his latest clips he accuses his old teachers and thus the education system. The video was viewed almost 19 million times on the YouTube platform.

The viewer is given the feeling of being able to assist with their own interaction. In this way, they make themselves heard and the subject gets even more viral. And the most important thing is that everyone contributes their personal part to problem solving. Prince Ea is regarded as a pioneer in viral videos and belongs next to Jay Shetty ( @jayshetty) to international sizes.

Of course you have a greater chance of virality if the content is recorded in English. You always have to be aware of your target audience, as each has a certain limit on how often content can be shared within the relevant group.

330 million people speak and understand the English language, 130 million are those who speak German as mother tongue or second language. I recommend you start with this if your English is not perfect. So you can use rhetoric and scene words better and your end product will be higher quality.

Finally, I will give you to the hand that virality is always associated with loss of control: If you currently post within your own small community, this is usually valued and celebrated, as this already knows you. If content goes around the world, you expand your community above all with a "cold" target group, which does not know you and may disagree. So you should definitely be "Shitstorm ready" when it comes to reaching many views.

I keep my fingers crossed and wonder if I'll meet you on a viral post.