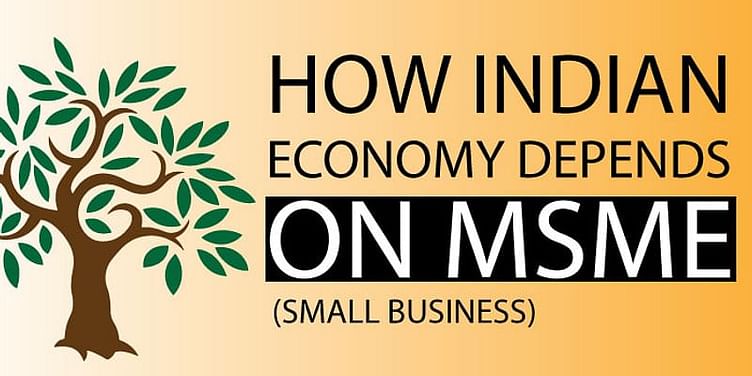 Micro, Small and Medium Enterprises (MSME) have become one of the most significant sectors in the Indian economy lately and for all the good reasons. Its contribution to the country’s Gross Domestic Product has been significantly higher than others and it stands at around 6 per cent. Besides, the sector accounts for 33 per cent of the merchandise exports. This is the reason why this sector is often called as the growth engine of the Indian economy.

Role of MSMEs in Indian Economy

Role of MSME in the Indian Economy is notable as this is the sector which has given significant impetus and has become the backbone of the nation’s economy. Being an agri-intensive economy, India’s economy has remained primarily unorganized and ever-developing. Lack of use of modern means in agriculture, low yields and high dependence on monsoon has not allowed the agriculture sector to advance and thus the nation had to struggle hard to being a developing nation. Industries in the nation depend a lot on agri-products and lack of significant yield during any year severely impacts the whole economy.

Symbiotic Relationship Between Economy and MSMEs

Association between small enterprises and the economy is unique in every aspect. It is in fact the most unique of its kind. Its uniqueness lies in the fact that both depend on each other so much that they are indispensable and cannot be separated. Their association and inter-dependence mutually benefit each other. Where MSMEs provide the much-needed impetus at the grass root level, the economy protects them, fulfills their needs and provides extra care at the time of crisis (in the form of loans).

Contribution of MSMEs to the economy is immense. Not only do they contribute to the bigger picture like GDP, they also help solve workforce employment crisis to a large extent. So, what is there in MSMEs that makes them so dependable and unshakable. First, it is their nature of having a strong ground-connect. Having connection to the roots and having direct connection with the workforce is unique MSMEs. This gives boost to the economy and provides it the necessary support.

Secondly, it is their nature to adapt to the changes. Small industries are driven by a mix of sustenance and profit motives. They do not hesitate to bring changes in the process if they are assured that it would positively impact their production. Besides, being highly savvy to changes, Small businesses are the most flexible and one of the most change-driven enterprises in the Indian economy.

On the other hand, these are a lot of excellent opportunities available for the MSMES. The Indian economy offers them a lot of scope to settle and grow. This has all been possible following the demand for products and services which are satisfactorily fulfilled by MSMEs only.

Another great characteristic of Small Business which enables them to that the country’s economy could depend on them is that despite having informal sources of funding, the small and medium enterprises do their best to perform based on the available resources. They often, or say in most of the cases fall short of resources but they try to manage the situation with small credits arranged from personal or collaterals, if available. As per an estimate, around 90 per cent of the MSMEs depend on informal sources of credit and funding and this percent is much higher than expected. Thus, if an economy has such a driving force behind it which is determined to do whatever it can play their role, then that economy is sure to have a bright future.

Significant role of MSMEs in the emergence of the Indian economy

Indian economy evolved just like other economies. In the beginning, there were these small enterprises which gradually took the shape of big industries. Then, there were also the big industries setup during the colonial period. If we see the bigger picture, the journey of the development of Indian economy is similar to the journey of the development of MSMEs.

One of the pillars of Indian Economy

Indian economy basically depends on two sectors, agriculture and manufacturing. While the first has largely remained unorganized since the beginning, the latter too has not been so till recently.

Challenges faced by MSMEs and do they overcome them

Hiccups, teething problems and growing pains are normal even to MSMEs. Since they do not have financial or other asset backup, MSMEs often have to cope with a lot of problems of different nature. Right from fund crunch to supply and competition, a variety of problems mar MSMEs. However, they devise their own solutions to these problems but what they could not often address is arrangement of funds.

Furthermore, as per an estimate, there are more than 55 million MSMEs and only 8 million of them are registered while the rest still have to enroll themselves in the database. It is presumed that with the fresh promotion scheme for MSMEs in the Atmanirbhar Bharat Abhiyan, a lot of unregistered one will be approaching the government for enrollment.

Another problem faced by them is higher competition in the market. Every end user eyes big brand and often foreign brand hoping that the product would be superior in quality no matter how costly it would be. In reality, some products by local manufacturers which are often MSMEs are much superior in quality and a lot of times much cheaper than the popular brands.

MSMEs are a catalyst for the Indian economy

Contribution of 40 per cent to the gross industrial value is a big share. Small enterprises may have the ‘small’ word prefixed to them but they are the ones which contribute a lot to the economy at large.