Teen Prodigy: How Has This Intellectual Navigated The Journey To Be A Thoughtful Writer? 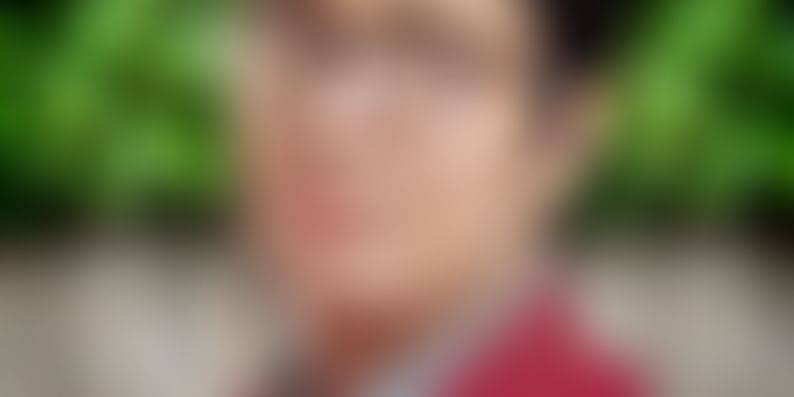 Souhardya De, born and brought up in West Bengal, is making India proud with his globally spanned, literary achievements at the age of 16 years.

Remember how you always wished to change and transform the world when you were young? Well, some children and young adults are actually on their way to convert their intent to accomplishments.

I too recently bumped into one such youngster who has several books and accolades to his name. Making India proud, Souhardya De, a 16-year-old teen writer, continues to spread his wings and scale greater heights since the beginning of times. His talent and work have put him on course to become a change-maker of tomorrow. From exploring his keen interest in Indian mythology to authoring three books to being the youngest ever Fellow of the Royal Asiatic Society in 200+ years, he has done it all.

Well, when you meet such geniuses, you fall short of time and even words in maintaining a count of their achievements. For instance, our teen prodigy additionally happens to be the first author to rekindle and bring the glory of Ramayana in drama form as his second book that acclaimed the India Book Of Records.

I was quite enticed with his literary works and hence, connected with him for a quick chat. The conversation revolved mostly around how he has blossomed as a writer and contributing journalist for The Statesman, WION, The HillsTimes, Thrive Global, USA, The Citizen, TOI Online, Youth ki Awaaz among other national and international dailies.

Souhardya is on his way to publishing his 4th book - a collection of poems penned by him and shares some gainful insights about his journey as a writer. Let's take a look!

DJ: Tell us all about A Piece, A Minute; The Chronicles Of Suryavansh and Scion Of Suryavansh! How did these three happen to you at such a young age?

Souhardya (SD):  Let me begin with my first book, The Scion of Suryavansh. It is about Valmiki Ramayana that gets transliterated to an English poem with self-drawn illustrations. Why I took up to writing about Indian mythology among the other genres, remains unknown. I recall taking up this book, during the 2017 Summer Holidays at School, after having read a few hundred books and having watched a lot of films. Probably that's when I developed the urge to create something.

Nevertheless, The Chronicles of Suryavansh needed research. I wanted to write something none had written before, and that's where the uniqueness lies. I structured it as a drama. Plus, the story line was drastically different from Ramayana. It was about the Suryavanshi ancestors starting from Manu. I liked working on it. Devdutt and Amish were helpful then. This book went on to get published in 2019 and received comprehensive appraisal after the release.

'A Piece, A Minute!' is a book by Juggernaut. I will not call a book; instead, it's a compilation of articles on history, culture, economy, geography and mythology. As for age, I don't think to be young or being old matters, until you're determined to accomplish something. That's how it went with me. God's grace and self will.

SD: I became a writer and penned down my thoughts in the form of those books mentioned above to revitalize and invigorate the Indian art, culture and mythology, from the perspective of a young generation. The aim behind was to make the bright young minds familiar with morals and good ethics, in a way that is most appealing to them. If people don't like the topic you write on, your book will be a flop, however big the publisher it might be.

As for becoming a journalist, although I'm still not a professional one, it was my getting into the Statesman VOICES as a Coordinator, here in Kolkata, that encouraged me to further my introspects into the field. But, mostly, it's my father who motivates me to keep striving at all times and write news pieces and op-eds.

DR: What literary pilgrimages have you gone on?

SD: I've never gone on one. However, to me, Rabindranath Tagore is a wonderfully venerated writer. His language is so subtle, yet the emotions in his poetry are relevant. If it's a literary pilgrimage one wants to go on, his works would be your best vacay destination!

DR: As we all know, you are a student pursuing his high school education. What made you enter writing?

SD: In writing, I find a brand new world outside school books. Yes, the school curriculum needs to be abided by, but, once you become a citizen of this land of imagination, called writing, you'll find yourself glued to its beauty.

Even as a student, I felt like creating unique experiences altogether. And that's where I entered writing.

DR: Does writing energize or exhaust you?

SD: Bournvita! Writing is a Bournvita to me. If I could clearly describe, it is the source of my enthusiasm, my emotions, my intellect and my creativity. It is energetic to author pieces as a writer. And, it becomes more enthusiastic to see a published work.

DR: What are common traps for aspiring writers?

SD: I would like to applaud the question first. There are two types of traps an aspiring writer has to undergo. The first is an investment. If I talk about self-publishing, it takes place as per your current financial position. But, there's always a brick and mortar publisher, let's say, for example, Penguin or HarperCollins. They are still the Hollywood guys of the publishing industry and have uncountable bestsellers to their name.

Then, there are publishers classified as 'vanity publishers'. These are those who ask you to pay for publishing your work. Why pay? Because they will have your work in print! Being a writer, you expect a payment slip, for your creations. How's it like when you have to pay these vanity guys to have yourself published? They have the worst quality editing; the least quality of proofreading and errors are humongous in print.

The second, if there is, are agents of big book houses like Hachette India. Some beautiful people recommend your work for publication. But then, some are there too who've exasperated authors through decades, often taking no note of their submission and having it sold to someone else, with a gain per cent, to publish in their name. It is always a dangerous reality. In the publishing industry, if you would ask me, the dangers are many and chances of success, bleak.

DR: What, according to you, is the most unethical practice in the publishing industry?

SD:  Before answering the question, it is essential to realize that the publishing industry is one of the most ethical sectors around the world. But, every coin has an opposite side. And so does this industry. Unethical practices which editors need to be aware of include multiple submissions of the same manuscript, plagiarism (a prevalent issue), authorship issues, conflicts of interest, duplicate publication and salami-slicing!

DR: Do you try more to be original or to deliver to readers what they want?

SD: Delivering the readers what they want is a fruitful thing when you display reality in your creation that people can relate to by themselves. Thus, you need a blend of both, to make sure, the book succeeds.

DR: If you had to do something differently as a child to become a better writer as an adult, what would you do?

SD: To become a better writer, you need to acquire a straightforward habit: to study the works of hundreds of authors across the globe and to learn to appreciate them. Yes, I did this but not entirely. I would advise myself to read, because whatever you become, how much you read, matters at the end of the day.

DR: Do you want each book to stand on its own, or are you trying to build a body of work with connections between each book?

SD: The first two were parts of the Shri Ram Katha series. But, yes, definitely standing out as individual books is a remarkable piece of work that we all look forward to like authors and readers, both. And no writer would hate that, you know.

DR: How did publishing your first book influence and change your process of writing?

SD: It did not negatively influence my writing. I was unmoved by the fact that, within six months of its release, the book got widely circulated and read across a hundred plus countries. But yes, bringing out the second book in a more successful form is what mattered. It influenced my determination to create an original piece of work.

DR: What was an early experience where you learned that language had power?

SD: Language is all-powerful. I remember an incident from 2011, where I went to Delhi for an Indian History Congress session. My father is a professor, and he was a delegate over there. I believe myself to have had a good command over the English language, if not the best. Anyways, I'd gone to visit a famous college, The St. Stephen's College in Delhi.  The students there left quite an impression on me. And how? They regularly used English instead of vernaculars. There were students from Bengal as well, but even they were English speaking guys.

I think Chetan Bhagat might have brought about this incident in his book -Half Girlfriend - where the character, Madhav says, "Even the grasses grow there in English. And, the power of language is how you get to communicate with them."  That's when I realized that yes, language has the potential to express oneself to others.

DR: As a writer, what would you choose as your mascot/avatar/spirit animal?

DR: What does literary success look like to you?

SD: When your work gets appreciated by the broader strata of a societal hierarchy, and readers leave an appreciable comment from school students to scholars, you get to understand you're successful. Until then, howsoever prominent a scholar you might be, you're not a successful author.

DR: Do you Google yourself?

SD: Haha! Yes, definitely. Fifteen times a day. Googling yourself gives you the enthusiasm to increment the information Google carries about you.

DR: Before we sign off, any message you would like to give out to the budding writers/poets?

SD: Definitely! Follow no rules while writing a piece. Build up your imagination, increase your knowledge, enhance your creativity, sharpen your intellect and win the world with your ink!

Well, what a conversation! I wish the very best of everything to Souhardya! A brilliant, brilliant teen I have ever spoken to in my ten-year-long writing tenure.