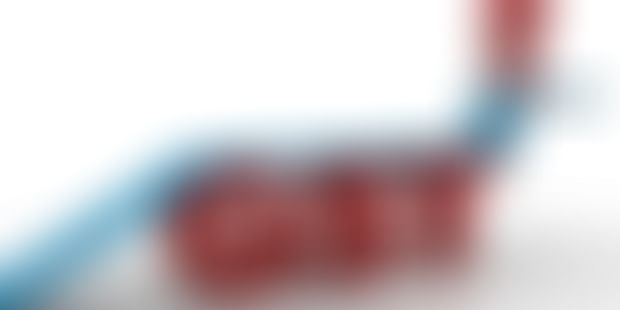 GST and its Impact on Indian Economy

GST was the biggest transformation in the tax, which India has ever seen. It was implemented with the notion of “One Nation, One Tax, and One Market”. It was implemented to dismantle all the various taxes of all the trades in every state. The night that GST rolled out, it altered complete India into a single market of 1.3 billion population. Our economy was of $2.4 trillion worth which was going to transform by diminishing internal tariffs, central, state, and some local taxes by creating a single tax – GST.

As any decision has its consequences and is faced by different opinions, same happened with GST decision. Some praised the decision and noted its long-term benefits and others expressed fear and downvoted this decision showing all the disruptive threats. The notion behind creating GST for all the 29 states and 7 Union Territories was that all the business people won’t have to file a lot of taxes and everyone could have an easy process. Besides, considering the customer’s or common people’s side, the GST was supposed to lessen the ‘n’ number of taxes and reduce the burden.

But, these were all ideal notions, what actually has happened and what not? How people are perceiving reality. Everything is different in practical life. Let us see how GST impacted India in actuality.

The Short-Term Impact of GST

According to the customer’s point of view, they have to pay more tax than ever for many goods and services as it comes added up in the original cost. Many things of daily life are having the same or a bit higher tax rate. Additionally, implementation of GST has a compliance cost together with it. This cost was high and limit-causing for the small-sized businesses, therefore they objected to it. Hence, the basic costs of the goods got increased to cover up the losses.

The Rise in Competitiveness

In India, for manufactured goods and services, the retail rate shows that the total tax value is approximately 25-30% of the product’s cost. After the GST application, the prices went down because the tax burden is stripped down to the end user. If the scope of the production increases then the competition increases.

Due to GST, the freedom of inter-state transportation has increased, which has led to bigger growth for all the businesses. GST has encouraged businesses to concentrate on Pan-India operations.

Doing a calculation of multiple taxes was a headache, but under GST, there is only one tax to calculate, which saves money and time.

The taxpayers don’t have to count for several taxes now, they can pay taxes uniformly. This singular tax has proven as an advantage for the same purpose.

The production cost of the domestic market has lessened down after the introduction of GST. Hence, it has led to the growth of a positive influence on the international market.

Reducing the burden of taxpayers encourages a number of people to pay their taxes. This, in turn, leads to a greater amount of revenues for the government. Hence, the government can give a lot of benefits later like loan waivers for farmers, grow infrastructure, strengthen the army, etc.

Influence of GST on Various Sectors

The rates for air travels and cabs got reduced to 5% and this change was welcomed by the customers.

For consumer goods and services industry, the GST rate was set as 18-20%. Some were highly affected, so opposed the decision and some were not. Recently they have been reduced to 12% slab.

Entertainment and Hospitality Sector has been set to 28% category and hence customers will have to pay more for such services like movies, hotels, etc.

After GST got applied, for the taxable supplies, the e-commerce operators get 1% of its net value. This is called as Tax Collected at Source (TCS).

Application of GST has impacted financial services and products like banking, funds, and insurances, and NBFCs.

Impact on Economy and Inflation

GST was an inflationary step as the 18% tax rate on the services had inflation figure raising.

GST has tried to create a positive impact on start-ups, but the start-ups have already being burdened by new business management, the filings for GST number and the processes were seen as tiresome.

The tax levied on operations like branch transfers and input tax has the chance to be claimed afterwards.

Before GST, there were many import duties on the goods, but after GST, all the indirect taxes were replaced by IGST.

After GST got applied, the supply chain doesn’t have a tax on its every single stage. Furthermore, the availability of input credits is acceptable.

The implementation of GST has exempted the rental limit of Rs. 20 lakhs on commercial properties, further, setting no limit for house rent.

After the application of GST, the rate was reduced to 5%, which was initially 18%. It later benefits the customers.

After the establishment of GST, the Special Economic Zones (SEZs) got benefits from the zero-tax rate.

After the introduction of GST, the real estate sector was mostly benefitted as it got more transparent in the operations.

Although, purchasing a house is non-taxable but, the GST applies to all houses under construction. The homes under EWS, CLSS, LIG, and MIG1/11 is 8%, excluding the cost of land. Those houses which do not come under these norms, are paying 12% GST.

The rate pre-GST was above 26% and post the implementation of GST there was a reduction to 18-20%, which came out as a pleasant news for the logistics sector.

GST inculcated an indirect tax regime, which created various taxes and duties on the trade of vehicles, accessories, and spares.

GST wants businesses to match the necessities of this tax. After the adoption of the requirements, the compliance costs were lessened to a major extent.

The chemical industry got benefitted positively in the long term, after the implementation of GST.

GST has proven favourable to the steel industry and hence given a positive impact. Earlier the rate was 18%, which was later reduced to 5% for some steel products.

The tax rates post GST are lesser than the tax-rates pre-GST era.

Earlier, the textile industry was quite against the GST due to its high rates, but still, it impacted positively. The range now differs from 5% to 12% according to the products.

As the domestic coal is in the 5% rate slab, the impact of GST is positive for lighting and electrical industry.

After GST, the rates for transporting coal through trains went down by 5%, and hence the logistics cost also reduced.

Here, there was no major impact as the pre-GST and post-GST rates were quite similar.

The goods after the job-work have special provisions as they carry no GST. The owner and the job-workers, both get the benefits of this provision.

The earlier rates were up to about 27%, which were reduced after the implementation of GST.

The lowest tax-slab rate of 5% has been assigned to this sector keeping the passengers’ benefit in consideration.

There has been a mixed impact after the implementation of GST, especially when the rates of fuel is considered.

This sector has been poorly affected so it wasn’t welcomed by the artisans all over.

The rates of the medicines have been increased by 2.3% for those which are in the 12% bracket and those with 5%, will see no change in the MRP.

There has been not of a much change as the tax rates got mixed up in the cement-production cost.

The price of alcohol has increased, but, no GST was applied. The state governments continued to charge VAT and excise duty on beer and liquor. They were not under GST for two prime reasons –

There has been a confusion in what these sweet manufacturers need to pay. Certain sweets were settled in 5% slab and the beverages into 12% slab

These were the industry-specific impacts of Goods and Services Tax in India.

There have been various speculations about GST and every decision has its opposers and supporters. GST has been a game changer, transforming the Indian economy at its peak by letting people pay only the net appropriate price for all services and goods under one tax. The single tax structure has lessened the burden of many people, thereby increasing the competition in the market. After GST first rolled out, there have been small or big revisions to it, the recent one being at the end of the financial year 2018-2019. This revision has seen many reduced rates than the initial ones, which has benefitted the country. There might be a possibility of having another revision when the government thinks that it is the right time.

GST, though a simple tax, yet it felt complicated to many people as it was new. Many people want GST billing software for GSTeFiling. If you face issues and want a GST return filling software for shortening the tedious and time-consuming process, then you can use our GSTeFile Software. It is convenient and straightforward to do online GST filing for small and big businesses. We provide affordable GST return filing packages so that your GSTeFiling journey becomes smooth and hassle-free.