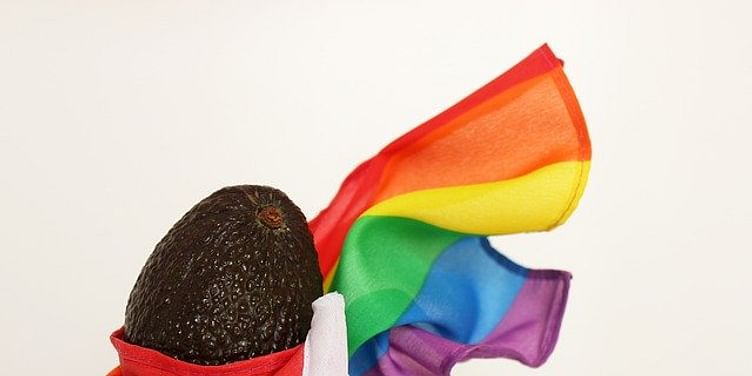 What if I tell you that the LGBT theme would emerge as a new brand or category in itself? Would it surprise you, if you see LGBT as a category with Men, Women, and Kids while shopping through an online app?

Absolut Vodka's Outrageous rainbow-colored bottle, launched in 2008, celebrating 30 years of marketing to Gay Community had earned several applause. Where many brands are proclaiming themselves as Queer friendly, the trend has peaked. Along with substantial amount of Corporate Pink-washing as well, identifying the correct intention is difficult. All these concepts amalgamating into "LGBT Marketing" are the new ins.

But marketing is not the boundary. What if I tell you that the LGBT theme would emerge as a new brand or category in itself? Would it surprise you, if you see LGBT as a category with Men, Women, and Kids while shopping through an online app?

The expulsion of Section – 377 and the LGBT Movement in India has affected the Social System in a positive manner. The discrimination, stigma around homosexuality, and rejection have gotten a lawful whip. But mainstreaming the acceptance of these identities requires profound Behavioral Change.

Amid the social transformation, the movement is gradually mutating in other aspects of our lives as well. Particularly domains, which revolve around our ethnicity and culture. Businesses and Society – the two are tied firmly around the social exchange. The adjustment in one would have a chain response in another.

In any case, good to mention that these changes would bring betterment. As Qantas' openly gay CEO Alan Joyce says -

"We have a very diverse environment and a very inclusive culture and those characteristics got us through the tough times. Diversity generated better strategy, better risk management, better debates, and better outcomes.”

Interestingly, here are few sectors which are experiencing gradual changes due to the LGBT Social Acceptance-

·       Fashion Industry – India has notable designers who belong to LGBT. However, prior ridiculed, their fashion sense and taste would emerge as new brands. These brands from apparel to accessories would change how India sees fashion from the lens of gender. The terms "Queer Fashion" and "Gender-less Fashion" would find new meaning in upcoming years. Such brands as of now are there in some western countries Underarmour, Otherwild, Wildfang, Bianca Designs, Peau de Loup, to name a few.

·       Education – Not to be surprised, the LGBT Movement as an extension to Equality and Gender Sensitization, would find space in the School textbooks too. It has taken almost a decade for CBSE to bring Sex Education in the mainstream school curriculum, after 1994, when India affirmed to the SRR's (Sexual and Reproductive Rights) of adolescent and young people in the ICPD's five-year review. The fate of LGBT education would find it a little difficult, however, it would happen.

·       Entertainment - Released in the year 1971, Badnam Basti -India's first gay film, grabbed less attention and was highly obscure. But nobody would question the kind of fame, movies like Margarita with a straw (2014), Aligarh (2015), Shubh Mangal Zyada Saavdhan (2020) have gained. And this list is long.

Similarly, Pragya Pallavi's album "Queerism," tells us that the Music Industry is inclusive too. These pieces were meant to invoke awareness and acceptance among viewers. Be that as it may, the future of entertainment has fresh romance, Drama, Romcoms, Comedy, Music Videos, albums etc., in it's bag.

·       Beauty & Grooming – American gay celebrity, James Charles' Eyeshadow Pallet with vivid rainbow shades is a must pick for any makeup lover's vanity. Platforms like Nykaa has been casting LGBT celebrities as their models. A number of LGBT influencers are coming up with unique and original content on grooming over social media. Beauty and Grooming is to see a complete turnaround with these fantastic ideas and products.

·       Matrimonial Industry – With few names like Bandhan.com, Arranged Gay Marriage, LGBT Matrimony bestows huge, dormant potential. With more and more families accepting these identities, same-sex marriages have gained tremendous popularity. The same could be seen happening to dating sites as well, where we have names like Hinge, Bumble etc.

Five years down the line, this is how the new Indian market would look - with a spectrum of enterprises, content, ideas, marketing, products, and services. And yes, remember, this would make it a better place to live - an environment inclusive of all identities and cherishing them with open arms.