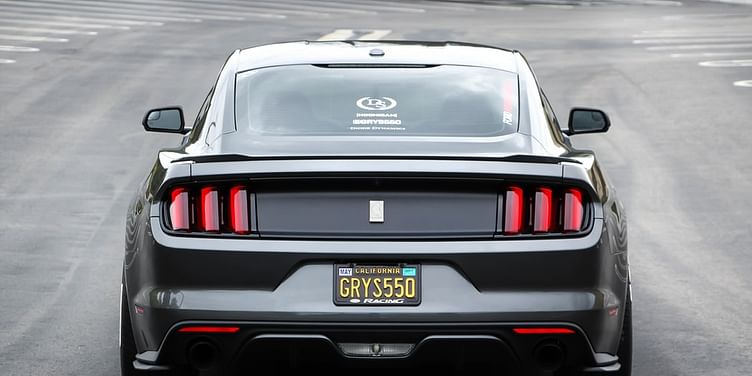 There are lots of benefits of license plate recognition software, but there are some disadvantages as well. In this article, we are going to have a look at the pros and cons of it, as well as some challenges the technology faces.

The evolution of technology is making wonders in the areas where we need them the most - security and law enforcement. Modern cities are under surveillance. They are developing traffic control systems and even implement face recognition software for identifying criminals or terrorists. Tons of hardware are also spread across cities to scan things like license plates or radio frequency identification tags.

Punishing drivers that violate laws or locating a criminal was way harder before technologies come in hand. Now, almost everything we do on the road is caught on camera or by sensors. As we all know, speeding endangers everyone.

In fact, in 2017 only it killed almost 10 thousand people, accounting for more than a quarter of all traffic fatalities in the same year. Aggressive driving causes 66% of traffic fatalities, so higher control rates are definitely required.

This gives a solid reason for governments to apply every measure needed to the infrastructure to keep aggressive divers to a minimum and punish violators before their behavior becomes a part of the tragic statistics we mentioned above.

Automatic license plate recognition has been in place in many cities and highways for quite some time now. That’s an image-processing technology used to identify vehicles by their license plates, as the name suggests. The detection consists of three main steps: motion detection, license plate detection, and license plate tracking.

There are lots of benefits of license plate recognition software, but there are some disadvantages as well. In this article, we are going to have a look at the pros and cons of it, as well as some challenges the technology faces.

Automatic license plate recognition eliminates the tedious process of manually recording numbers. Especially when a car speeds by, it’s almost impossible for a person to spot the exact registration number. However, automatic number plate recognition systems don’t just record the numbers, but they do it in real-time, which gives a clear view of traffic insights as well.

Many automatic license plate recognition systems have both still and video footage. Some of them are specially designed to take snapshots when a vehicle speeds, passes on a red light or takes a wrong turn. The recording is stable under different camera positions and angles and different weather conditions as well. Video footage can also help traffic departments and assists legal counsel.

License plate recognition is deterrent for serial traffic offenders. The system helps with reactive security as well. This includes inspections, forensics, investigations, and legal proceedings. No matter which perspective you look at it, automatic license plate recognition seems a necessity. In fact, this survey shows that it’s also particularly useful when it comes to detecting stolen vehicles.

Some would say that this is a disadvantage, as the importance of manned surveillance is reduced. However, that’s not completely true. The traffic personnel that used to stay on the streets can now work with all the information provided by the automatic license plate recognition software and be way more efficient. Keep in mind that the accuracy this system provides is very high.

In some cases, bad weather and hindrances can make automatic license plate recognition systems not completely effective. When this happens the security measures might be turned off and manned surveillance will be more needed.

The fact that images and records are kept and stored raises some privacy concerns. People are usually afraid that the records of someone’s whereabouts in all these footages might be misused. It can become a subject of data thefts or people with all kinds of nefarious intentions.

However, experts claim that LPR isn’t infringing on anyone’s privacy. The police have always been able to run registration plates, as they are issued to be used on public roadways. Furthermore, this system is much more objective than a person doing the job. It automatically checks every plate and no discrimination could be involved.

The responsible agencies are taking these privacy concerns into consideration, to make sure that people feel safer on the road instead of at a bigger risk.

There are still various problems with automatic license plate recognition systems. The most common challenge they face is the non-uniformity of license plate number models for different cities and countries. Their length may also vary. That's why the software must be customized to the place it’s being used in.

Developers now work on easily customized software that provides high-quality footage and extreme accuracy. This makes the LPR application suitable for every country in the world. Most of the challenges that first came up with the idea of automatic LPR are now overcome and the only thing that should be taken care of is the protection of the collected data.

A core principle of our modern society is not to invade people’s privacy and collect information about citizens activities unless they are doing something wrong. Despite all privacy concerns, license plate recognition software isn’t doing any of that. The only purpose of the information it collects is to help people feel more secure while they’re on the road and punish violence.

More cities are developing traffic control systems to help monitor the movement and flow of vehicles around the road network. For this purpose, advanced LPR software has become a necessity.