How to Make an App Like Spotify: Complete Guide 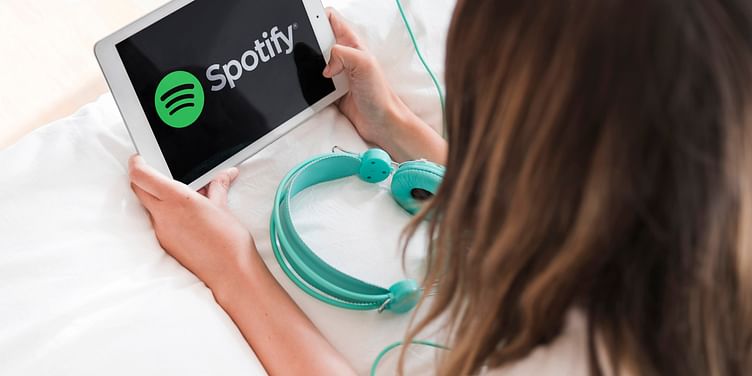 The needs of humans keep changing continuously and is quite chaotic, especially when it comes to the needs that are triggered by emotions. Music, for most people, it's all about emotions except for a few musicians and music directors.

A song that you like at this moment might not be something that you would want to listen to a few hours from now. Similarly, you might want to desperately listen to a song at that time which you might not have in your list of stores songs on your mobile device or player.

The iTunes Store effectively addressed the problem of having to buy an entire album only when you needed one song. However, it failed, at the time at least, to address the problem of people one thing one song at a given time and not wanting it from that moment on or probably not want it at some point in time.

This is where the relevance of streaming music apps come in. Music streaming apps can be considered the Uber of songs – you do not own the song but you have the rightful authority to listen to it when you want it!

The fact that the physical music sale has dropped almost to zero is a resounding testimony to the fact that streaming is in vogue. Apps like Spotify have been revolutionizing the music scene by giving people access to a humongous number of songs legally and that too without taking up a lot of storage space on their phones. It gives users an opportunity to carry millions of songs on their smartphones without having to dedicate a single byte of storage.

With the growing internet speeds, the internet penetration in almost every country, the growth of independent music artists, the growth of recording technology, and the reluctance of people to 'buy' something as opposed to 'renting' the same thing, you, as an aspiring entrepreneur, can consider profitably creating a Spotify like app.

Just like how the CXOs of the Fortune 50 companies would say, let's talk business! It all comes down to where are you get your revenue from. With music apps like Spotify, there are multiple streams of revenue.

The first and foremost revenue that you get is the subscription cost that users pay. To access music legally, they will need to pay a certain subscription amount either on a monthly or yearly basis, and this forms a major chunk of revenue for streaming apps.

In addition, you can also run advertisements either in an audio or visual format making use of the usual app monetization programs provided by Google and other platforms.

You can even consider charging a fee for promoting independent artists for relevant searches, making it, in essence, a paid search marketing campaign.

In short, it is possible to make money in any place where people throng in huge numbers, and music streaming apps surely fall into this category.

The music streaming industry has been steadily growing in terms of market volume and it is expected to inch close to $10 billion by 2022. Considering the current growth rate, the number of music streaming users is expected to be a bit more than 1/7 of the world population, estimated at 1.273 billion users by 2024.

The revenue from the music streaming industry is expected to be about US$15 billion in 2024 and it is a massive 50% growth from the $10 billion that was in 2017. The United States is expected to be the market leader as it is today with a market volume of $4 billion as of 2020. It is estimated that 35% of the streaming market will belong to North America.

All these statistics might not have taken into consideration the growth rate of music streaming and video streaming in populous countries like India and China. Although the statistics might tip the scales in favor of the two Asian giants, it can only be expected to increase the total value of the market and the number of users.

The competition in the music streaming industry might not be big in terms of numbers but they are surely massive in terms of brand value. Some of the biggest names in the digital world like Apple, Amazon, and Google are your direct competitors. In addition, there are a few grand old players like Deezer and Pandora. Above all of these stands the niche player Spotify that specializes in nothing more than streaming music. Let us also not forget the rising Asian giant Tencent.

With the entry of ﻿Apple﻿, ﻿Amazon﻿, and ﻿Google﻿, if the likes of Deezer and Pandora can survive, it can only be concluded that there is always room for new competitors to get into this space and strike success as well. However, to ensure that you succeed, there are a few features that need to be put in place.

The basic features of a Music streaming app

To start with, the users should find it extremely easy for your app to get started with! An easy and seamless onboarding process makes it convenient for users to sign up for your app. Facilitating social media logins will help users sign in with a single tap rather than going through the cumbersome process of email address, phone number, and verification.

The music streaming should be made flawless and light. This means that your users should not waste a lot of data, but at the same time, should be able to get an impeccable experience without compromising a lot on the quality of music. For this, a lot of apps use the delivery of the audio in small packets ensuring that the entire song does not download it because the person might pass the song at any time and shift to another. It is to be remembered that this particular part is the heart and soul of your app and the revenue it generates.

A robust search functionality should be integrated into the app. It is quite possible that your app gives access to thousands if not millions of songs. Having a versatile search functionality tabling searching by song title, artist, album, year of release, and a few other parameters make sure that your users can reach the song they want with as little frustration as possible. In addition, incorporating all these attributes to songs will go a long way in collecting user data and suggesting the right songs for them.

Although the features can be considered auxiliary your users should be able to create playlists and also share their playlist on social media platforms.

It is true that the greatest advantage of streaming is avoiding the necessity to download. However, in a few instances, when internet connectivity is expected to be erratic, users might want to download the song that they want. Your app should facilitate downloading of songs and you should make it playable only within your app and not anywhere else.

Europe should be integrated with a payment services provider that can accept all modes of payment including but not limited to credit cards, debit cards, internet banking, and wallets.

There is no question that an app like Spotify is a profitable business idea and the possibility of profitability only gets better with the steady growth predicted for the music streaming industry. If you would like to create a Spotify like app, all you need to do is get in touch with an app development company that specializes in clones of Spotify. They will take care to understand your requirements and not only create the app but also customize it according to your requirements, so you can set a stream of revenue to play into your bank account without any interruptions!