Organizational change is difficult, no question about it. And it's all the more difficult in Family owned businesses which are colloquially known as Lala Companies. The term, however, has negative connotations to it.

Organisational change is difficult, no question about it. And it's all the more difficult in Family owned businesses which are often referred to as Lala Companies.

In a Lala Company, It's challenging to get people to go about their jobs differently. People who are set to work with a fixed mindset, often out of fear of being kicked out by the promoters without any reason. So what typically works for an MNC generally don't in these companies. And it's not like Lala companies are not willing to change. They almost always hire Big Consulting firms for Business Transformation engagements yet the results are often disheartening.

Studies consistently report that about three-quarters of change efforts flop—either they fail to deliver the anticipated benefits or they are abandoned entirely.

I have been working with Promoters-driven companies from over 3 years and during my interaction with the C-suite, it became evident that all of them were facing similar challenges and had a simple wish-list: Employee Satisfaction, Operational Visibility, and Financial Prudence. Yet, the intent never percolates through the hierarchy. Leaders blame flawed implementation for failure and the employees blame the leaders for conducting these paper exercises just for their personal satisfaction or to drive their selfish agenda.

Because poor implementation is assumed to be the core reason for failure, leaders put tighter control on the processes to improve the execution which only works to stifle the autonomy further, leading to dissatisfaction and lower morale. This undermines employee commitment to future initiatives, making such intervention more and more difficult. So how can these companies choose their change management initiatives wisely to avoid a negative impact on performance?

In this article, I will try to illustrate the tools needed to accurately define what's needed in transformation initiatives:

While you may not put everything out in the open, a transformation won't succeed without broader involvement. In one of my assignments, a major transformation initiative wasn't as fruitful; primarily due to lack of communication at a broader level. A lot of new systems and processes were conceived during this phase yet most were half baked due to lack of involvement and the CEO had to finetune the entire exercise from the bottom-up.

Change Management cannot happen in isolation and it can't be a purely top-down activity. The bottom-up part of the change process requires the identification of potential leaders throughout the organization. Selected leaders should be given the freedom to lead and improve the process. Deviating from an inert culture requires substantial push and is an uphill task and the potential leaders will require every bit of support they can get from the C-Suite to succeed.

The old fashion surveys do not work as Employees don't express what the feel out of the fear of being caught and the true picture is never revealed through these interventions. There is a new generation of tools which are replacing the traditional. Commercially available software based on Machine Learning / Artificial Intelligence are making huge in-roads in this area with the use of Machine Learning and Artificial Intelligence. The real-time data from such tools allow rapid availability of sentiments which can be used to further optimize interventions.

One of the key reasons why employees resist change is due to the fact that they are already busy with their day-to-day responsibilities and it's natural that they will resist the changes to their work or to the systems they use. Ideally, no one's workload should increase beyond 10%, else the initiative will suffer. Companies must decide whether to take away some of the regular work of the identified leaders. Companies can start by ridding these employees of nonessential responsibilities or provide them with an additional resource to manage the increase in workload.

With rapid disruption becoming the norm, a corporations capability to rapidly transform becomes its key sustainable advantage. Involve everyone in your corporate transition, and you’ll lead a team that feels valued, motivated, and driven to help your transformation succeed. 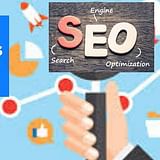 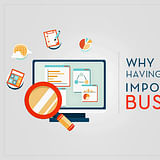 What is the Importance of Website for Local Business?