React Native vs Swift: Everything you need to know

When it comes to comparing React Native with Swift, some may think it to be a justifying move but, for others, it is all about comparing apples and oranges. We can say that in certain areas, these two technologies overlap each other, but they have their own benefits and purposes out there. Both of them are used for iOS app development, where React Native is the JavaScript framework and Swift is a newbie programming language

So before we get into comparisons, let's see what these technologies are in the first place.

What is React Native?

React Native was actually developed by Facebook and they use it to build cross-platform mobile applications. The native apps are platform specific and for the same, it follows a said programming language. On the contrary, React Native follows JavaScript and makes it possible to have the codes shared among different mobile platforms. It is possible to share around 80% of the codes among different mobile apps by opting for React Native. This implies to the reduced time in terms of mobile app development.

Today, React Native is considered as a well-known option to build cross-platform app solutions. Big brands like Facebook and WalMart are among the brands which are leveraging it for their business success.

Swift is a multi-paradigm, general purpose and modern programming language that comes from Apple. This was developed so as to develop the devices powered by the iOS and the ecosystem it follows. The apps developed using Swift was also designed in such a manner that it works well on watchOS, macOS, tvOS and now even on z/ OS that comes from IBM Mainframe.

The language has been made available for the community to use as it is distributed currently on Apache License. We can say that it is relatively a new project which was launched a few years back i.e., in 2014. Today you can easily find native app development company for your project.

React Native V/s Swift – Why compare at the first place?

The days are gone when mobile apps were considered as just a tool which can solve a problem. Today it is more about a lifestyle prop which works towards establishing a deep bond with the user. So for users who have got the app installed, it more or less resembles the fact of having the brand always in their palm or pocket. As per the report of IDC, it has been noted that 80% of the smartphone users go for their mobile device just within the first15 minutes of waking up. This clearly means that having a mobile app is necessary today.

Building an app can be an expensive affair and when you are focused on having a cross-platform app with cutting-edge features, the price may go up. For the companies, maintaining quality without cutting down the costs is a huge gain. When developing the app, the companies have to think in the interest of both Android and iOS devices. They need to come up with different software solutions that will work on those platforms, accomplishing the same task. Now, this is what cross-platform mobile app development does. Now optimizing the app is costly too and so you need to compare both the technologies and expand its possibilities.

There are a number of reasons to choose React Native for your mobile app development project. Some of them are mentioned below:

Why choose Swift for app development?

There are a number of reasons to choose Swift for your mobile app development project. Some of them have been mentioned below:

Pros & Cons of the React Native and Swift

For React Native applications, things can get demanding when there are more tree models to be managed over different platforms. Adding more responsibilities to React Native can disturb everything and so it goes for shared core advantage.

React is a JavaScript library which is used to build UIs. If your work is just limited to web development, using React can be enough to do the job. However, if you are set for mobile app development, you will need the necessary tools which will be provided by React Native, the JavaScript framework.

The UI solutions build using React Native has native widgets which are consistent apart from being completely flawless. There has been an increase in user experience by the use of animations, scroll accelerations, and keyboard behavior.

The use of integrated components in React Native helps developers to complete basic tasks effectively and quickly.

Even though React Native comes with a number of APIs, still there will be a need to have other APIs by going through native modules. These modules are written in the native language and are then included in the remaining code. This actually seems good but will only work well if you know well to use the language and the tools.

If you are planning to come up with a complicated app, React Native is not the right choice. If the project is a small and simple one, you can benefit from code sharing(yes, some parts of the code)

Here, you can access all the APIs just by making use of the native environment.

Availability of a variety of resources:

You get to access a large number of third-party libraries when you choose to go for development in the native environment. This step will help you develop apps which are functionally well all the while offering better user experience.

When you are working with React Native, there are more chances of uncertainties. But when you go for native development, you will be able to enjoy the benefits in the long run.

The need to have two separate applications:

Native platform offers platform specificity and it can be considered as its biggest disadvantage. Here, to build apps for Android and iOS, you will have to come up with separate codes and its sad to know that it does not support code sharing.

Let's see some comparison between the two technologies based on different criteria's.

When you are considering mobile apps, especially in a situation where you have to choose an efficient framework, performance plays a vital role. There are three factors which help you decide the best and they are allocated memory, CPU usage, and energy that influence different tasks like opening a URL, the first run and taking a call. It is important to understand the time taken to open and scroll the language is based on the call, which is calculated on frames per second.

If not considered better than Native iOS, React Native can be considered as good as in terms of energy impact and CPU usage, compared to the applications which are written in Swift, the ones developed with React Native tend to allocate more memory. You also need to note that the apps which are developed using React Native tend to keep aside 20 MB memory for different components of RCTBridge as well as for itself. This means we can conclude that in terms of performance, both are considered to have similar efficiency and behavior.

Due to the short development cycle and thereby lesser costs, has driven many startup businesses to choose React Native. Relatively, React Native is quite easy to learn and understand and for companies, they can easily train their developers too. When you plan to go ahead with React Native for app development, you are saved from having and maintaining two separate teams for iOS and Android, which clearly brings down the overall costs related to the resources.

When we talk about the development process both – Swift and React Native is said to be almost similar and the prominent difference that you will find is in the sequence in which the tasks are taken up. Now one thing that you need to know is that this said sequence offers to React Native advantage over Swift as React Native comes with hot reloading feature which helps the React Native developer to save around 30% of development cost and money.

On the other hand, the developers working on React Native project has to create needed modules on their own. Suppose you want to have the design or a feature just the same as the one in the native iOS app then the developer can achieve it by making changes to the existing modules or build one from scratch.

Trends to be seen in Swift

Trends to be seen in React Native development

Some of the apps built using React Native are:

Some of the apps built using swift for iOS platform are:

So here we have seen some of the detailed comparisons of going for Swift and React Native development. Whether you need to choose React Native or Swift, completely depends on the business requirements and on your personal preferences.

If your app does not need any complex animations or the latest features, then you can choose to go for React Native. Moreover, if you need to have multiple features and you are an expert in terms of Android and iOS, still opting for React Native is recommended. You will be able to achieve things easily just by finding a reliable React Native development company.

However, if you are a newbie developer who is currently looking for establishing oneself, it would be better you launch a single platform based app first. Once you have done that, just wait and see how things work. Once you know everything is fine, you can go for other platforms. 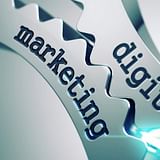