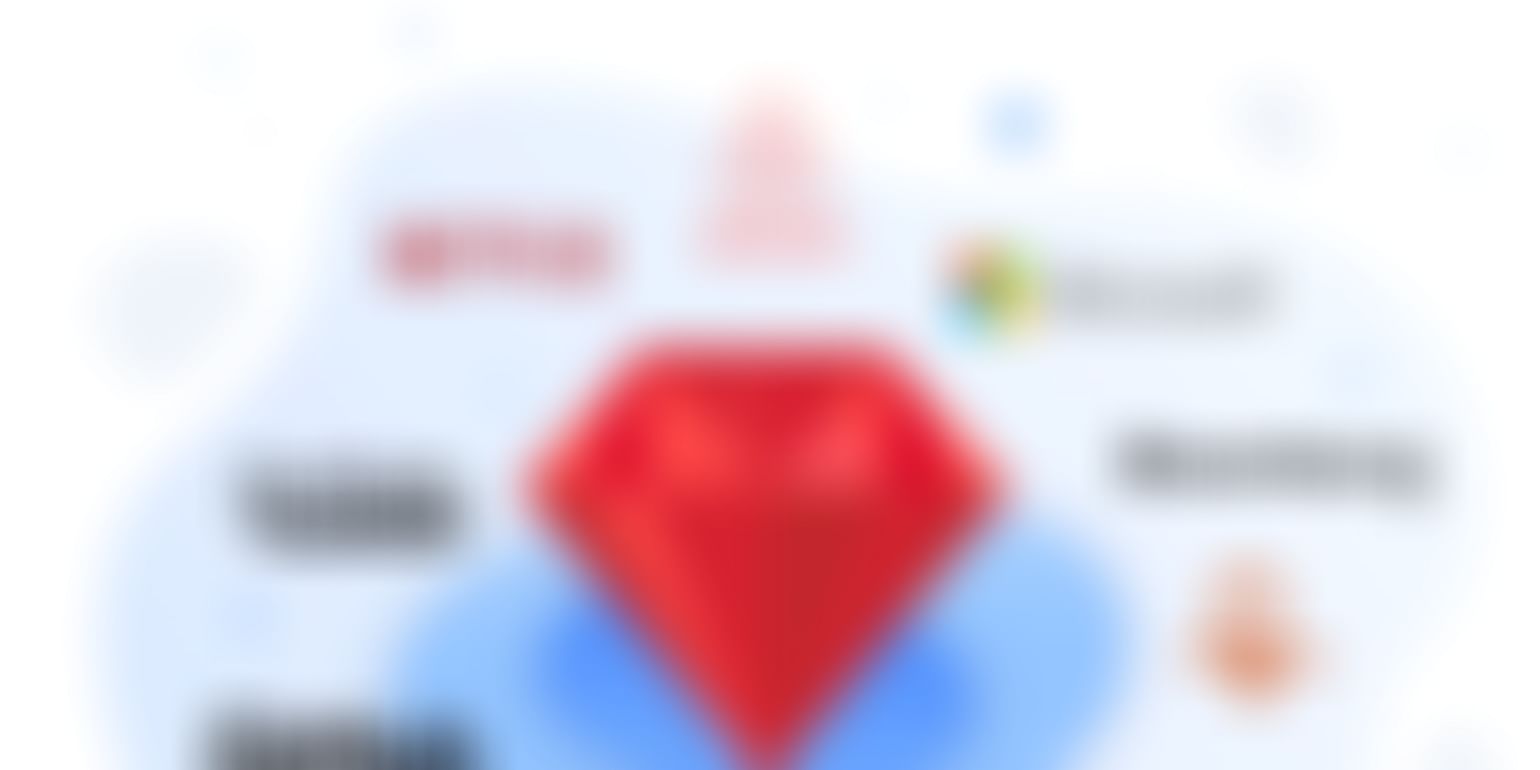 Creating your first web-based project is not only fun and games. It requires a good idea, a lot of imagination, a lean business plan, a structured project process and, a great team of developers.

Moreover, it requires the right technology, so that your startup could launch fast and be flexible enough to grow into a large product. Ruby on Rails framework is considered as one of the most popular programming technologies for web development.

Below you will discover the Ruby on Rails usage trends and 4 companies that chose this technology and succeeded. Get ready for some inspiration!

Why do Startups Choose Ruby on Rails Framework?

It was mentioned that the Rails framework is one of the most popular technologies. It is worth mentioning that RoR is particularly popular for startup development.

Ruby and Ruby on Rails are relatively easy to learn technologies. As it is said, Ruby was founded to make coding fun. And there’s always a huge pool of Rails or Ruby web development programmers. According to Clutch.co, just in the US, there are about 600 companies that offer Ruby and RoR development.

Besides, it is possible to hire a Rails team, at any rate. Ruby on Rails rates start from $20 per hour. According to Upwork, the rates vary depending on geography:

The Rails community is considered one of the most friendly and responsive. Here is one important thing to keep in mind: the whole Rails framework developed thanks to its community. Rails developers contributed their code samples and architecture ideas, shared tools and updated libraries.

At the end of the day, we got an open-source framework with loads of useful ready-made tools. You can check out the leading Ruby communities by visiting Rubyonrails, Ruby-lang, and Gorails.

When you create an app upon the MVC principle, you are able to implement changes on each level separately. Moreover, it is easier for new developers to make upgrades to the old code without having to rewrite it.

Testing and debugging speed up RoR development a bit, too. A nice feature of Rails is that the framework follows TDD principles.

Test-driven development allows developers to use automated tests that are usually written before coding. Therefore, it is much harder to make a mistake but faster to debug in case it appears.

Top 4 Ruby on Rails Use Cases

Let’s face it-no one was born perfect and every successful project was started as an MVP.

As time passes, this Minimal Viable Products grow and become fully-featured. Projects like Airbnb and Shopify are massive now. But there were days when they were just ideas and their founder chose RoR to develop the first versions of their products.

Then these already famous products got lots of adherents that started developing Airbnb-like or Shopify-like products using the Ruby on Rails framework.

So let’s look closer at those who started Ruby on Rails trends and affected the most common Rails use cases.

Kickstarter is a crowdfunding platform that helps startups find funds for the further development of their projects. Kickstarter architecture is built with both Ruby and RoR, as far as both technologies were helpful for rapid development.

The secret of Kickstarter’s success is being the first to create a working crowdfunding model: the platform lets startuppers offer their ideas in exchange for financial support from backers.

Currently, Kickstarter is one of the most helpful online platforms for young entrepreneurs. According to the recent Kickstarter stats, there has been over $5 billion pledged and over 170,000 backed projects since the project was launched.

Airbnb offers accommodation for rent, mostly for travelers. The service lists thousands of rooms and houses for rent in over 200 countries. The users can both seek for a place to live during their vacation and rent it out to other travelers.

Airbnb chose Ruby and RoR on the back-end along with React on front-end to make website process information faster and enable daily updates for accommodation listings.

Shopify is a subscription to a software service that offers to create a website and use their shopping cart solution to sell, ship, and manage goods. Using their service, clients can get access to easy to use admin panel where they can add products, process orders and enter store data.

Shopify shared their experience scaling the Rails app before, and it still applies. Their choice may be a historical issue.

Today the project still uses the RoR framework to support over 500,000 businesses.

Bloomberg is a media resource that provides its customers with various kinds of tech information, including news, stock markets, data, and research.

Bloomberg chose to use Ruby on Rails for its platform for several reasons. The main reason for choosing Ruby on Rails is that the Rails framework is flexible and allows working with large amounts of data.

This technical benefit was crucial for Bloomberg as it processes loads of news, stock data, and analytics.

When Not to Use Ruby on Rails

There are plenty of project ideas Rails is perfect for prototypes, MVPs, websites, web-based apps, and others.

But there is also a list of products that can’t be properly developed with the Rails framework.

Ruby on Rails is not the best technical solution for:

To sum up, let’s remember why projects like Kickstarter, Airbnb, Shopify, and Bloomberg are choosing Ruby on Rails and why startups remain to be the core use case of this framework.

Free tools and libraries. The RoR framework is distributed under the MT license. That means that vendors can use this framework for free. Moreover, the Rails community shares code samples and ready-made libraries, tools, and gems, that provide rapid development.