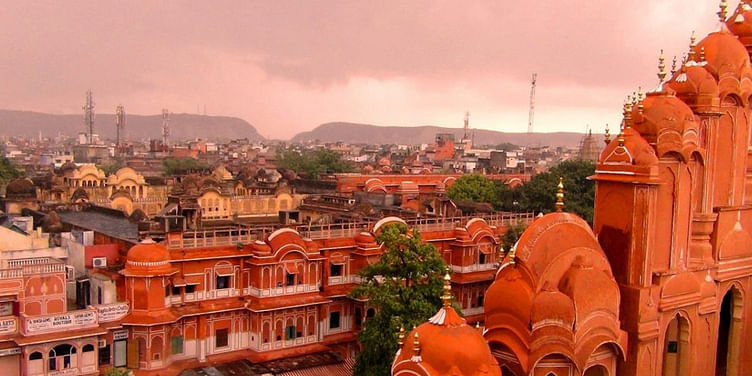 Here is the detailed list of cultural holiday destinations in India which is reckoned as a potpourri of rich culture, heritages, and vivid cultures.

01. Varanasi - The Land of Spirituality

If you are looking for a spectacular blend of colors, spirituality and traditions, visit Varanasi, one of the most spiritual destinations in India. The city is an assortment of diverse cultures and religion and you would come across a melodious blend of Hinduism, Buddhism and Jainism. Varanasi is populated on the shores of holy Ganga River and houses numerous temples, Ghats, vibrating markets, ashrams and meditation centers. Do not miss out the chance to witness the charm of evening Ganga Aarti ceremony which is just a rejoicing moment. I believe everyone knows about the artistic Sarees and classical musicians at Varanasi and this is something that doesn’t require any sort of introduction.

Jaipur is the capital of Rajasthan and showcases the intriguing cultural heritage and history of the bygone era. Also known as The Pink City, it is acclaimed for its spectacular forts and palaces and rich traditions that reverberate with the royalties and Valour of the erstwhile kings. For a memorable trip to the land of royalty, do not miss to explore places like Hawa Mahal and City palace, relish lip-smacking Rajasthani cuisine and shop in the bustling markets. Jaipur can be reached after 5 hours’ drive from Delhi. The best mode of travel is by hiring one of reliable intercity cabs in Delhi.

Also called as the Cultural Capital of India, Kolkata is reckoned as one of the best cultural destinations in the country. The city is worldwide popular for its stunning heritages and also for its amazing literary section that is visible in its rich culture and traditions. From literature to food, sweets, sports, music, sports, films, festivals and much more, Kolkata city breathes culture. Durga Puja is believed to be the most popular festivals in Kolkata which is celebrated in a very grand way and has gained great cultural significance globally.

One of the top cultural destinations in India, Mysore is also called as the City of Palaces. The illustrious past and cultural heritage of the Wadiyar dynasty is depicted through its grand palaces, temples, monuments and festivals which are the prominent attractions of Mysore. Make sure to taste the Mysore Pak, the famous delicacy of the city and buy the exotic Mysore silk sarees. Mysore is a popular weekend destination from Bangalore and people generally travel by hiring taxis from reputed service providers like Savaari Car Rentals.

05. Mahabalipuram - The Legend of the Seven Pagodas

Housing spectacular monolithic sculptures and wonderful rock carvings, Mahabalipuram is also enlisted among must visit cultural destinations in India. The awe inspiring monuments, sculptures and carvings exemplifies the artisans’ creativity and craftsmanship, and the rich culture prevailing during that era. Shore Temple, Pancha Rathas, Arjuna’s Penance are the most popular attractions in Mahabalipuram.

Delhi is an amazing mix of old traditions and values and modern lifestyles. It is a potpourri of diverse cultures as natives of different corners of the country have flocked and settled themselves  in the capital city of India. Old Delhi that will transport you to the era of the Mughals where you can witness the glory of heritages and rich cultural exuberance. The grand forts, palaces and tombs are landmarks of Delhi’s lovely heritage. Explore the bustling bazaars of Chandni Chowk and relish the authentic North Indian cuisine and warm hospitality of this vibrant city.

07. Madurai - The City of Four Junctions

It is the cultural hub of the Tamil Nadu and houses several cultural heritages that date back to almost an era of more than 2500 years. Madurai is world renowned for its Meenakshi Temple where tourists in huge numbers throng from all across the globe. The city’s cultural euphoria is also portrayed in its colorful festivals.