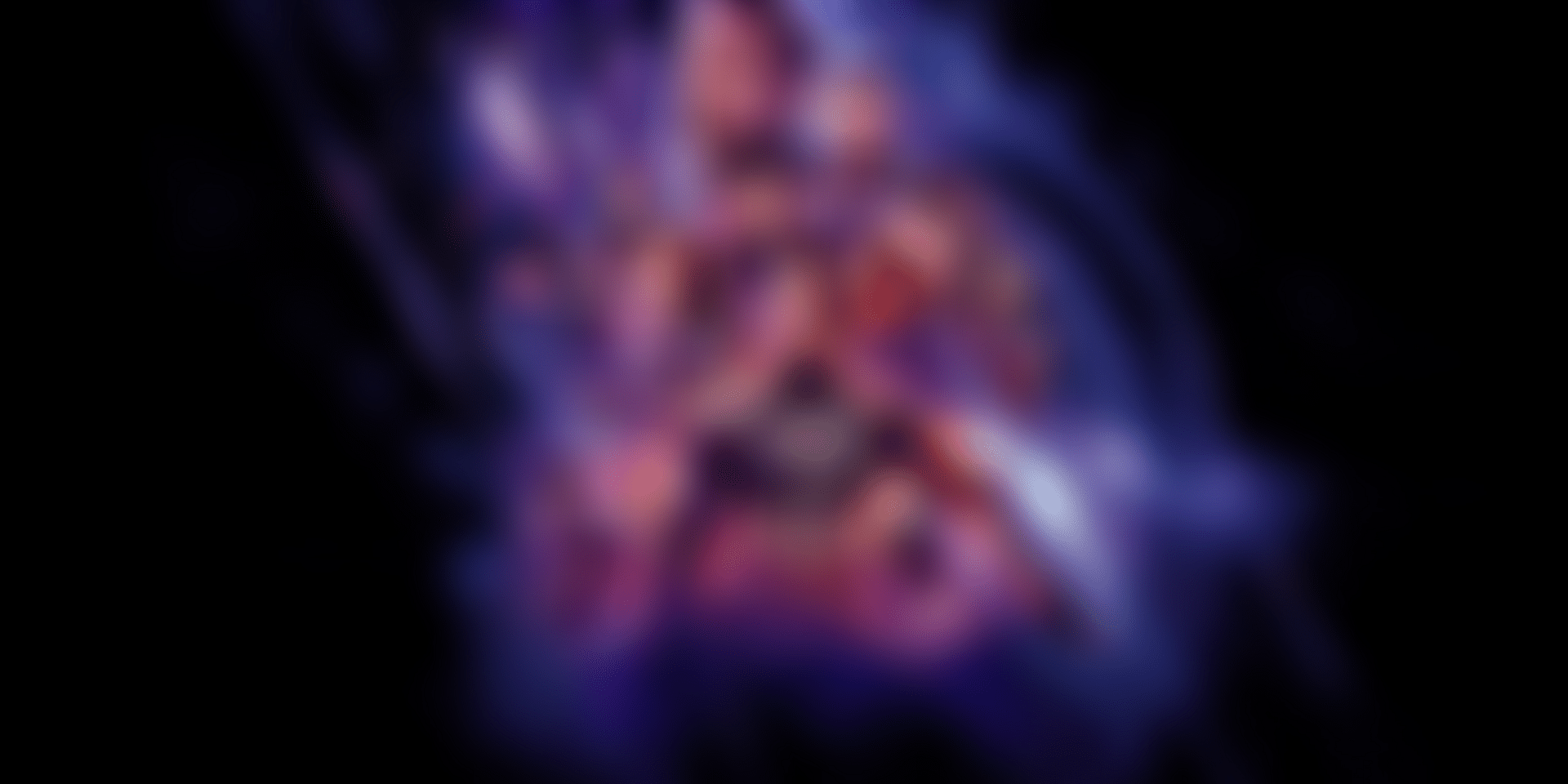 The year of 2019 has started with movies and web series, which have broken all previous records and created new standards of success. May it be Hollywood movie like Avenger-infinity wars, Web series like Game of thrones or Bollywood movies like Uri- the surgical strike. The movies always come with stories, which creates a great impact and influence on our minds for years. We as viewers enjoys these creative work and create parallel universe in our minds based on the influence of these movies. Therefore, it is important not to miss any learning which can be gathered from the movies. Penning down the learning and using them for self-motivation can have a great impact in your daily life.

I have seen Avengers- The End game, which is a splendid and marvelous creation by Russo brothers. The movie revolves around bunch of superheroes of Marvel Universe and their fight against super villain Thanos.

I am the Author of Unstoppable You: Declutter your route to Purpose and I will be extremely happy to share share my 10 learning's from this movie.

1. Life is mortal without purpose

First learning is without purpose life is mortal but with purpose, life can be immortal. We all know, no one has ever escaped death. Is it really possible for someone to be immortal ?

Well, if we go through history , there are many persons who are dead long ago but still alive in our minds. Their thoughts are still shaping our ideas, showing us path to future. Do you know what is common in all of them, they all had purpose, thought beyond themselves and impacted the masses, just like our superheroes or super-villains.

All the superheroes are superheroes because they have a larger than life purpose in their lives and they are ready to sacrifice their lives for it. Iron man in The Avengers movie describes himself as Genius, billionaire, playboy philanthropist and we all agree with it. He can live a happy life with his family, watch his children grow and die peacefully, so can other avengers. But can a happy peaceful life can make them avengers or superheroes. The answer is NO. They all have a purpose in life, which is to save earth and universe from dark powers. This is what makes them Superheroes.

Facts and fictions always cross their roads. Iron man character is influenced by Elon Musk in real life. This is just one example of many.

With Avengers - end game, Ironman has achieved immortality in Marvel Comics Universe (MCU) and heart of viewers. We don’t know if we will see him ever again but he will never die in the minds of viewers. Start thinking about your purpose.

2.When you want to achieve something difficult, then you need to leave everything behind.

Second learning tells about how purpose motivates you. When you want to achieve something difficult, then you need to leave everything behind, plan your mission and execute it. When purpose becomes more important than life, then nothing is impossible. When someone has single goal in mind, then brain starts working on ways to achieve it.

Avengers created single goal to get bring back half of the population, which died due to Thanos’s fingers snap in Avenger – Infinity war. They were ready to put their lives on stake.

Goals should excite you, motivate you and maybe scare you at the same time but every action should be to achieve that goal. When you don’t have a goal, you become like the fat Thor, who just want to live in a bunker to eat, drink and enjoy the moment but lives in the guilt of failure. Isn’t it ?

3.When something is important enough, you do it even if the odds are not in your favor.

This is a quote by Elon Musk and our third learning. Sometimes in life, few goals are so important, that you need to work for them even if the chances to win is one in fourteen million. Well, the figures may remind how Dr. Strange saw 14 million different futures and found only 1 chance of winning against Thanos. Still, Avengers put all their power and focus on that 1 chance and the rest is history.

Now let’s focus on facts from real world. Elon Musk is a serial entrepreneur. He is working on ideas, which are said to be impossible. Creating human habitat on mars, creating profitable electric cars company, providing affordable electricity from solar power etc are some of the ideas he is working on. No one believed in him and every one mocked him because even mighty countries like America never tried of doing it. Still, we know SpaceX, Tesla and Solar City. He was able to do it because he thinks, it is important to save humanity even if there is no earth, he feels his purpose is beyond success and failure. Close your eyes and think, is there anything you are ready to fight for, even if chances of losing are high.

4.Achieving goals is a team work.

Fourth learning is once a goal or mission is created, then you need to create team of people with specific skills. Individually, everyone might be weak in front of adversity but if individual skills are used correctly as a part of team, then something impossible can also be achieved.

We have to agree that everyone has unique skills. The skills can be like Thor’s powers of thunder, brilliant mind like Iron man, leadership skills like Captain America, brute force like Hulk, powerful like Captain Marvel, canny like black widow etc. They all were brought together, a team was created and they did what seemed impossible in MCU. To create and manage a good team, you need to recognize your strength and the strength of people around you. Do you believe in your own skills and in the skills of people around you ?

5.Dividing work among teams and team against work is an art

Fifth learning is once the team is selected, task need to be divided and teams are assigned based on their skills. Sometimes it is about finding the infinity stones in MCU by Avengers or it might be achieving your life missions, you need to divide work into smaller tasks and assign them to people. While selecting people for any task, previous work experience helps in gauging their capabilities.

6.Chaos is part of life. Embrace it.

Sixth learning is life is full of chaos. It will always test you and no matter how much you have planned and prepared, something will fall apart. At that time, you have two choices. Either you accept failure or you improvise. Superheroes improvise and they believe in themselves. Improvisation comes, if you know that your life depends on it and you have to achieve something no matter what. Iron man and captain America did the same while taking Teserract (aka space stone).

7.We are our choices

Seventh learning is that “you will become what your choices are, far more than your abilities”. If you will sow seeds of hatred in mind, animosity or feeling of superiority, this will lead you to darkness. If you will choose peace and happiness, you can light the world. Gamora and Nebula are daughters of Thanos in MCU. They were part of Thanos’s search for infinity stones. They were powerful and cruel, yet kind and gentle. When the time came for choosing path between light and darkness, they choose the path of light. This happens in every person’s life. You will always get choices and what you will chose will become your destiny. Isn’t it ?

Eight learning is that bad choices leads to bad result. It does not matter if you are good but if you are working in bad company, you will peril. While final war, Thanos ordered to fire on his own army just to save himself. Avengers were ready to give their lives for their team and for saving earth.

Time will come, when you will have good and bad choices in front of you. The bad one will look more lucrative than the good one, but that will be your choice and your destiny. Choices will be yours, so will be the result. Isn’t it ?

Ninth learning is if you are on the evil path, no matter how much powerful you are, you will be defeated. Thanos is one of the powerful supervillain of Marvel Universe. After getting all the infinity stones and he became most powerful being. He was once successful in wiping out half the universe with a snap of his fingers and looked invincible. Avengers fought against him and the rest is history. Therefore, choose your path judiciously.

10.Every man is guilty of all the good he did not do ~ Voltaire

Tenth learning is that there is a lot of burden in living a life of guilt. You may have everything, yet nothing. Iron man is the best example. He could have lived a normal life with her wife and daughter but that life would have been a burden because he felt himself as a looser as Thanos was able to wipe out half the living creatures during Avengers – Infinity war. He chooses to stand up for himself, went ahead on personal vendetta and did what was right. When the right time came, Tony did not took a second for doing sacrificial snap, which sent a fatal wave of gamma rays through his body and fried his right side. He died on the battlefield like a brave person in peace.

I hope this article was helpful for you and I hope you achieve great things in your life.

Author of Unstoppable You: Declutter your route to Purpose.