Initial Exchange Offerings is getting revolutionised?

Blockchain-based ICO’s introduced a new type of fundraising technique that is popular in the year 2017. According to ICOData, there were only 29 ICO’s launched in 2016 which has managed to raise around $90 million.

While in 2017, the ICO Market really took off as the fundraising method which helped 875 ICO projects to raise more than $6.2 billion. Between December 2017 and January 2018, cryptocurrency prices reached record-level high as the market capitalization of all digital assets surpassed the $800 billion mark.

However, as most of the investors found ICO’s to be scams, SEC laid new Guidelines and regulations to get rid of these. With this, most of ICO’s had failed which resulted in a major loss for investors. By now, Initial Exchange Offerings have taken their place. They have emerged as the new fundraising platform to eliminate scams! So, how can IEO’s be the future of fundraising? Let’s dig into the discussion!

What are an ICO and IEO?

An Initial Coin Offering is a crowdfunding strategy in which new digital tokens or coins are issued. An ICO has been the source of capital for startup companies. Any individual or company can fund any project and become an investor.

Companies can raise the funds for their projects by offering investors a token or a cryptocurrency in exchange for fiat money or digital currencies like Bitcoin, Ethereum, etc. This is the process of ICO.

While in the case of Initial Exchange Offerings, the token sales are conducted on exchanges. So, unlike ICO’s where the crypto projects directly approach the investors, IEO’s will have a third-party in the form of Cryptocurrency trading platforms to perform the fundraising process.

These cryptocurrency exchange platforms will be responsible for raising the funds on behalf of startups.

Therefore, the blockchain projects will perform token sales on the trading platforms wherein the token issuers need to pay money as a listing fee to exchanges.

Initial Exchange Offerings experienced a taste of success during April 2019. The popular crypto exchanges have started adopting IEO’s to offer tokens. Some leading exchanges such as BiBox, CoinBene has started to add token sales activity in their trading platforms in late April.

According to the Bloomberg Report, about $180 million has been raised in 23 different cryptocurrency exchanges in just a couple of months.

Matic Network by Binance Launchpad has enhanced its ROI by 804%.

With Matic Network, scalability, and usability issues are resolved. The Matic Network tries to solve this problem by high throughput Blockchain and Consensus Algorithm. Totally, $5,000,000 were raised during the token sales.

Celer Network by Binance Launchpad has enhanced its ROI by 197%.

Celer Network brings in the off-chain network solution to Blockchain. It brings in Security, Scalability, and high-end usability for its customers. Totally, $4,000,000 were raised during the token sales.

BlockCloud by OKEx IEO has enhanced its ROI by 133%.

BlockCloud was developed particularly to facilitate IoT services. Totally, $2,500,000  were raised during the token sales.

Newton Project by Huobi Prime has enhanced its ROI by 87%.

The main motto of this project is users can handle and control their own data through cryptocurrency. Totally, $28,553,995 were raised during the token sales.

Why Investors jumped from ICO to IEO?

In the case of IEO’s, the project team must comply with the exchange’s requirements in order to launch the token sale. Contributors are therefore protected by the exchanges.

Moreover, tokens listed in IEO’s appear in the market right after the sales. Therefore, investors can buy, sell or trade easily. Further, collaborating with crypto exchanges helps the token issuers to reduce their marketing efforts and get visibility in a very short period of time. Thus, IEO’s helps in greater savings for crypto startups. Also, the exchange’s stable customer base assist the startups to secure a better contribution to their projects.

To put it all together, the major reason why investors are marching towards IEO than ICO is, Initial Exchange Offerings offers high-level security, liquidity, eliminates scam projects.

How IEO’s can adapt to the next 10 Years of Crypto market? (Will they sustain or fail like ICO’s?)

In terms of security and efficiency, IEO’s will continue to sustain the crypto space. Currently, they are in nascent stages, once they are very well adopted among the investors, they will be the future of fundraising schemes undoubtedly.

Since IEO’s are intended to solve the problems of the investors with fundraising, they remain as the promising future of fundraising. Moreover, IEO’s are most profitable for exchange sites. One live example is, Binance eliminates the trading fee for those who pay with BNB! The thing here is, they compensate for the loss of a transaction fee with gaining the users for its own token!

To put in it simple words, IEO will be a new fundraising phenomenon that would stay here for a long time. In the long run, IEO’s will change the face of crypto banking sectors to make its headway towards the right destination. For the year 2019, we can expect a great number of IEO projects to be launched.

A great number of cryptocurrency exchanges have started adopting IEO’s for them. The first attempt was made by the popular trading platform, Binance in the name of Binance Launchpad. Here is the list of live IEO’s:

The Binance Launchpad started to give awesome results even in the initial stages. One such token sales on Binance Launchpad is the BitTorrent. It managed to raise $7.12 million in less than 15 minutes which indicated the interest of the crypto community.

The success story didn’t stop here. Yet another project called Fetch.AI became the second project to fundraise. It overtook the former project by raising the fund of around $6 million in just 10 seconds!

As a Crypto Exchange Competitor of Binance, Bittrex announced its first token sale on March 15, 2019. The Bittrex users participated in Ocean Protocol. It was said that 2,655 users have purchased the tokens by April 30, 2019. Yet another project Ampleforth managed to raise $5 Million on Bittrex platform in just 11 seconds.

KuCoin, one of the crypto trading platform initiated IEO on its exchange. Almost $3.5 Million were raised in the token sales. Without doubts, all these success stories reflect the importance of Initial Exchange Offerings!

In addition to these, other exchanges like BitMax (BitMax Launchpad), Huobi (Huobi Prime), OKEx (OKEx IEO) have assisted the startups to fundraise their projects.

Upcoming IEO’s in the Crypto Market

Since IEO’s are completely listed on exchanges, they would enforce the guidelines and regulations associated with the project. This can in bring in, credible projects which are free of scams.

As we have discussed, IEO’s bring forth guaranteed liquidity and therefore will list a huge number of tokens instantly. In the case of Initial Coin Offerings, they weren’t listing tokens. But IEO’s guarantee high liquidity which ICO’s have promised.

To get rid of scam issues, IEO’s have a feature of KYC/AML which are standardized. Exchanges are handling the aspects of smart-contracts and transactions, further removing the difficulties of the former ICO system.

Since IEO only accepts only quality projects for its token sales, the security is tightened by the exchange platform on performing thorough research on project developers and their background.

Easy way to enter into the markets

With the help of a trading platform, it is easier to enter the market and promote your token. Moreover, it has an active user base which eases the way into the new market place.

It can be a hard time for investors if Crypto exchanges experience downtime. In recent days, we can see exchange platforms closing its shutters. This can be the next hurdle for investors!

Since Initial Exchange Offerings have complete control over the user’s private keys, in case of a hack, tokens can be lost!

IEO is not free

Most of the startups think IEO’s are free of cost. But the truth is, IEO is a service held on an exchange where every service must be paid. To put it simply, a credible exchange will have a higher bill!

Since IEO’s are in the initial stages, there are few startups who are ready to provide IEO Development Services. These startups would initially, get customized requirements from the clients and deploy the product accordingly! Once the IEO trend gets flourished, we can expect a huge number of startups who would bring forth excellent IEO services without any doubts! 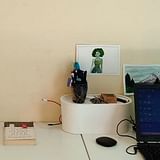 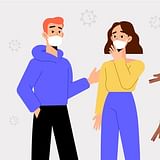 Ways to Handle Client Communication During a Pandemic