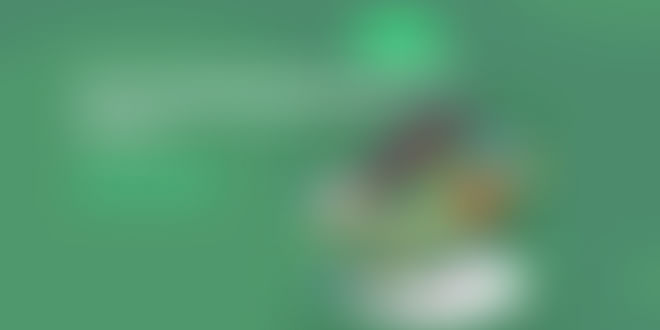 Let us face the fact here: Designing games in 3D is not exactly a cakewalk. The entire process requires animation, attention to detail, hours of remodeling, and creating complex codes for sure. The codes also need to be perfect according to the rules of 3-dimensional space. Not to mention that there are additional costs along with the demand for more resources as well.

However, compare these requirements with the requirements for games in 2D and they are much easier to make sure. 2D games can be created very easily and that too in a few hours. The code used by us is pretty much simple and there are some 2D resources that are easily available and easy to create as well. So, that is one of the main reasons why most of the games that we play today are basically in 3D in the best way.

However, in order to make these games, you need to ensure that you know about one important thing. The games are created with the help of some of the best 2D engines for sure. Now there might be some free 2D engines or you might have to pay for some. From the numerous choices that are provided to you out there, we have a list of some of the best names that you can use for sure. So, shall we get started with the list?

Some Of The Best 2D Game Development Engines To Use

If you are a solo game application developer who is trying to create the best 2D games for the people, these 2d engines mentioned here are going to be the best help that you can get for sure. Make sure that you choose the one game engine in 2D that you love.

One of the most amazing 2D game engines that have been used for the past few years for the designing and creation of 2D game development for mobile would have to be this one. This open-source game engine is the personal favorite of many solo developers because it is absolutely free of cost for sure. Not to mention that the amazing engine is also pretty fast and lightweight as well.

With the help of Godot Engine, you will also be able to create some 3D games as well. GDScript is the official programming language that is used by this engine which makes it pretty different from the others on the list for sure. GDScript is mostly like Python when it comes to performance but there are some differences as well. With so many different benefits, there is no doubt that Godot Engine is one of the best choices.

GameMaker Studio 2 is one of the best and the most functional 2D Game engine which is used by the developers these days for sure. Evolved from the original concept of GameMaker, there are some impressive features and functions present in the amazing engine for sure.

There is simply no need to use any other type of program when you are currently using the GameMaker Studio 2 for sure. There is a robust engine along with some great animation features, editors, and so much more. Not to mention that there are some mapping and tiling features as well. So, why wouldn’t anyone want to try this amazing program out in the first place?

Another one of the names that come to mind when we talk about the amazing 2D game engines is Unity. This particular one can be deemed as one of the most used engines for sure. Unity game development is mostly in use for creating the 3D games but people use it for the 2D game development benefits as well.

So, there are helpful tutorials for people to learn from. Along with that, there is a Unity Asset Store, filled to the brim with amazing tools for the development of games. While the engine might be a bit difficult to master, there is no doubt that the results are simply amazing for sure. There are some very well known games which have been developed using Unity.

With the help of the Corona Engine, most game developers have been able to produce some of the best games such as Gunman Taco Truck as well as Fun Run 2. The best thing about Corona is that it is free. Also, the program is very easy to learn and master for sure.

The programming language which is used by Corona is known as Lua and it is very easy to comprehend and learn for sure. There are some other fantastic features that come into play such as live game making and so much more. This is definitely one of the best engines to use for 2D game development.

For those who want to develop some great RPG games in the 2D format, the RPG Maker is one of the best choices for sure. The amazing engine is definitely perfect for those who want to create traditional formats such as Fire Emblem, Final Fantasy, or some of the best Pokemon games as well. It comes with a rich and perfect editor which is easy to use.

There are powerful items such as inventory, character tools, mapping tools, and so much more. What is even better is that for this particular engine there is no requirement for coding as well. So, it is pretty much needless to say that RPG Maker is one of the best engines that should definitely be in use for the creation of amazing 2D game development of Android.

So, there you go, developers. For the amazing 2D games that you definitely want to design, these are some of the most amazing 2D game engines to use. Most of them have fantastic features and are very easy to afford as well. Whether its game development for Android, iOS or any other platform, advancement has options for each of the platforms. So, go ahead and make the choice of your 2D game engine right now to have all the benefits.