What can startups learn from a 'Desi' approach to entrepreneurship?

Even great ideas may fail at the execution level, but a true entrepreneur will figure out a way to solve the problem one way or another. The instinct and the necessity of the Indian entrepreneur to survive and navigate make all the difference.

The Indian startup scene is dynamic and action-packed but it is still evolving. Often, there are unfair comparisons of Indian start up system with the western startup ecosystem as well as there is an unprecedented influence of investors and mentors to follow trends and norms of startups set up elsewhere. I believe that being a nascent startup ecosystem, we ought to allow evolution that is in sync with our context and needs. I call upon the desi tenets of entrepreneurship to understand and assess our culture as a nation and evolve their very own approach towards startups.

Recently, I read a report on a list of Indian startups that failed in the year 2017. I found it interesting because it reflected my own thoughts about entrepreneurship in India. Inc42, which did a post-mortem analysis of 17 prominent startups that failed in the year, cited lack of market demand as the primary reason for the failure. Introduction of GST, demonetization, weak business models, and the inability to scale were the secondary and tertiary reasons.

It is interesting to note that for about 55% of the companies that shut shop, lack of funding was not a major problem. All these startups were less than two years old and operated in bigger cities (Delhi NCR, Bangalore, Mumbai, Chennai), focusing on similar problem spaces in ecommerce, fintech and hotel accommodation. Post shut down, 50% of the founders joined other companies in leading positions.

Here is my take on what could do to set start up system on track .Below are some of the lessons  that I  drew from over 50 startups that I have closely worked with in the last decade.

1. Focus on solving unique problems, don’t be one among the crowd

Just think of the number of food delivery app companies we have and how many of them are really doing good. Unfortunately, most entrepreneurs fail to see the numerous opportunities beyond the crowded spaces in consumer internet, fintech, and hotel booking apps. The diversity of problems and the entrepreneurial opportunities are often ignored, and we see hordes of entrepreneurs in bigger cities focusing on identical opportunities, most of which have already been addressed. The result is a crowded marketplace, where many of the ventures fail before they take off.

India, being the fastest developing economy, provides entrepreneurial opportunities in multiple areas. It needs entrepreneurs who can build sustainable ventures that address core areas such as last-mile health, agriculture, communication, drinking water, and education where there is a real need.

Aquasafi is an example of this approach. Aquasafi is a startup I had helped launch in India. Kevin, the founder who was a researcher in the US, wanted to explore the accessibility of safe portable drinking water in unserved markets. Aquasafi has installed more than 400 community-based micro water filtering machines. With an energy-efficient, cost-effective (2 paisa per liter), high-end filtering mechanism and web-based monitoring system, Aquasafi has been able to provide a solution at the doorstep in rural parts of Karnataka, Tamil Nadu and Maharashtra. Recently, it also set up filtering machines in Jordan and Lebanon.

Building a startup by merely copying a business model that worked in a foreign terrain isn't enough for success. We are unique in our geography, political history, and our ways of life and it calls for embedding the foundation of a business that is built to serve India. That would mean that we need to be ready to finetune and scale up the startups in the local context.

You could choose a unique problem or you can choose to solve it in a unique way. Safe Hands, another business I helped found and mentor, adapted this approach. The company addresses the need for security guards in second tier cities by recruiting women from low income groups. Did this make business sense? Yes, it did, as after a few hiccups, Safe hands was highly visible and acquired numerous customers who resonated with the bigger idea behind hiring women as security guards as it challenges the prescribed norms. Niche demands emerged for women security guards, such as the need for security guards at women's hostels, in children's residential schools and other places.

Since a service like this never existed before, there was no way to map its demands or the sectors it could service. Safe Hands identified one unique problem and solved two. Therefore, just sticking to proven business models without pushing the boundaries could be a mistake, especially in a diverse country like ours that has millions of untapped opportunities and where a billion people remain unserved.

Safe Hands succeeded because they tried to solve a unique problem a with differentiated product/service.

3. Bootstrap first and prepare for a long resilient innings

In the Western world, failure is an option. Once their venture seems to be going downhill, entrepreneurs there tend to give up because they have the luxury of having an exit strategy. Entrepreneurs in India, on the other hand, do not often have the same luxury. For the middle-class Indian entrepreneur, failure is not an option. To survive, he/she should be prepared to play a long innings, braving short-term failures. In India, the resilience of entrepreneurs is a crucial factor for success.

For most Indian startups, the focus is on raising funds rather than having a minimum viable product in the market. This is the main cause of the high rate of mortality among them.

It is important for entrepreneurs to test their ideas in the real-world scenario with appropriate investment from outside. Build a minimum viable product in a cost-effective way and prove its viability before reaching out for investments to expand the market and scaling up the business.

There are many good examples of entrepreneurs I have associated with who bootstrapped their way to building successful companies and are committed to longer times. The motto ‘fail fast and fail early’ doesn’t ring right with them!

Sasisekar Krish, an IIT and IISc alumni, left his high-paying job at Wipro to build NanoPix, a company that provides an integrated cashew testing and grading solution to cashew processors. With a small investment and advance payments from the three cashew processors when the product was still under development, Sasisekar managed the expenses of his family with very little money, a fraction of what he used to earn when he was employed. The company had to run on a shoestring budget for a few years until they could get more customers to buy the machines. Had Sasisekar listened to his early investors, he would not have made it. Now, with its market expanding in India and abroad, the company that was built on minimum support from investors, is now sustainable and growing, addressing a major pain point in cashew and other agriculture high value produces.

After so many years of the startup buzz, India managed to produce a few unicorns in the form of Flipkart, Paytm, Ola, OYO, and Byju’s. Their successes have inspired many to dream big. However, going by the opportunities that lie with 4 billion people, a diversity of problems and hundreds of unmet needs, we are best placed to build millions of zebras than just a few unicorns.

The problem in focusing only on building unicorns like in the US and other Western countries, is that bigger bets are placed on building high tech and billion dollar companies, which has limited the spread of ingenuity of entrepreneurship. Indian entrepreneurs need to focus on building contextual solutions to relevant problems with sustainable and profitable ventures.

Therefore, In the Indian context, it makes more sense to allow for thousands of zebras and nurture them without expecting them to fit in a specific ‘unicorn-to-be’ mold.

Entrepreneurship is not an easy game. Only self-driven entrepreneurs with a will to withstand failure can bootstrap a company, find market acceptance, scale operations, and overcome unexpected crises.

In the Indian context, the resilience of the entrepreneur and the belief in the novelty of the idea matter the most. Even great ideas may fail at the execution level, but a true entrepreneur will figure out a way to solve the problem one way or another. The instinct and the necessity of the Indian entrepreneur to survive and navigate make all the difference. 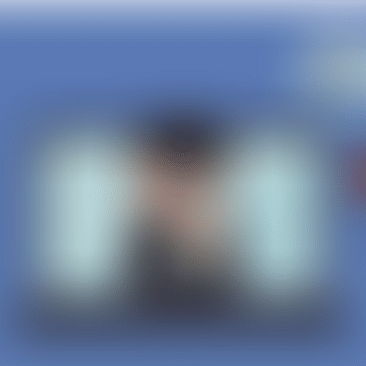 How to Remove Spyware From Pc