What Is GitHub? A Beginner’s Guide to GitHub 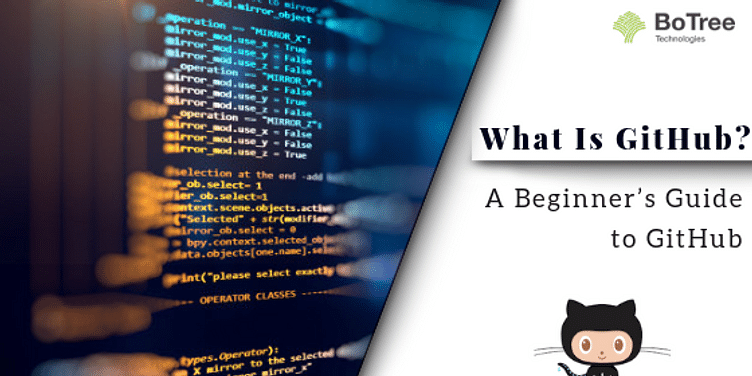 Get started with GitHub and swim through the world of development.

Git is a free and open-source distributed version control system, which means that entire code base and history is available on every developer’s computer, allowing easy branching and merging. Created by Linus Torvalds, Git is designed to manage everything from small to expansive projects with great speed and efficiency.  A research by Stack Overflow developer survey states that more than 87% of developers use Git for their projects, ascertaining its powerful position. Its flexibility makes it great choice for beginners as well as experienced developers. The user community has developed a large set of resources, making it extremely popular in development environment.

So What Exactly Is Github Then?

GitHub is one of the largest online storehouses of collaborative work in the world. It is a project management and code versioning system, which also acts as a social networking platform for developers. It forms a communication channel for developers around the world to plan and track projects, allowing seamless collaboration.

The interface of Github is versatile and extremely user-friendly, which makes even novice developers make the most of it. In absence of GitHub, it would have demanded great technical proficiency for coding, developing and using the command line.

It would be hard to believe that GitHub is so user-friendly that it is used to handle several other type of projects, which include writing novels. It is easy for anyone to sign up and host a public code repository without spending a penny, making GitHub extremely popular when it comes to open-source projects. GitHub also gives options to host private code repositories as well as    business-focused plans that make it easier for companies to manage team members and security. GitHub makes money by such private hosting.

How to Get Started With Github?

The next step is to download Git for your OS from here: Git - Downloads

Next you go and do this: Create A Repo · GitHub Help

After this first few steps of creating a repository online and installing Git on PC, one needs to link both of them. The instructions for setting up the Git can be found here: Set Up Git · GitHub Help

This is the last step in setting up GitHub.

The Next Step Forward:

Forking is copying someone’s repository into your account. To initiate the forking process, one has to follow these instructions: Fork A Repo · GitHub Help and later the commands below.

In case of upstream, if you are the developer who owns the code, following steps need to be followed.

$ git clone <add the repository address here along with .git at the end>

(for cloning or copying everything from any repository to local machine)

(for adding the file one needs to change on the server)

(for confirming changes to the repository with a description message)

(for finally sending changes to the server. It is the final step of changing the code on repository on the server)

This is the just the beginning and GitHub is a vast ocean that offers great chances of development exploration.