Who Are The 10 Popular Game Developers In India

If you really wish to make a mark with your game development business, then you can undoubtedly bank upon the Indian market as a whole. This is because India has consistently been making outstanding contributions towards the industry of game development. Indian game developers are highly experienced in using the latest technologies for coding, designing, and development. Thus they are capable of exceeding the expectations for attracting and engaging gamers from all over the world.

This shows India’s ability in the realm of digital gaming technology in comparison with the international players.

Based upon your business requirement, you can choose any one of the Indian game development companies from the list given below.

This company has successfully established itself in the industry of mobile game development with its cutting edge innovative solutions. It has proficiencies in various domains of game development such as Digital Art, Game Development, Game Designing, Animations and lots more. The technical and creative insights have made them the leader in this business.

Some of its renowned games are: Thruway, Feral Frenzy, Strike Off, Space Shooter 3D etc.

Zebu Games (Bangalore, India): This is a renowned gaming studio for creating games by combining the latest skills and strategies. Zebu Games was initially established with an investment of 6 lakhs. Games created by this Indian studio are compatible on both Android and iOS. Some of its core services are: Word Power Games, Game Designing Services, Casual Strategy Games etc.

99 Games (Karnataka, India): This company came into being in the year 2009. Games created by its got downloaded more than 44 million times. Moreover, this company is also the recipient of 14 awards for their notable contributions. This shows the credibility of 99 games to keep pace with the changes or developments in the international sphere. Apart from the Indian circuit, this company has been successful in winning awards and accolades overseas.

Some of its creditworthy games include: Sultan: The Game, Star Chef, SpellUp,

Rolocule (Pune, India): Being one of the top 10 mobile game development companies of India, it emphasizes in creating games that can run not only for years but for decades. It is funded by leading investors like Blume Ventures, Mumbai Angels, IIM Ahmedabad. Its games have been highly recognised across the globe in 110 countries. With its headquarters in Pune, Rolocule has been successful in delivering award winning distinctive games for the gaming enthusiasts of all ages.

Some of its unparalleled games are: Bowling Central, Dance Party, Flick Tennis, Dead Among Us etc.

Juego Studio (Bangalore, India): This company was founded by Suman Balakrishna. It has made its mark in today’s game development industry by creating superior quality and visually appealing games.

Some of its popular games are: Hopster Ebooks, The Hobbit, Adventure Quest, Many Fine Deals etc.

CreatioSoft (Noida, India): Established in 2012, CreatioSoft is known for its interactive and user friendly game development. Its games are compatible across all major platforms.

GSN Games (Bangalore, India): This is one of the renowned game development studios in India creating games for mobile and social platforms-iPhone, iPad, Facebook etc. Bingo Bash one of their noteworthy games are played by more than 1.5 million users per day.

Dumadu Games (Bangalore, India): This is another top game development company of India with expertise in creating cross platform games. Its technically advanced and visually impressive games attract and engage all types of gamers across the globe. Some of the genres on which it works are: Simulation, Racing, Sports, Casino, Adventure, Action etc.

Apar Games (Mumbai, India): With its headquarter in Mumbai, Apar Games is known for its impeccable quality and distinctive visual impression. Apart from game development it has been successful in creating its identity in the zone of publishing across the globe.

Some of its creditworthy games are: Empire of a Billionaire, Scribbled Arena, It’s Dicey, Crime Mystery etc.

Conclusion: From the above discussion you can now have a concrete idea about the top 10 game development companies in India and their contributions towards the same. Each has its own individual abilities which distinguishes itself from others of the same calibre. Based upon the core competency level you can select any one of them to meet your requirements.

Tips To Boost Up A Slow Internet Connection

How to Make Profit From Images 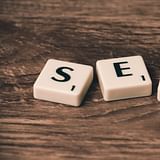 When Your Boss Doesn’t See the Value of SEO 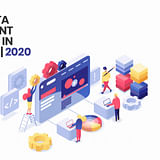