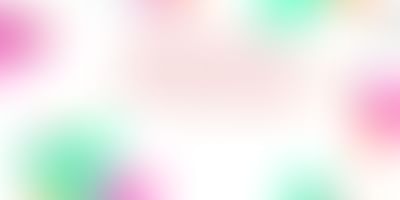 Assam, a northeastern Indian state, situated along with the Brahmaputra and Barak River valleys, lies on the south of eastern Himalayas. Its name is included among the states that have good literacy rate. As per the latest census data of 2011, the literacy rate in the state was 73.18%, including 78.81% Males and 62.27% Females. The literacy rate in 2001 was much lower than the rate recorded in 2011. This depicts that more population of the state became literate over a decade. The state's economy is based mostly on agriculture, plantation and oil. In the agriculture sector, tea and silk are the main products of agriculture production. Assam tea blends are famous in entire India and also worldwide. About a quarter of India's oil in the Assam-Arakan basin

Assam is the largest economy in the northeast region. The GDP and the Net State Domestic Product (NSDP) of the state expanded between 2011-12 and 2016-17, but the scenario of the job market in Assam is not too impressive. Unemployment is the one of the significant problems in Assam. The report from the North Eastern Development Finance Corporation Limited (NEDFL) published in October 2017 stated that over 1.75 lakh jobs will be required by the state annually till 2020. This requirement is usually for blue collard jobs. However, the report didn't include employment in agriculture and plantation farm sectors and government offices, which will add more jobs to the projection. Assam, at present, is facing the twin challenges of increasing unemployment and a mushrooming young population. Both factors have a significant impact on the employment market.

The outcomes of the study report, discussed above, reflects that there is an extreme demand for employment in Assam. But the report has also indicated the lack of locally available skills in the state for the available Assam Jobs. It is quite easy to fill vacancies available in Government Jobs in Assam, especially the Central Government, public sector, and the jobs in the Army. By making employment and transfers from the other states, but the State Government and private sector face the most challenges of employment. The country has also faced slowdown and a drop in the employment rate. The Finance Minister, in 2019 Union Budget, also ruled out the possibility of employment generation in the present economic scenario. However, the Government has increased allocation of funds for the states of Northeast India, and a substantial portion of the funds goes to oil exploration and production. This will have a positive impact on the Govt Jobs in Assam.

A large number of students obtain higher education every year, but most of them remain unemployed because of non-availability of proportional Assam Jobs matching their education and skills as the state has more vacancies of blue-collared jobs than white-collared jobs, as depicted in the above report. The vacancies in the Government Jobs in Assam are either filled up from the other states or through entrance examinations of the employment boards such as UPSC, SSC, BSRB, etc. Thus, the issue of unemployment in Assam remains unresolved despite projections of employments in 2017 report of NEFDL.

Currently, Assam has a grim employment scenario. The possibility of creation of Govt Jobs in Assam due to 2019 Budget allocation may ease the situation, but it’s not going to change the overall unemployment scenario in a positive direction. The conclusion is that Assam has literacy, projections of new employment opportunities, but lack of matching education and skills.