Why Dairy Farmers Are Switching to Online Milk Solutions? 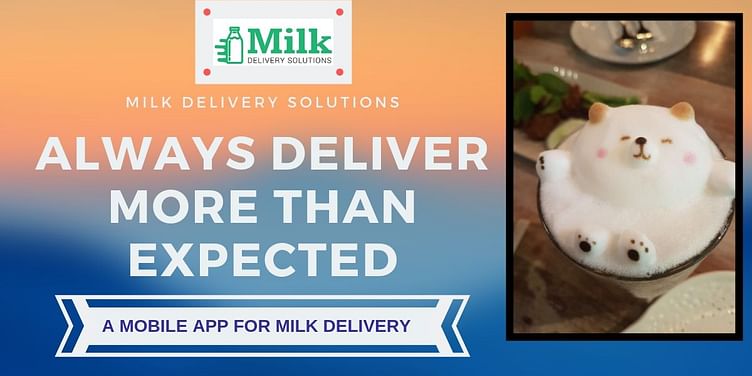 This article is for those who want to know the importance of online application systems especially developed for the milk sector to have a boom in dairy farming.

After a sluggish start, now the process of online milk delivery development solutions are holding a high speed in Canada, USA, Australia, and the UK. It is believed that due to the usage of various mobile solutions, milk business owners are now switching towards various online options. It is the need of today’s growing method.

Have a look at Dairy Production Statistics of the US-

Due to the lack of mediums through which a dairy owner can represent his business online has resulted in the closure of various dairy farms. If we talk about the data of milk-producing firms in the USA, several different dairies have totally lost their presence.

The situation is almost the same in Canada also. Those who have adopted the change are surviving in the dairy business. Change is not only in the ways to increase the production of the milk. But also to choose the different ways of selling them and to promote them as brands. According to the experts, those who are not changing according to the need would suffer in the future and may stand in the queue of losers who have lost their dairy business.

What are the Reasons for Closing the Milk Producing Units?

There are numerous reasons for the closure of milk production units. As per experts, dairy farming has been hit in many ways. In the presidency of Donald Trump- Price, Production, Export- nothing has changed. What change- is the number of the closure instants of dairy-producing units.

There are many reasons for the closure of dairy farms in different locations in the US, such as-

Why People are Switching to Online Milk Solutions?

It is not only about the consumers who need milk but also to the people (business owners or workers) having a direct or indirect connection with the dairy sector that people are turning to some online mobile solutions. There are uncountable reasons and evidence that prove the reason as well as the need for developing mobile app for milk delivery. Some of them are-

To be in the milk business, business owners are now posthaste using mobile technology. To boost dairy efficiency and to cut expenses people of Canada, the US, UK, and Australia are developing various milk delivery apps. People in the milk-producing trade are suggested to represent their daily business online.