Why Python & Django Are Your Top Choice for Web Development 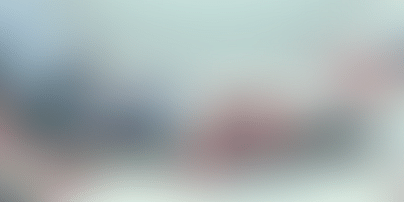 Python continues to be one of the most popular programming languages.

It’s valued equally among startups, blue chip companies like Google, Quora, Netflix, and Spotify, and government organizations like NASA. Yet few people know why Python is one of the top programming languages for website development.

Clean and easy to read by default

Because Python uses spacing instead of braces and other special characters to indicate beginnings and ends of programming constructs, readability is a built-in feature.

This means that whenever you need to update a project in Python, it’s relatively easy to find someone who can look at its code and make necessary changes, even if they’ve never seen it before.

Stacked with a ton of standard features

Python offers many features by default, with standard libraries that cover almost any programming task. From scientific calculations to image processing, operating system interfaces, and protocols, Python saves developers’ time and effort by presenting them with solutions they would otherwise have to build manually.

Prototypes are necessary to test ideas. Python allows you to build prototypes with a minimal investment of time and money.

For a startup, this provides the ability to quickly present investors with a working prototype, increasing the chances of receiving funding for a full-fledged product. For a large business, quick prototyping is a way to try out new business ideas and make sure they work before investing a lot of resources.

For the same reason that Python works for prototypes, it also serves well for products that you want to get to market as soon as possible. For both startups and established businesses, this means faster return on investment (ROI) and a chance to tailor the product based on reviews and feedback from real users.

Offers a variety of frameworks

Despite how great Python is, it does have its limitations. They are, however, mostly made up for with the wide variety of Python frameworks and development environments.

In this article we’ll cover only Django, since it’s the primary framework we use. But there are many other tools you can look into to speed up development and improve the quality of products built with Python.

Goes hand in hand with machine learning and data science

The overall simplicity and clarity of Python, along with the powerful TensorFlow library, makes it perfect for building the most complex machine learning structures. Because of this, many scientists and researchers choose Python for projects related to artificial intelligence and machine learning.

The main advantages of Django

Django is often regarded as one of the best Python features. It was even included in the list of most loved frameworks in the 2018 Stack Overflow Developer Survey.

First and foremost, Django is written in Python, letting developers use the easily maintainable Python syntax to build complex web applications. And the framework adds a number of features to make development even better.

Hundreds of Django packages help you quickly create anything from chatbots to complex GPS-enabled solutions.

Django claims to be “the web framework for perfectionists with deadlines” and lives up to it. Developers can use Django’s built-in features to create web applications for any industry.

The Don’t Repeat Yourself (DRY) philosophy on which Django is built motivates developers to reuse code they’ve written for other projects, further reducing the time needed to develop your product.

Extends and scales with ease

By default, Django protects applications built with it. It mitigates some of the more common security mistakes related to Python while also protecting apps from cross-site scripting, request forgery, and SQL injection.

Works with most major databases

Django’s object-relational mapping (ORM) is compatible with a number of popular databases, but its key feature is that it allows developers to work with several databases at once. Moreover, Django makes it possible to migrate from one database to another and perform common operations without having to write much additional code.

Among other things, Django offers a number of useful SEO tools. With the Django SEO framework, developers can reduce page loading time by using cached templates and compressing CSS and JavaScript. There’s even a tool to manage robots.txt. All in all, the capabilities of the Django CMS exceed the expectations of many professional SEO specialists, proving that Django is one of the best frameworks for search engine optimization.

Constantly evolves thanks to its community

There’s a large community around Django, with more enthusiasts joining every day. They constantly update and improve components of the framework while also developing new libraries to solve issues that professionals often face when developing web applications.

SteelKiwi has been programming in Python with Django for more than seven years. Over this time, we’ve developed a variety of web applications, and we continue working on many more.

If you would like to stay updated on our new case studies and see more projects we’ve developed using Python and Django, visit the SteelKiwi projects page or follow us on social media.