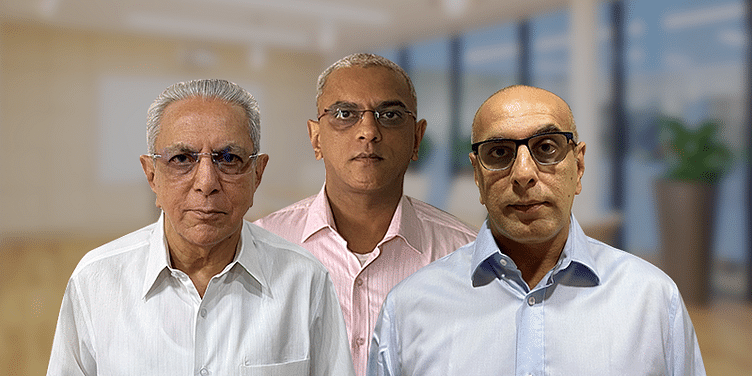 Started in 1985, Yasho Industries is a Mumbai-based chemicals manufacturer which exports to several countries. It is poised and ready for a post-coronavirus world where economies will reduce their dependence on China.

When China halted industrial production due to the novel coronavirus, it sent shockwaves across the world. Enterprises dependent on Chinese imports shut shop, supply chains were disrupted, and various sectors were severely impaired.

As global economies now come to terms with a new reality where outsourced production moves out of China, some Indian companies are more optimistic about the post-COVID era than others.

Yasho Industries, a Mumbai-based chemicals manufacturer, has certainly taken a hit and its operations have slowed. But the family business is poised and ready to pounce as world economies reduce their dependence on China.

“The heat is being felt by speciality chemical manufacturers as well. No business is immune to the effects of the deadly pandemic, including us. However, we have an advantage because exports contribute to over 50 percent of our sales,” says Parag Jhaveri, Chairman and Managing Director, Yasho Industries, in an exclusive interview with SMBStory.

He explains, “Several companies in the buying economies will look at shifting their supply chains from China. We are well-positioned to leverage the situation.”

Yasho exports speciality chemicals, food antioxidants, aroma chemicals, rubber accelerators, and lubricant additives to the US, Iran, Australia, South Africa, and to some countries in South America, Europe, and Asia.

Speciality chemicals are chemical products and solutions on which other industry sectors rely. Yasho, a B2B company, sells its speciality chemicals and other products directly to customers in the regions mentioned. It also works with distributors who know international markets well and have a wide customer reach.

The BSE SME-listed enterprise manufactures chemicals at three units located in Vapi, Gujarat. “Our manufacturing units are strategically located within 200 kilometres from JNPT Port, at GIDC, Vapi, Gujarat. This enables easy access to raw material imports as well as the export of finished goods,” he adds.

To survive the current crisis and sustain and scale production, the Rs 293.4 crore turnover company is attempting to ensure enough liquidity as well as make its supply chain more robust. Despite manufacturing near a port, Yasho Industries could miss the boat if it doesn’t execute this on time.

“It is still too early to predict the direction of the wind, with the number of cases being reported each day. It is difficult to provide a sales forecast. With the government taking all the necessary measures, we are hopeful of a revival soon, but we cannot say when,” Parag says.

If other entrepreneurs like Parag and businesses like Yasho seize the opportunity instead of waiting for the government to do something, the window to export-led development could be made wide open.

To ensure business continuity and expand operations, Indian companies should not repeat their failure in capitalising on the US-China trade war.

Due to a “lack of hunger at the firm level” in India, as Global Alliance for Mass Entrepreneurship (﻿GAME﻿) Founder and Chairman Ravi Venkatesan put it, Taiwan, Thailand, Malaysia, and Indonesia ended up benefitting from the trade war.

Under the Free Trade Agreement (FTA), these countries also leveraged the advantage of exporting raw materials to India. The windfall went to Vietnam, Bangladesh, and Mexico, and Indian firms couldn’t benefit.

If companies like Yasho are to leverage the current situation, promote local production and boost exports, Parag believes they should build a portfolio of products within their area of expertise to cater to multiple industries.

He explains that Yasho does this because “it helps in insulating the company, as any downturn in a specific industry can be compensated by growth in another.” He adds that diversification opens up more avenues to market products and solutions.

The 35-year-old family business also plans to adopt automation to optimise its operations. Its domain expertise will come in handy for adopting new-age tech, as its promoters have spent years working with chemicals and understand its manufacturing well.

Started in 1985, Yasho is led by 81-year-old Vinod Jhaveri, CFO, whole-time director, and one of the founding promoters of the company, and his sons Yayesh (48) and Parag (53).

When Yasho was launched, the Jhaveris were in the business of water treatment chemicals. After Parag joined in the 90s, the company decided to set up a chemical production plant for manufacturing speciality chemicals as import substitutes.

“In those days, the import duty was as high as 150 percent to 160 percent. So we invested Rs 50 lakh to expand into the speciality chemicals sector,” Parag says.

However, in 1993, the import duty was dropped to between 35 percent and 40 percent, he adds. This made its speciality chemicals unviable import substitute and forced the company to look at producing other products.

“In 1994, we started making food antioxidants, aroma chemicals, etc. We also started exporting our range of speciality chemicals,” he says.

The company then realised that a speciality chemical was being extensively used in the rubber industry. In 2000, Yasho commenced manufacturing rubber chemicals developed by its in-house R&D team. In 2010, it started making lubricant additives.

In 2011, a major fire gutted a Yasho manufacturing facility. 70 percent of it was destroyed. “There were no casualties, but we experienced huge losses. We emerged from the crisis successfully by rebuilding the plant and resuming operations slowly,” Parag says.

Today, Yasho Industries is known for its good quality and globally-benchmarked chemical products. It focused on making low volume and fine chemicals that are high in price. Parag adds that the company has also become known for reverse-engineering the existing chemical products.

“India has talented, low-cost manpower in addition to the low cost of production. This is a huge advantage in the exports market. India has also ensured it is abreast of global regulations and competitive manufacturing practices. These measures have enhanced the competitiveness and cost-effectiveness of manufacturers in the local market,” Parag says.

However, he admits the high cost of compliance could make operations increasingly unviable for small players.

He says, keeping in mind the ongoing coronavirus pandemic, that “the ability to scale up, offering differentiated products through innovations, implementing an effective sales and marketing strategy and maintaining high levels of regulatory standards will clearly separate winners from the crowd in this space.”

From hiring cobblers to make four pairs of shoes, how this footwear company became a Rs 700 Cr brand