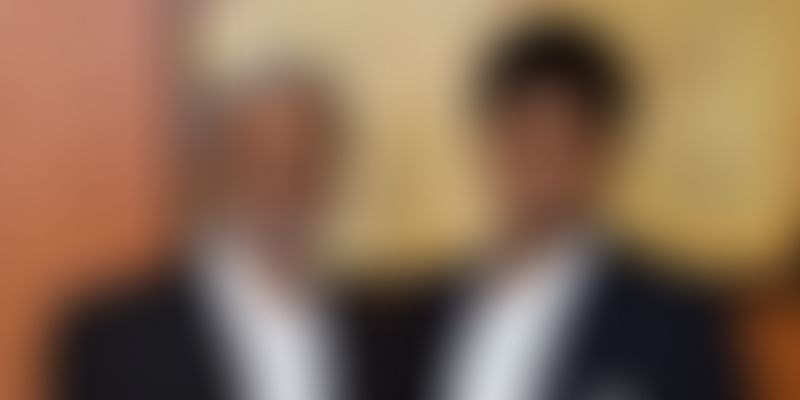 Coimbatore-based water pump manufacturing company EKKI Group started its journey in 1981 as a small unit with nine workers. Today, its growth story has made its way into the curriculum of INSEAD’s MBA programme.

In 1980, P Arumugam, who hails from Kottur, a small village in Tamil Nadu, moved to Coimbatore to pursue his higher studies. He studied mathematics and was an agriculturist at heart, but set his sights on entrepreneurship.

Arumugam’s uncle, KK Veluchamy, suggested he open a shop selling spare parts for pumps, and in 1981, the duo and their friend, MS Sundaram, launched Deccan Pumps. The pump manufacturing company began its journey as a small workshop with only nine workers, manufacturing submersible pumps for farmers.

Today, the company is handled completely by Arumugam and his son, Kanishka Arumugam, who affirms that EKKI has evolved from being just a pump manufacturer to a water technology company.

Kanishka, the Co-CEO of the company, is a graduate from the University of Warwick, UK, and worked with companies like Forbes Marshall and Xylem Water Solutions before joining the family business in 2015.

After being in the pump manufacturing business for long, Kanishka shares that EKKI is determined to pivot towards providing clean drinking water and sanitation. Urbanisation, water scarcity, energy shortages, globalisation, increased digitisation and, climate change are key drivers for this. He believes it is time pumps are made not just efficient but also intelligent as the water industry transforms.

The company set up a joint venture (JV) with German watertech giant HOMA Pumpenfabrik GmbH, called EKKI HOMA in 2018. The JV aims to bring waste-water system solutions to India. HOMA set up a plant with EKKI in 2019 to specifically manufacture waste-water pumps.

He adds that to become globally competitive, the company has been working on every aspect, including sales and marketing. He points out when it comes to a family-run business, convincing his father and other older members in the board to invest in marketing continues to be a challenge. “We could have done a lot more if we had strategically invested in sales and marketing,” the young entrepreneur says.

The company forayed into the international market in 2016 by launching its products in emerging countries in the South Asian region, Africa and the Middle East.

Holding on to sustainability

Numerous pump companies like KSB Pumps, Shakti Pumps, Roto Pumps, Kirloskar Pumps, Havells, etc., have made a mark in India, but EKKI has carved a niche for itself because of its focus on water technology solutions.

Commenting on the company’s new focus area, Kanishka says the future will be about “more water with less energy usage”. He feels this is only possible with technologies like Internet of Things, Cloud Computing, and Data Analytics, and affirms that the manufacturing and industrial sector has opened up to adopting technologies big time.

The company currently services sectors like agriculture, domestic and commercial building spaces, public utilities and more. All components for manufacturing the pumps are manufactured in-house.

“We are a complete made in India brand, and doing everything from designing to manufacturing in-house ensures that we are able to control our supply chains better, and have greater emphasis on quality control.” The group has four manufacturing units in Coimbatore, with machines imported from Japan and Korea.

At present, the company employs over 550 workers. According to financials available in the public domain, The consolidated revenue of the company is about Rs 100 crore.

In a span of three decades, the company has seen several ups and downs. Kanishka says funding was a struggle in the early days as there were no options, unlike today. The challenges of today, though, are very different.

He adds, “The next generation has to be very smart. You cannot hope to survive if you don’t innovate and pivot.”

On the pandemic impact, the young entrepreneur says, “We could not complete a lot of projects that were in the pipeline last year, and lost one month's sales when the lockdown shut everything down. However, demand started to pick up quickly when the lockdown rules were eased.”

In the next five years, the company plans to completely transform itself into a water technology company. It also plans to get on board more dealers from India and other South Asian countries.