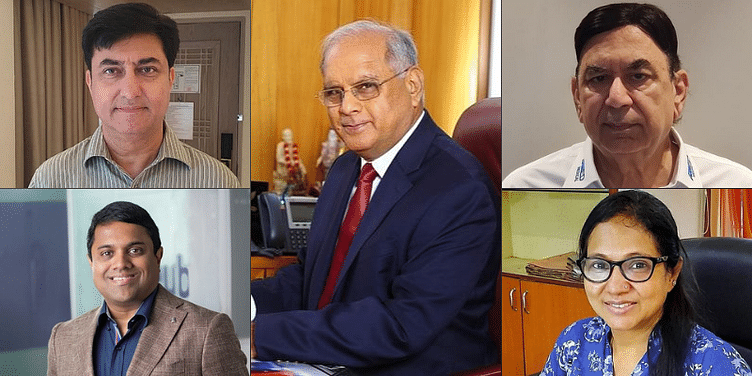 SMBStory lists five Made in India medical device companies catering to wide domestic demands and exporting to other countries while cutting down India’s dependence on imports.

In the last decade, the Indian healthcare industry experienced high growth with the country’s wide exposure to tech advancements. According to InvestIndia report, around 65 percent of medical equipment manufacturers in India are domestic players operating in the consumables segment and catering to local consumption with limited exports.

With rising cases of COVID-19 and limited capacity, India’s medical industry was forced to evolve rapidly to combat the ongoing crisis.

According to Vinod, finding good vendors was a major challenge. In a conversation with SMBStory, he explained, “In foreign countries, you have good vendors so it is easier to get all components. In India, there were no vendors available.

To address this issue, he bought equipment to manufacture all the components, which helped the company expand its manufacturing capability and reduce its dependence on imports year after year.

Hailing from Aralvaimozhi, a panchayat town in Kanyakumari district in Tamil Nadu, GSK Velu’s stint with the healthcare industry began when he joined BITS Pilani in 1984 at the age of 16 for a Bachelor’s Degree in Pharmacy after which he joined the medical instruments distribution company IMI.

Velu says that he saw the medical device industry in India is dominated by large multinational companies that had a monopoly in terms of pricing, positioning, and product line.

Feeling that India needed an indigenous health technology company, which was “local by heart but global in its vision,” Velu launched Trivitron Healthcare in 1997 with Rs 25 lakh.

Trivitron started small in Chennai as a medical devices trading company, but Velu was always determined to get into manufacturing of medical technology equipment.

It took Velu 10 years to onboard the top multinational companies as clients and build Trivitron into a popular medical devices trading company. Today, the company has a turnover of Rs 700 crore.

Suresh Vazirani was just 21 when he sacrificed his corporate career to work for social causes. In 1979, he started Transasia Bio-Medicals in Mumbai after seeing the vulnerable condition of hospitals in India that fall prey to the lack of technical service for imported medical devices.

"The creation of such an organisation was more of a clarion call for service to society rather than the object of a business enterprise," Suresh explains.

In Vitro Diagnostics (IVD) company Transasia started as a distributor for a Japanese automated cell counter machines. By the early 1990s, Suresh had recognised the need for indigenous manufacturing and set up his own R&D and production facilities to manufacture medical equipment such as blood analysers.

Founder of Delhi-based Paramount Surgimed Ltd., Shaily Grover says, in the mid-90s, the Indian manufacturing sector was facing a threat from China due to cost-effective imports from the country that were paralysing India’s manufacturing output.

Initially,  Shaily joined the family medical devices business in the late 1980s. He honed his skills for over eight years and then founded his own company Paramount Surgimed under the parent organisation Grover Group of Companies.

Twenty years into the business, the company now exports to over 80 countries. In India, it supplies to major hospitals with a nationwide network of 40 distributors and 400 dealers.

At present, Paramount Surgimed has a state-of-the-art production facility in New Delhi, which is accredited with ISO:13485:2016, CE Mark, and US FDA Device Listing. The company rakes in an annual turnover of Rs 50 crore.

When the first coronavirus case in India surfaced in January 2020, no one really knew the extent of the virus’ impact on our lives. The rising cases brought to the fore the importance of personal hygiene. Once sleeping products like masks and hand sanitisers started selling like hot cakes — flying off the shelves and off of ecommerce portals.

Neeta Goel narrates a similar story with ULV Bio Fogger, a product that was developed in 2005. In a conversation with SMBStory, she said,

“We have been supplying them to the local hospitals for sterilisation. However, it wasn’t into demand until coronavirus hit us badly. COVID-19 skyrocketed the demand of this once slow-moving product so much so that the team is working 24x7 to meet the demand.”

Based in Indore, Bioline India was founded by Neeta and her late husband Rajeev Goel in 2001 to manufacture and supply affordable medical equipment to masses. The duo started by manufacturing blood bag tube sealer which was being heavily imported during that time.

What began as an experiment today holds a key position in the country in the manufacturing and distribution of an extensive line of the blood bank and sterilisation equipment.