With over a 100-year legacy, this Delhi-based kulfi brand is keeping customers hooked 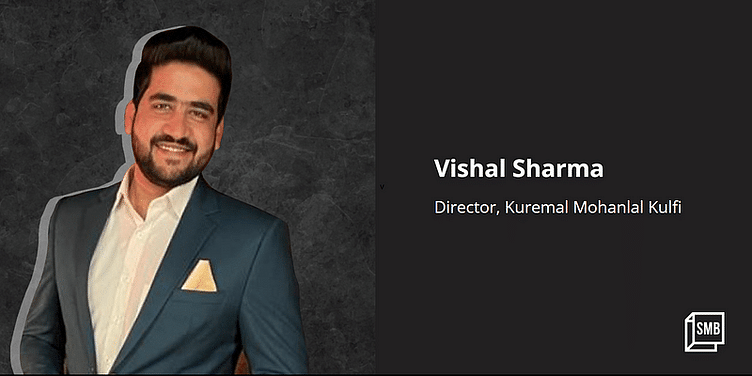 Kuremal Mohanlal Kulfi was started in 1906 by Kirorimal as a summer business. Over 100 years later, the Delhi-based brand has spread its wings both in the domestic as well as international markets.

If you are not a Delhiite, someone would have told you this if they know you are planning to visit the capital city. And if you have lived in Delhi at some point in your life, you must be familiar with the crowded streets of Delhi-6 offering the most drool-worthy snacks like chats, chicken tikkas, kulfis, and more.

One such shop in Chawri Bazar’s Sitaram Bazar Road is Kuremal Mohanlal Kulfi. The century-old kulfi brand in the heart of Old Delhi was started by Kirorimal in 1906.

Kirorimal, who was nicknamed Kuremal by his family members and others, would come to Delhi from his village in Haryana during the peak summer months beginning in March to sell kulfis, an Indian ice cream, in the most basic of all stalls.

More than 100 years later, Kuremal’s success is not limited to Delhi. From serving at parties of Bollywood celebrities like Amitabh Bachchan to Rashtrapati Bhavan and at overseas weddings, Kuremal has survived the competition over the years to become the brand that it is today.

SMBStory caught up with the company’s Director and the fourth-generation member of the family business, Vishal Sharma, who is taking the legacy forward along with his brothers and Kuremal’s other great-grandchildren, Deepanshu and Himanshu Sharma.

The story goes that when Kirorimal started the business in the early 1900s, he would sell kulfis during the summer months, and then return to his village where he would do farming for the rest of the year, says Vishal.

About five years later, Kuremal decided to pursue the art of making and selling kulfis as a business when he realised that he had built a sizable customer base in Delhi.

Additionally, he was accompanied by his son, Mohanlal, who also settled in Delhi to start making kulfis full-time. In the 1920s, the father-son duo started getting orders for weddings, and in 1940, they opened the first outlet in Chawri Bazar in Delhi.

Vishal says they slowly diversified their business by adding more flavours. Starting from just one flavour (kesar pista), they introduced around 15 flavours by the 1950s, including jamun, falsa, orange, pomegranate, mango, and more. Today, the company offers more than 50 flavours.

In the 1980s, Kuremal introduced stuffed kulfis, a category that went on to become one of its unique selling points (USP). It is made using the pulp of fresh fruits with milk as the base. The kulfi is then poured into slices, frozen, and sold.

From selling rabri faluda in Delhi to opening over 200 stores: the story of how Giani Ice Cream went national

While the world is moving towards automation and businesses are increasingly deploying expensive equipment, Kuremal has chosen to be aligned with its roots.

Vishal says that one of the reasons why they have been able to maintain the legacy of quality and taste is because the ice creams are made manually with traditional methods sans machinery. He says this is the reason why they have been able to survive the competition from fellow kulfi brands like Giani’s and ice-cream companies like Vadilal, Baskin Robbins, Kwality Wall’s, and more.

The company’s three units in Chawri Bazar have big boilers to prepare rabri (sweet thickened milk). To this, flavours are added and it is manually poured into the molds and frozen. Every day, more than 1,000 kulfis are manufactured and sold.

Today, Kuremal runs the business through its outlets, catering to weddings and parties, and also has an export business.

The company has customers in Dubai, Thailand, Austria, and other countries. While serving international customers (mostly for weddings), Kuremal’s team travels to foreign locations with utensils and main ingredients. They prepare kulfis according to the different requirements and taste preferences of the customers.

How Vadilal aims to target millennials with its experiential café outlets

According to a report by TechSci Research, the Indian frozen desserts market is set to grow at a CAGR of 19 percent by 2023 on the back of rising GDP per capita and rising demand from expanding middle-class population.

Vishal wants to leverage this trend by banking on geographical expansion.

For many years, Kuremal was dependent on a single outlet, catering projects, and international orders. It didn’t expand geographically in the domestic market.

Vishal says, “The orders and the outlet took much of my father’s and grandfather’s time.” He also says that growth was never on their agenda. “My grandfather was a very simple man who just wanted to earn a decent living. He was not interested in significant expansion.”

In fact, the company never ventured into other categories like ice creams. It has been focused on selling only kulfis and will continue to do so in the times to come.

Vishal says that he felt compelled to focus on geographical expansion when he entered the business in 2018. “I told my father that all customers cannot come to Old Delhi, so we need to expand.”

So, from Old Delhi, they opened the second outlet in Bengali Market, another food hub of the city, in 2019. They added a few more branches across Prashant Vihar, Preet Vihar, and Haus Khaz when COVID-19 struck and played a spoilsport.

Vishal says the sales were down in all the outlets by about 40% during COVID. Moreover, in the first few months after COVID-19, they couldn’t sell the stock. “We had to distribute 9,000 kulfis for free because the stock had piled up in the outlets for over a month," he adds.

“Even today, as COVID-19 is still around, we are weighing our options and treading cautiously,” he says, adding that regions within Delhi-NCR like Noida, Gurugram, Ghaziabad, and cities like Mumbai, Kolkata, Hyderabad, Chennai, and Bengaluru are next on the list for opening outlets. In the future, they might also consider giving out franchisees, but there’s a long way to go for it.

Vishal wants to take personal responsibility for keeping the legacy of his family business and the product alive.

“After all, kulfi is a ‘made in India’ product and we want to capture the domestic markets as well as the world,” he concludes.