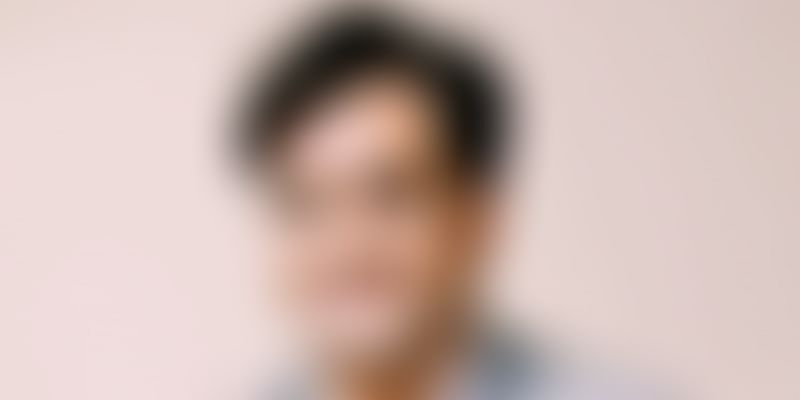 In American comic books and movies, Superman, Batman and Iron Man protect Earth from fictional threats. Packman, the brainchild of Indian entrepreneur Gaurav Jalan, is on a mission to protect against a real-life, everyday threat: plastic packaging.

Where it all began

When Packman was first started, it was under a different name: Swastik Packaging. Gaurav started Swastik right after he graduated from college in 2002.

“I always wanted to be an entrepreneur. I had seen a lot of potential in the packaging industry as early as the 2000s.  I frequently noticed mobile phones, mineral water and other products come with their own packaging. I realised, nobody can make and sell products without the right kind of packaging. This inspired me to start a venture in this industry,” he says.

His entrepreneurial journey began with a Rs 33 lakh loan from HDFC Bank, but this didn’t come easy. Gaurav says it was challenging to win the business proposal pitched to bank officials and investors.

He managed to convince the bank officials, and used the funds to set up a manufacturing unit. He also put listed the products online on what he claims was India’s first e-commerce store for packaging solutions.

Swastik was a sole proprietorship, and the business initially focussed on making corrugated sheets and rolls. In 2011, Gaurav wanted to expand and diversify his product range. He converted it into a private limited company and renamed it Packman Packaging.

The packaging products are aimed at a diverse target market. Its manufacturing unit is geared towards mass production and supply support for its large clients. The ecommerce store is aimed at helping startups, SMEs and individuals discover Packman and buy from it. Social media marketing and blogs add to its digital presence.

The packaging products are sold at competitive rates, Gaurav says, explaining how the model works:

“We use a cost-plus-pricing strategy. The price primarily covers the cost of production. This allows us to keep enhancing production efficiency, and this lowers our costs. Thus, we can make our pricing one of the most competitive in the market.”

Packman has tied up with delivery partners BlueDart and FedEx to fulfill orders outside Delhi NCR. In the capital region, Packman employs its own fleet of delivery vans, which are managed by an inhouse team equipped with an ERP system.

Packman operates across sectors and Gaurav feels this is a challenge. For him, working across manufacturing, logistics and ecommerce is easier said than done. “I see each day as a challenge to overcome, and I see each night as a winning moment for the company,” he says.

Gaurav may be constantly on his toes, but he can draw satisfaction by reminding himself that his venture is taking the green route by addressing the global issue of plastic pollution.

It is estimated that over 300 million tonnes of plastic is produced worldwide each year. Plastic from bottles, wrappers and other types of packaging is proving to be destructive to the environment and contributing to health problems in humans and animals.

With the rise in popularity of ecommerce and doorstep deliveries in India, the use of plastic packaging in boxes has gone up - a trend the large ecommerce players are trying to arrest.

In January 2020, Amazon India announced it has eliminated the use of single-use plastic from its fulfilment centres in India. In August 2019, Flipkart said it achieved a 25 percent reduction in single-use plastic through various methods in its packaging value chain.

Both Amazon India’s and Flipkart’s efforts are aimed at using paper-based alternatives. And Packman is an important part of the plan, Gaurav says, adding that he is talking with both ecommerce players to supply the paper packaging.

Packman’s ecommerce sales could boom as the segment in India continues to grow. It reached a size of around $32 billion in 2019, recording a compounded annual growth rate of 18 percent. It is expected to cross the $100 billion mark in a couple of years.

This growth will mirror a decline in the ecommerce segment’s use of plastics, which are made from polymers. Polymers are chains of carbon or hydrogen atoms originating from non-renewable energy sources such as petroleum or natural gases.

Packaging made from plastic takes hundreds of years to biodegrade. More often than not, they find their way into landfills or oceans, rather than into recycling units

Biobased polymers, however, are more sustainable and are made from renewable resources such as biomass. Packman is big on packaging made from such biodegradable material. Gaurav’s company makes eco-friendly bags from corn. The corn bags are biodegradable and do not contaminate the recycling process of other more common polymers, Gaurav says.

The concept of Packman’s corn-based bags falls in line with the core idea of sustainable packaging, which says packaging should be part of the circular economy. In other words, sustainable packaging uses material made from resources that stay in circulation for as long as possible, through reuse and recycling.

“Corn renews itself and it makes these bags compostable. The material gets dissolved in the soil and does not harm the environment. As the corn grows, it draws in carbon dioxide from the air and provides us with fresh, breathable air,” Gaurav explains.

This idea is in stark contrast to the linear economy of plastic, in which plastic packaging is usually disposed after one use.

Despite landing large clients, he sees further opportunity is organising the Indian packaging industry. He maintains Packman has an upper hand over others because of its investments in technology, team and research.

In the near future, the company plans to enter markets in the Middle East, and South East Asia. “We have massive goals to achieve in the next five years. Our biggest competitor is ourselves,” Gaurav says.