Starting from an unused lift shaft, this is how Zephyr grew into a Rs 15 Cr educational toy brand 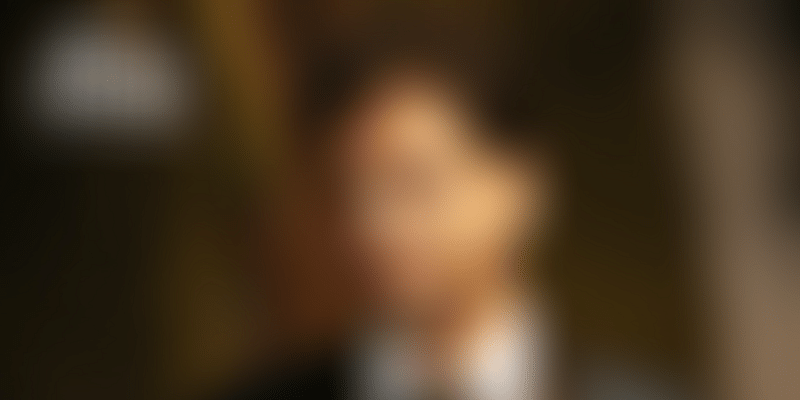 In the late 80s, entrepreneur Zaheer Gabajiwala was running a toy workshop in a small, abandoned lift shaft. He did not have enough money to rent a regular working space in the building. For raw materials, he had to convince people to sell him on credit. It was certainly a bleak situation, but Gabajiwala didn't give up.

Beating struggles with immense hardwork, shedding sweat and tears, he slowly built his workshop into a Rs 15-crore business employing 100 people, now known as Zephyr Toymakers. It is currently one of India’s largest indigenous toy manufacturing companies and makes the well-known toy brands Mechanix and Blix.

Think of Lego blocks, but in a complex way. When you put these blocks together, you can make models of cars, bikes, and trucks, etc. Imagine your kids creating these huge models sharpening their brain skills. These are the kind of educational toys Zephyr makes from its manufacturing unit in Navi Mumbai.

His son Moiz Gabajiwala is currently CEO of the company and clearly remembers the hardships the family went through in running the business. “My father Zaheer faced a difficult situation after the sudden demise of his father. He was forced to quit college and join his brother and run the family business. His first workshop, with his brother, was in a small 25 square feet space in Byculla, Mumbai,” Moiz says.

Taking the leap towards entrepreneurship

Zaheer had always been clear that he wanted to branch out and start making educational toys by himself.

“My father wanted to buy educational toys for me but could not afford them because they were either too expensive or very low quality,” Moiz says.

This led his father to decide that he would make toys that were rich in quality and safe, and also which would provide a learning experience to kids without being too expensive.

With this thought in mind, Zaheer started Playmate in 1983. He later started Zephyr Toymakers as a partnership firm in 1988 and this was then converted it into a private limited company in 2002.

“Initially, the landlord of the building believed in my father’s vision but did not have any vacant space for him. He then offered an unused lift shaft and thus began the journey. The raw materials and the processing were also done by people who believed in the vision and began trading with him on credit. Slowly, as the products sold, the credit was paid off and the journey took off,” Moiz says.

Despite the difficulties, Zaheer was incredibly focused on the goal: giving children experiential learning through educational toys. He built his toy empire piece by piece. Similarly, the toys made by his company are building blocks which kids can assemble to build a range of models.

Even now, Moiz remembers his early days in the business.

“When I was just 10 years old, I was roped into the operations of the company. This was my first job and after school, I would be at the factory joining the other workers in the production line,” he recalls.

“Even today, Zephyr is completely owned by the family. There are no external stakeholders and we have never taken external funding,” he says.

Zephyr uses modern tech to keep its product range of educational toys relevant to children. It makes use of robotics training sets that impact STEM skills in a child in such a way that a 10-year-old is agile to absorb technical knowledge. “We also use logic sets where the child is introduced to sets that contain PCB (Physics, Chemistry, and Biology). These are joined together to create logic. Here, the child is free to build a model, car, or robot and make them perform or behave in the way they want,” Moiz explains.

With these technologies going into toy-making, Zephyr is blurring the lines between toys and education. “The toy industry is very unorganised and around 80 percent of the industry is in unaccounted trading. But we are probably the only Indian toy company that is investing heavily in research and development. This is a competitive advantage, and the rest of the industry is playing catch up,” he adds.

Zephyr finds it challenging to focus on skill sets that will be important in the future and in an unpredictable world and environment. “It is also challenging to get people to understand the value of these educational toys as well as manage the setup and costs of R&D-intensive products with no certainty of success,” he says.

Moiz has noticed that there is also a lack of faith in Indian-made toys. He has also observed a lack of local industries that supply the necessary spare parts and deliver technology.

He says, “For instance, motors are not made in India, and it is cheaper to import gears from China than manufacture locally. Further, there are many labour laws and illegal imports of low quality and low-priced products. This hurts the brand value and image of good quality toys.”

As children spend more time on gadgets, there will be an increased need for educational toys. He says that there is a big possibility that toys won’t just be playthings but become educational tools. “As STEM education is beginning to catch steam, we are at the forefront with our STEM education and robotics toys,” he explains.

Zephyr has invested nearly Rs 5 crore in these kinds of projects. This benefits it in terms of entry barrier and low risk-taking capacity of other toy companies. It also gives the company access to international markets and a big chance to define the future of the toy industry in India.