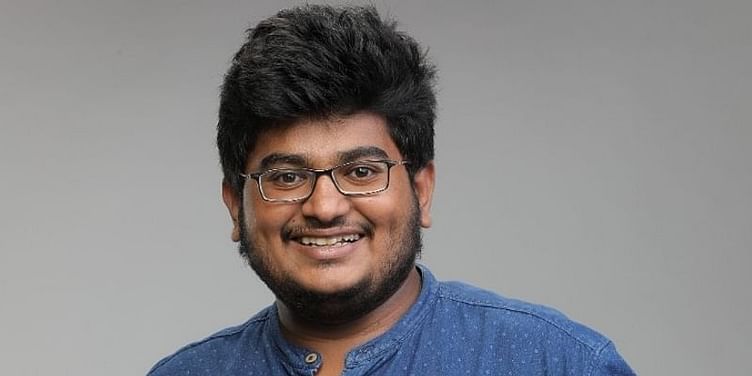 Started in 2017 by Ashish Shinde and Rameshwar Jagdale, Empire Media works with local and traditional, family-run MSMEs and small businesses from Indian towns to build a brand identity and boost sales. Here’s how:

For Kelve Masale - a small spice store in the town of Palghar, Maharashtra, the 2020 lockdown posed an ultimatum. With zero revenue from walk-in customers, the traditional store could either move to digital advertising and online sales, or pull down its shutters forever.

Kuldeep Vartak, a partner at Kelve Masale, was quick to realise the only way to survive was to build a strong brand identity.

And just in time, a friend, who was also involved in the spices industry, told him about ﻿Empire Media﻿ - a young, new age Mumbai-based digital media firm helping small businesses in Maharashtra build their own brands across digital mediums.

”With the referral, I approached Empire Media, which helped us devise a strategy to reinvent the brand identity, image and appearance as well as build an ecommerce website. This would help increase brand recall, and help us survive the impact of the pandemic,” says Kuldeep.

”When Kelve came to us, they were a small reseller of masalas earning Rs 25,000 per month. We designed logos, packaging, as well as their storefront. We also did a few local TV ads in nearby towns, built their social media presence, and launched them on their journey of selling on Amazon, TradeIndia, etc.”

These efforts, coupled with the trend of consumers buying groceries online during the lockdown, resulted in Kelve receiving large orders touching five tonnes in a short span of time, according to Ashish.

By meeting this demand over a few months, Kelve Masale made Rs 25 lakh in non-recurring revenue, which helped the business survive during the pandemic.

At the moment, Kelve is increasing its production capacity to meet future demand, and once its new factory is ready, Ashish plans to resume promotion of its products.

Working with small-scale, traditional businesses like Kelve is Ashish’s bread and butter.

For Ashish and his friend Rameshwar Jagdale, the motivation behind founding Empire Media in 2017 was to provide affordable and bespoke branding to India’s MSMEs - a service that Ashish claims large digital media firms and MNCs cannot provide effectively to the nation’s smallest businesses.

According to him, “MNCs provide branding services to larger clients, and their one-size fits-all approach doesn't work for MSMEs. There is also a misconception among MSMEs that such services are only for modernised, established organisations. Small businesses have been stuck on traditional thought processes, and were often unwilling to explore digital branding.”

And this sense of apprehension towards modern methods of branding often came from previously being cheated by fraudulent design and advertising firms, according to Ashish. It was an issue that posed to be a problem for Empire Media when they decided to start out, as they had their work cut out in building credibility among a tough set of target audience.

Ashish realised the best way to gain trust was to offer a trial period where MSMEs could use Empire’s services for free before deciding to sign a retainer or pay a one-time fee for its services.

“We started giving a one month trial period where MSMEs could use our design, branding and digital strategy services. We told them that only if they liked it, they could pay us an affordable fee of a few thousand rupees for our services on an actuals basis or based on an affordable retainer contract. This worked out well for us as it gradually addressed the problem of mistrust they had towards firms like ours,” Ashish explains.

As Empire Media worked with small-scale FMCG, education and auto service clients from towns in Maharashtra to build their brand identities, word spread among more MSMEs.

One such business - Chavan Bandhu Masale from Lalbaug in Mumbai - was in desperate need of a revamp.

With several new spices and masala stores populating the neighbourhood, competition was becoming increasingly fierce, and the business needed to find an edge to survive the period of lockdown and beyond.

“Being a traditional family-owned business with three offline stores, we were not sure how we were going to survive or grow during the pandemic. We thought we might have to shut shop. In this situation, we found Empire Media and asked them to help us,” says Sachin Chavan, proprietor of Chavan Bandhu.

When he approached Empire Media, Ashish noticed there was little consistency in the branding across Chavan’s three stores, which were adjacent to each other. Further, the brand had no online presence.

Ashish and his team set out to streamline the branding at the offline stores, design a logo as well as the packaging for Chavan, and later helped it list its products on Amazon and Flipkart.

“We then advised Chavan to set up a back office to focus on their business operations, and also helped them set up a new store five kilometres away. Their sales picked up across online and offline channels. They have now doubled their revenues from each store, and also made over Rs 25,000 from Amazon last month,” explains Ashish, adding that Chavan is pulling ahead of local competition in Lalbaug.

Can MSMEs and small businesses survive a potential third wave?

At present, Ashish’s 15-member firm has 18 MSMEs on retainer, and has worked with 45 small business clients in the past. It is working at a time when the impact of the COVID-19 pandemic has turned India’s small business sector on its head.

According to a Consortium of Indian Associations (CIA) survey of 81,000 SMB respondents, 73 percent made no profit during the last FY, and 80 percent were insecure about the future.

Ashish says these challenges boosted Empire Media’s business as MSMEs became more likely to consider and avail of its services to help them stay afloat.

Going forward, Ashish intends to continue his mission to provide branding to MSMEs, and looks to expand Empire Media’s reach to more districts in Maharashtra, and eventually, to other states.