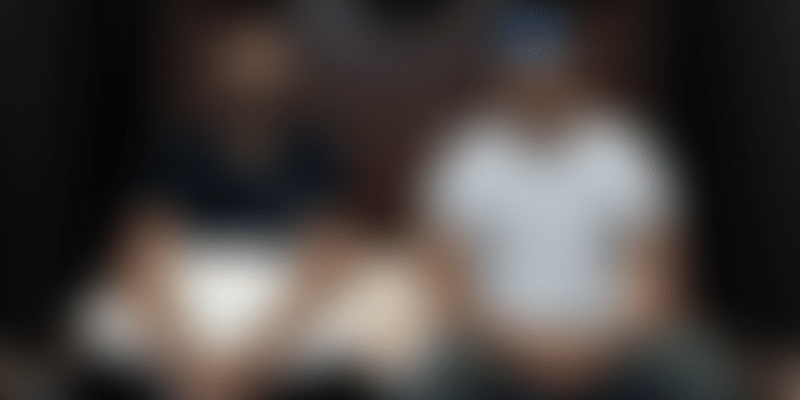 Flo Mattress, co-founded by a college dropout and an entrepreneur, has sold over 20,000 mattresses and got a foothold in the Rs 10,000 cr Indian mattress market.

Sleep deprivation is a modern-day disease. According to one estimate, 93 percent of working class in India is deprived of adequate sleep due to stress and intrusion of gadgets in their lives. As a result, getting an eight-hour sleep has become a far-fetched dream for this segment of people.

Indians may be struggling to get good sleep but on the contrary this fact has done lot of good to the Indian sleep products market and specially to the Rs 10,000 crore Indian mattress market which is booming.

One such brand that has made a mark in the mattress market is Flo Mattress.

SMBStory spoke to Gaurav Zatakia and Kshitij Rihal, Co-Founders of Flo Mattress, about their journey and how it all happened.

Gaurav (34) and Kshitij (27), hailing from different backgrounds, were a perfect match to launch the business. While Gaurav was handling his family business of supplying mattresses to resorts and hotels, Kshitij was a college dropout who had founded his own digital marketing agency and was running large campaigns for brands like Foodpanda, Ixigo, and Cafe Coffee Day.

Commenting on what drove him to launch Flo Mattress, Gaurav says, “I was always interested in the B2C model. By starting my own company, I felt that the time for me had come to make quality mattresses at an affordable price which I was earlier not able to do.”

Gaurav says, earlier, mattresses were expensive for the common man. And it was the channel strategy that made selling and supplying an expensive exercise.

“Distribution, before the Internet era, was possible through traditional networks where a wholesaler or distributor would buy the product in bulk in each state and would then add his own margin of profit and supply to retailers in various cities of that state,” says Gaurav.

Today, the Internet revolution has eliminated the middlemen. Now, manufacturers can directly reach out to their customers through e-commerce platforms. Flo Mattress has its own website for selling its product. Its products are also available on Amazon and Flipkart, and the company has recently tied up with Paytm as well.

Decoding the art of mattress shopping

Gaurav says the effort of finding the perfect pillow or mattress is not an easy job. “I found the whole process very confusing based on the interaction I had with consumers at exhibitions and trade shows.”

Further explaining how mattress shopping in India is so difficult, Gaurav says, “The mattress outlets put out no less than 10 different varieties from multiple brands on display. Everything looks and feels similar. By the time you have tried the 10th mattress, you would have forgotten what the first one felt like.”

The seller doesn’t help much here. Gaurav adds, “You have spent hours of your precious time in a world where time is in very short supply and still aren’t sure which mattress to buy.”

In addition, Kshitij says, “Some companies will add basic, off-the-shelf foams with fancy names to their mattress just as an excuse to charge you more. We have decided to only use the layers that matter and not charge extra for layers your body doesn’t feel.”

Gaurav says, “In ergo mattress, temperature sensitive memory foam has been used which increases blood circulation and gives quality sleep. The ortho mattress is for people above the age of 61 and for anyone who has back problems.”

Gaurav also says that special technology is used to vacuum pack the mattresses and shrink it to a third of its size. This helps ensure easy shipping and transportation of the mattresses.

Kshitij says that launching Flo Mattress in a crowded manufacturers’ market was not easy. There are many small and big players like Sleepy Cat, Sleepwell, Wakefit, Kurl-on, and Novaform.

Currently, Flo Mattress partners with companies to manufacture products for them but it is working on starting a manufacturing facility at Andheri in Mumbai, which will produce approximately 50 mattresses a day and scale up to 100 in 3 months.

Currently operating with a small team of less than 20 people, Flo Mattress’ goal is to increase the output and get a foothold in the Indian mattress market, the founders say.