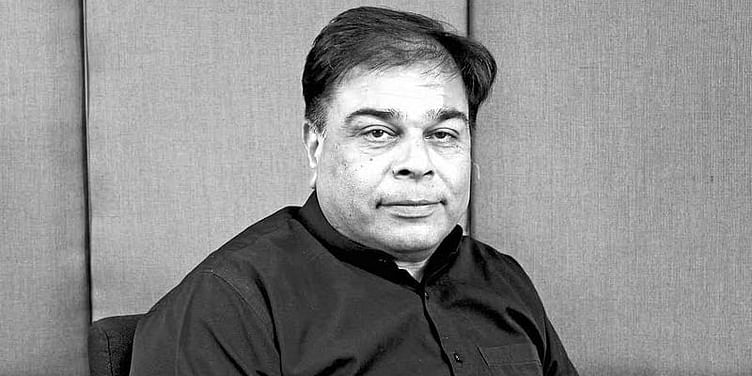 Hamdard, the popular Unani pharmaceutical company, was founded in 1906 in undivided India's capital, Delhi. In 2006, the family business started to undergo modernisation – a move that helped Hamdard establish high standards of corporate governance and digitisation.

All his life, Abdul Majeed saw his father, the Late Abdul Mueed, and grandfather, the Late Hakeem Abdul Hameed, work hard to carry on the legacy of their family business, Hamdard. Its most popular product Rooh Afza, a concentrated squash, has been enjoyed by generations - often reminding one of lazy summer afternoons and simple joys.

Hamdard, a Unani pharmaceutical company, was originally founded in 1906 by Hakeem Hafiz Abdul in undivided India's capital, Delhi. After the founder passed away, his wife Rabia Begum kept the business alive with the support of her son Hakeem Abdul Hameed.

Headquartered in New Delhi, this Made-in-India brand went on to become a household name across India with popular products such as Sharbat Rooh Afza, Safi, Roghan Badam Shirin, and more.

In 2006, a century after its inception, Abdul Majeed, the current chairman of Hamdard Laboratories (Medicine Division) alongside his father Abdul Mueed undertook the task of modernising the age-old family business.

A new era of modernisation

Realising that change is the only constant, and feeling a dire need to revamp their existing outlook, Hamdard was infused with a new rigour of organisational efficiency and scientific research for its continued existence.

Thus, Abdul Mueed aimed at not only preserving the Unani system of medicine that Hamdard stood for, but also keeping the family business relevant amid a new age of modernity defined by the proliferation of the Internet, rising popularity of allopathy and evolving manufacturing capabilities in healthcare and pharma.

In an exclusive interview, his son Abdul Majeed tells SMBStory,

“In 2005-06, we had a turnover of just under Rs 200 crore. Then, my father began setting processes in place for organisational structure, sales and distribution, expenses, etc. These steps helped us as, by 2015-16, our turnover had reached Rs 500 crore. We had a brief lull post that for the next two-three years, but reached Rs 700 crore by 2019-20,” recalls Majeed.

Majeed’s father, who had joined Hamdard in 1964, is credited with spearheading and modernising the business by standardising products and packaging, setting up manufacturing facilities at Manesar and Ghaziabad, and professionalising Hamdard Laboratories with the assistance of Ernst & Young, up until 2014.

Until his demise in 2015, he also served as the Chairman of Hamdard National Foundation - a charitable educational trust to which Hamdard’s profits are sent.

Elaborating on the modernisation initiatives undertaken by his father, Majeed says,

“We noticed that the newer generation of customers looked for scientific proof behind the efficacy of Unani and Ayurvedic medicinal products. And so, in an effort to prove its worth, we invested heavily in the scientific analysis of our Unani products.”

The move provided last-mile visibility in retail, rationalised the product portfolio and helped Hamdard establish high standards of corporate governance and digitisation through information technology and robust systems and procedures, the company claims.

“We ensured our labs were up to date with the latest technology and equipment, but since we have a wide range of products, it hasn’t been an easy task. We have always felt that if people were to walk into our facility, they should see that our manufacturing setup is modern, and is at par with and using the same protocols and tools as some of the most advanced units producing allopathic medicinal products,” Majeed adds.

Almost a decade later, the family business is in the throes of yet another revamp as it looks to build its online presence.

Suman Varma, Chief Marketing Officer, Hamdard Laboratories (Medical Division), says, “Being a healthcare and wellness brand, it is important for us to spread awareness around holistic wellness and lifestyle. The pandemic has taught multiple lessons in terms of health and wellbeing, and we realised now is the time to bet on ecommerce.”

“Until recently, we did not have much of a presence on ecommerce and online platforms. But, in the last year, we increased access to our products, and put most of them online. We are seeing sales increase daily on platforms such as Amazon and 1MG. This has been a big eye opener for us. E&Y estimates we can grow our ecommerce sales to Rs 50 crore in five years.”

Addressing the pandemic-induced demand for wellness products and immunity boosters, Hamdard earlier this year also expanded its product portfolio with the launch of OTC medicines and wellness products made from aswagandhi, kalonji, gilo, jamun powder, etc.

In recent years, AYUSH and other alternative medicines market in India has seen growth not only on the back of COVID-19, but also due to growing awareness about the efficacy of traditional systems of medicine.

Besides Hamdard, key players in the segment include Dabur, Baidyanath, and Himalaya, among others.

“Last year, our medicine division closed sales at Rs 382 crore. Going forward, FMCG and pharma are likely to be key industries in India. If we continue to prove ourselves and our medicinal products in the modern era, we look to target Rs 1000 crore revenue in five years,” Majeed says.