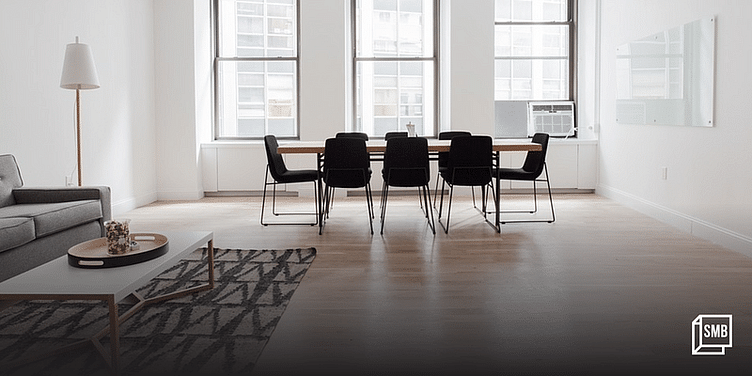 SMBStory has curated a list of four made-in-India home decor brands that have created a special place for themselves in the Indian and international markets.

With people spending more time at home than ever before, they are also investing a lot of energy and effort in sprucing up their spaces. This has spelt good news for homegrown ecommerce home decor companies, which are reporting increased sales, driven by the demand for Indian handicrafts and home furnishing products.

According to ResearchandMarkets, the global online market for home décor products was around $98.4 billion in 2020 and it is expected to touch $348.3 billion by 2027. The Indian home decor market is estimated to be around $32.14 billion.

SMBStory has put together a list of four made-in-India home decor brands that have carved a niche for themselves in the Indian and international markets.

Hritesh Lohiya’s journey is an inspiration for anyone struggling to find their feet in business. After facing setbacks in several business ventures, Hritesh tried his luck with home décor in 2005. He bought a few waste objects such as military clothes and started making bags and home decor items such as cushion covers at a chemical manufacturing factory that he owned. He marketed these items through email to different buyers, including wholesalers and retailers.

The response was lukewarm in the beginning. From 2005 to 2007, Hritesh’s sales were negligible. However, in 2009, when he displayed his items at an exhibition in Delhi, they caught the attention of a buyer from Denmark, who gave Hritesh a trial order worth $10,000 for bags and cushion covers.

This gave Hritesh the confidence to explore this business opportunity more seriously. This is how Jodhpur-based Priti International came into existence. Hritesh is supported by his wife Priti Lohiya in this venture. Today, the company is not just profitable but is also listed on the National Stock Exchange.

Priti International has 250 SKUs, of which coffee tables, dining tables, and side tables are the top-grossing products, contributing about 60 percent to revenue. Other products include tables, chairs, beds, wardrobes and lamps. The company’s forte is its wide range of SKUs, most of which are made in-house. This helps the company make product innovations according to the market demand.

Ninety percent of the company’s revenue comes from the international markets, primarily Europe and the US.

Small businesses, big opportunities: 5 companies that are ruling the world with a common yet strong idea

When 34-year-old Arpita Sahu came back to India from the US, after professional stints with corporations such as the Coca-Cola Company and Colgate-Palmolive, she wanted to explore something creative. That’s when she discovered the rich craft heritage and immense artistic talent of the country, especially her homeland Odisha.

“I always had a creative side to me, which was unexplored. So, I jumped at the first opportunity to start a creative business when I discovered the immense scope of our Indian folk art forms,” says Arpita in an interview to SMBStory.

Arpita established Bhubaneswar-based ﻿Vintage Vistara﻿ in 2019 on her own.

The company sells home decor products, trays, coasters, wall decor, bullheads, wall plates, hand-painted sarees and bags made with art forms such as Pattachitra, Madhubani and Kalamkari. Initially, the company sold its products only through Etsy. But today it ships worldwide through its own D2C store too.

In the next few months, Vintage Vistara aims to touch a revenue of Rs 1 crore.

Rahul Jain, who was born and raised in Jaipur, Rajasthan, was always fascinated by the state’s handicrafts—be it the katputli puppets, the embellished mochdi footwear, or the colourful bangles, which are sought-after all around the world. But when Rahul stepped into a mall in Mumbai to pick up a gift for a friend, he was shocked at the exorbitant prices of the Rajasthani handicrafts sold there.

“I am from Rajasthan and I know how much a piece of Rajasthani handicraft costs. The selling price of the items was four times higher than the actual cost and I was shocked to see that there was no predefined market for these handicrafts,” the entrepreneur tells SMBStory.

This experience pushed Rahul to open his own ecommerce company a year later to collaborate with artisans and craftsmen and sell products from Rajasthan at affordable prices by cutting out the middlemen.

In 2014, Rahul, along with his friends Ankit Agarwal and Pawan Goyal, founded ﻿eCraftIndia﻿, a bootstrapped online handicraft store, with a capital of Rs 20,000.

The company’s first products were wooden elephant showpieces, costing Rs 250 per piece. Today, eCraftIndia.com is one of the largest handicraft e-stores in India, housing over 8,000 products—from handicrafts, paintings and gifts to furnishing, furniture and kitchenware.

The company today works with artisans not just from Rajasthan but from all across the country. It sells its products across India as well as the US and the UK.

During the nineties, Mumbai-based brothers Ajay Arora and Sanjay Arora were working in their family business, which manufactured and sold fabrics for women’s wear and made affordable imitation silk in polyester.

When Ajay began scouting for new business opportunities, he realised that there was a huge gap in the home furnishing industry. There was good demand for home furnishing fabrics, especially from international markets, but there were not many players to meet the demand.

In 1997, Ajay set forth on a journey of discovery and learning. He first went to Heimtextil, Europe’s largest textile fair, in Frankfurt. From there, he went to Como, Italy, to meet people from some design houses. “This way, I learned the tricks of the trade in the home furnishing industry over several months. Then my brother Sanjay and I quit our family business to start manufacturing home furnishing fabrics,” Ajay tells SMBStory.

The business, which was named ﻿D'Decor﻿, started with a modest fabrics manufacturing unit in Mumbai in 1999. The brothers focused on delivering quality products that matched European standards at Indian prices.

D’Decor, which has a turnover of Rs 1,500 crore, has five manufacturing plants in Tarapur, India, producing over 1,20,000 square metres of fabrics (woven upholstery and curtain fabrics) every day.

The brand, which is endorsed by actor Shah Rukh Khan and his wife Gauri Khan, attracts customers from across India. D’Decor also exports its products to over 65 countries; the US, the UK, Europe, and the Middle East are its biggest markets.

From living in a mud hut to launching a nano-tech firm, read how Sandip Patil found success