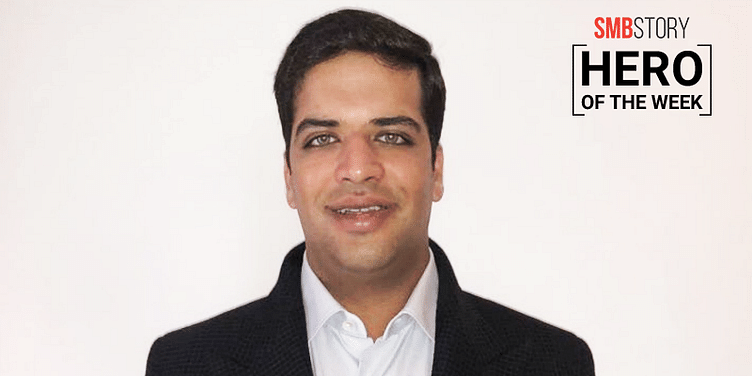 The multi-award winning company is headquartered in Ludhiana and has manufacturing units in Bihta, Bihar; Ghaziabad, Uttar Pradesh; and Sri Lanka. It also has a world-class, £2 million Hero Global Design Centre in Manchester, England.

Childhood stands for complete freedom and the bicycle symbolises this best. For millions of Indian kids, getting their first bicycle was a huge moment. For parents, teaching their sons and daughters to ride a bicycle without training wheels is a treasured moment as well.

The man who brought locally-manufactured cycles into the lives of countless such Indian families was late OP Munjal, Founder of Hero Cycles.

Established in 1956 in Ludhiana, Hero Cycles was set up in post-Independence India. At this point, the nation was also like a young child discovering its freedom. It was on the move and needed wheels. Munjal and Hero Cycles came in at the right time. The business started small, and under Munjal’s leadership, went on to become the largest single bicycle maker in the world.

It now makes more than five million cycles per year. Its primary production unit in Ludhiana is fully equipped with an in-house R&D facility producing major bicycle components. The company exports to over 70 countries, including Germany, Poland, Africa, and Finland with an approximate network of over 250 suppliers and 2800 dealerships.

Part of the larger Hero Motors Company (HMC), the Rs 3,500 crore-plus company is a family business and is headed by Pankaj M Munjal, Chairman, HMC. His son Abhishek Munjal (27), Director, Hero Cycles, is deeply involved in the company’s operations, vision and strategy, and runs things on the ground.

“India’s cycle industry hasn’t achieved anywhere near its full potential. In fact, cycle penetration in India is one of the lowest worldwide, at six for every 100 households,” says Abhishek. “Hero Cycles has constantly thought beyond the mundane and followed cycling trends and culture with a passion that is genuine and warm. That gives us insights into what segments to enter.”

OP Munjal was born in Kamalia village, which is now in Pakistan, to Bahadur Chand Munjal and Thakur Devi. He was just 16 when he started the business of bicycle repairs. “In order to earn a living after the Partition, OP Munjal’s family moved to Amritsar to start a bicycle spare parts business with his three brothers, Brijmohan Lal Munjal, Dayanand Munjal, and Satyanand Munjal,” says Abhishek.

“The business was able to flourish within a few years as new talent kept entering. OP Munjal then got into making spare parts and then started making the complete bicycle. The organisation has never looked back since,” he adds.

OP Munjal was fuelled by an insatiable ambition despite having meagre resources, according to Abhishek. “His vision was to create an inexpensive and effective mode of transportation for a post-Independence nation on the move,” he says.

Other milestones include the incorporation of Munjal Kiru in 2007, ZF Hero Chassis Systems in 2010, crossing the target of 130 million bicycles, the launch of the premium Urban Trail in 2012, winning the General Motors award for quality excellence, the acquisition of Firefox in 2015, the launch of avenue outlets, entering the European market by taking over the UK’s Avocet and Sri Lanka’s BSH Ventures in 2016, the launch of Octane bikes in 2017, and the launch of Insync in 2018.‍

The multi-award winning company is headquartered in Ludhiana and has manufacturing units in Bihta, Bihar; Ghaziabad, Uttar Pradesh; and Sri Lanka. It also has a world-class, £2 million Hero Global Design Centre in Manchester, England. “As the business grew, investment flowed in. The founders made sure that they worked with the right talent and always included the best people in their business strategies,” he says.

Good management practices, transparency, and comprehensive implementation of error-checking systems have helped Hero Cycles sustain its competitive advantage, according to him. It now manufactures the complete range of bicycles, spare parts, and associated items in the mid-premium, premium, and super premium segments under the brand names Hero Sprint and Hero Sprint Pro. ‍

Large and older enterprises find it challenging to ride the digital wave. But with a youngster like Abhishek at the helm, Hero Cycles has adapted to digital. Its products are widely available for online purchase on e-commerce marketplaces.

“We also maintain an engaging website and social media presence, connecting regularly with customers and enthusiasts. Our next generation Hero Sprint stores feature simulated rides, and mobile apps are available that allow the buyer to track schedules for repair and maintenance, as well as the nearest service station to go to,” he explains.

Despite being a big brand of India’s bicycle industry, Abhishek believes that MSMEs are the backbone of the sector. “Many small vendors help in supplying spare parts and assemblies. Networks of suppliers and dealerships help generate employment and business in growth segments and unpenetrated markets,” he says.

“But SMEs find it harder to keep costs down because of the need to export quality materials into India, which are not available locally. They require constant nurturing and investment to sustain the business,” he says. “We have invested Rs 250 crore in Ludhiana’s Cycle Valley project to help make daily costs of units lower by consolidation.”

The market is certainly huge and ripe for the taking, even beyond Hero Cycles existing market share.

“According to the All India Bicycle Manufacturers Association data, India manufactured 16.5 million units in 2017 and Hero Cycles occupies a market share of between 35 to 40 percent,” he says.

“The market is big because the greatest contribution of bicycles to the common man is mobility, which enables him to reach opportunities, places of employment, schools, and hospitals. They also provide a green, carbon footprint free, healthy lifestyle choice as part of multi-modal and last-mile transport options,” he adds.

However, cycles have been looked at as a low-status transport option and low priority business as a matter of policy. But things are changing, with consumer consciousness of health imperatives and the search for adventure and experience, he maintains. Hero Cycles also sees the government’s push towards e-mobility as a positive growth factor that ties in with its plans for e-bikes.‍

“We are looking to innovate bicycling experiences with our e-bike segment. We aim to increase our global market share from the present five percent to eight percent, and have many new varieties of bicycles and retail experience enhancement plans for the future,” he says.

With technology and scale, this entrepreneur is cooking a success story for his 4-decade-old cookware brand