Rising above adversities: What Indian businesses and MSMEs learned from 2020 and how they aim to kickstart 2021 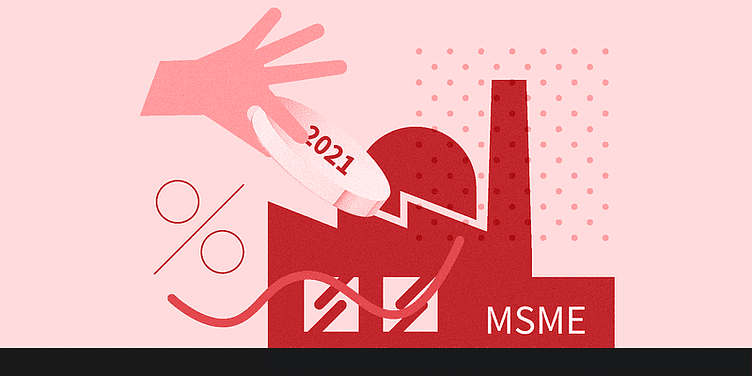 The year 2020 was tough for Indian businesses and MSMEs. The COVID-19 pandemic changed the rules of the game, forcing entrepreneurs to find new ways to thrive and survive. As we step into 2021, SMBStory lists out some key learnings by entrepreneurs and their vision for 2021.

For generations, most Indian businesses stuck to a straight, simple, and convenient way of running their operations.

Though the startup ecosystem emerged in the early 2000s and is much younger than the traditional, family-run business setups, according to the global innovation mapping and research company StartupBlink, Indian startups globally ranked 23rd among 202 countries, based on their strength.

But what has made the startup culture more favoured over decades-old established companies?

The answers can be found in faster digital adoption, easy access to funding, better infrastructure, larger spending potential, and so on. But the crux lies in innovation.

Indian MSMEs and other larger businesses have traditionally operated against the flow of the changing times, which led to many of them operating out of the comfort zones, but the coronavirus pandemic has forced them to shift gears.

The worst-ever global health emergency in recent times, COVID-19 has proven to be highly unpredictable. From the start, no business was either prepared for such a scenario or was aware of measures that needed to be undertaken to sustain themselves.

When the virus reached India’s shores in January 2020, businesses started to suffer, and post the announcement of the lockdown in late March, when all human activity came to a standstill, businesses also had to face a hard shutdown.

Shops closed, factories shut, imports halted, and exports banned; no entrepreneur would have been prepared for such a disruptive scenario.

The time was tough, and immediate measures were required to survive the lockdown. Indian MSMEs and small businesses stepped up their game by pivoting, innovating, and moving their operations online.

The pandemic taught major business lessons throughout the year. Even though entrepreneurs changed their conventional ways and adapted, some gaps and challenges still need to be addressed.

Greeting 2021 with open arms, SMBStory has listed out some of the key learnings from 2020 and how Indian MSMEs and entrepreneurs are looking at the way ahead in 2021.

In May 2020, during the announcement of a COVID-19 related economic package, Prime Minister Narendra Modi first mentioned his vision of an Aatmanirbhar Bharat (self-reliant India). Sparking enthusiasm among entrepreneurs, he said in his speech,

“COVID-19 phase has taught the nation that we must make ‘local’ the mantra of our lives. Global brands that are there present today were once local; they became global when people started supporting them. Hence, starting today, every Indian must become vocal for local.”

This came as a much-needed push for the Indian MSMEs and large businesses.

Finance Minister Nirmala Sitharaman rolled out a slew of initiatives under the Rs 20 lakh-crore Aatmanirbhar Bharat stimulus package. Of the 15 schemes announced by the FM, six were for MSMEs. Three policies that stood out were the Rs 3 lakh crore collateral-free loan scheme, the Rs 20,000 crore subordinated debt for MSMEs, and the Rs 50,000 crore equity infusion through the Funds of Funds (FoF). The government also tweaked the definition of MSMEs to include a larger pool of companies to benefit from the sector.

Ashok Rajpal, Founder of electronics brand Ambrane, says that the government initiatives have lent a helping hand to MSMEs by bringing various schemes to the fore. He says,

“The national Ease of Doing Business Policy has put the onus on bureaucrats and has asked for justifications on compliance requirements that have been placed on the businesses for a quite long time. The finance minister also said that the ‘Aatmanirbhar Bharat package shall not be just a financial package, but a reform stimulus, a mindset overhaul, and a thrust in governance.’”

According to an IBEF report, in September 2020, India moved four places up to reach the 48th rank, breaking into the list of top 50 countries in the Global Innovation Index (GII) for the first time. This shows that the Indian businesses and MSMEs, which strived to adapt to technological advancements, have moved upwards despite facing disruptive times.

The year 2020 has proven to be a learning curve for everyone. For entrepreneurs, getting back to normalcy was a hard nut to crack, and the two major learnings that they aim to implement in 2021 are: managing cash better and digital innovation.

“As entrepreneurs, we are always very optimistic and leverage business as much as we can for growth. Due to the pandemic, we will be cautiously optimistic and ensure that we have enough resources to sustain in an event like this,” he adds.

﻿Koskii﻿, which was predominantly present in the offline space for women's apparel and occasion wear, took the opportunity presented by the pandemic to implement automation and artificial intelligence in the procurement processes to get the right product to the right place at the right time.

The entire software development was done during the pandemic and has resulted in significant improvement in efficiency and reduced the company’s inventory holding by 40 percent. The company is now able to execute the same tasks that it did pre-pandemic, with 40 percent of the team size.

Koskii focused on selling online during the pandemic and its online gross revenue — which was not very significant earlier — has grown 5x in the last few months.

Seven-decade-old brand Cycle Pure Agarbathies also leveraged its online business model to provide products at consumers’ doorstep through its own portal. It also launched a mobile-based application “Pure Prayer” to connect devotees to the divine.

Dinesh Agarwal, Founder and CEO of IndiaMart, says India received a boost in manufacturing capabilities during the pandemic. This rise of internet adoption and the strong focus on making India Aatmanirbhar seems to be a promising long-term trend that will help in boosting the overall economy.

Ecommerce: an upward trend for businesses

The coronavirus pandemic made the SMEs realise that they needed to adopt technology and constantly power themselves with digital tools to survive and thrive.

“The aftermath of the pandemic has had a multi-sector impact. MSMEs, the backbone of India’s economy, faced severe disruptions, and the pandemic became a call to accelerate reform and growth for them. MSMEs need to use digital tools and technology, they have to modernise, and update themselves with digital processes.”

Jagjeet Harode, Head of Marketplace, Flipkart says that in 2020, ecommerce played an even more essential role as businesses re-evaluated their operations, emerging as a preferred channel to connect with consumers nationwide.

Since the nationwide COVID-19 induced lockdown, Flipkart has seen an increased interest from MSMEs and sellers to onboard the platform. He says there was close to a 90 percent jump in sellers joining Flipkart, especially in the second half of 2020 (July- Dec), once the market opened up, as compared to the same period last year.

Another strong trend that has emerged out of the pandemic is that an increasing number of businesses are adopting the direct-to-consumer (D2C) business model.

The D2C business model helps in creating stickiness and establishes customer-centricity, according to Ashutosh Singh, Co-founder of D2C FMCG band, Yayy! Naturals. He says, “Millennials don’t stick with brands, they stick with a cause, which in our case is to make products in a sustainable manner.”

Ashutosh believes that interacting with customers through the brand’s social media platform helps in creating an indelible connection with the consumers.

Cloud adoption has been one of the biggest enablers for SMBs. Harish Vellat, Country Head – Small, Medium and Corporate Business, Microsoft India says that the technologically advanced SMBs showed more business resilience since remote working allowed them to continue being productive in a secure environment.

Recovering from the crisis, tech-enabled SMBs can now focus on optimising their operations, reimagining their businesses, and transforming products or services with the power of advanced technologies.

“There is enormous opportunity for SMBs to grow and scale in 2021 with the power of technology, and Microsoft is committed to support them in achieving more,” he adds.

Tejas Goenka, Managing Director of Tally Solutions, believes there is a lot of potential for investments in basic infrastructure and communication. He says even though India has seen rapid digital solutions adoption among MSMEs in recent years, there is scope for a lot more.

He says, “Businesses will need to look at digitising several processes, allowing them to have better control over their business in a largely uncertain future. Investments, especially in core business systems like accounting and inventory management systems, will bring greater visibility and control.”

He concludes that investments in running 24x7 businesses through ecommerce, and in systems that enhance coordination, will increase.

The long road ahead

The last year has been undeniably tough for Indian SMBs, which had to prove their resilience and their willingness to adapt to change. However, there's still a long road to traverse.

Vineet Agarwal, President of ASSOCHAM, says while organised and large businesses have shown a smart recovery in the midst of COVID-19, the bounce-back among MSMEs has not been commensurate. He says,

“With more and more people learning to manage their affairs safely, recovery would go deep down the value chain.”

He also believes that while sectors like transportation, hospitality etc, will see recovery in 2021. MSMEs would need continued hand-holding by banks, their large customers including PSUs, and forbearance by regulators to smoothen the creases.

Nipun Gupta, of Springfit Mattresses, says one of the ways the government can bolster MSMEs is by calculating the creditworthiness of small businesses using software, rather than having the staff make these decisions. MSMEs can attract large-scale foreign investment, which is needed under present circumstances to boost the economy.