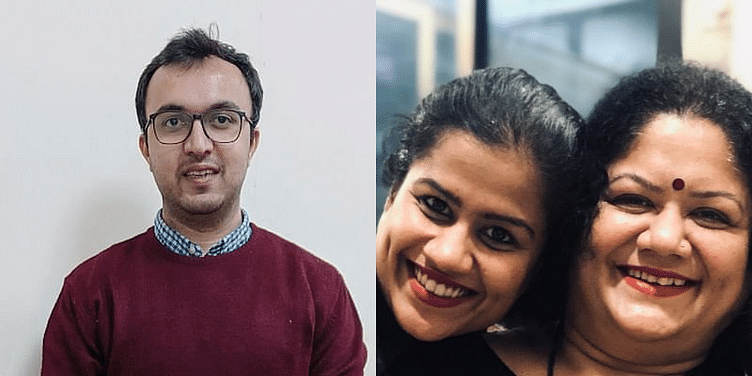 From Indian spices to comfortable mattresses, this week SMBStory came across several Indian brands who are making a place for themselves in the market despite competition from big brands.

Many entrepreneurs say competition unfolds opportunities for businesses, and these newly-launched Indian companies are vouching for it.

From serving premium spices in the market that is 90 percent dominated by MDH, Suhana, and Everest to making affordable mattresses — these entrepreneurs are unfolding opportunities in their respective sectors.

Here are the top SMB stories of the week:

Indian food has everything — sugar, spice, and everything nice. But across the country, spices have a special place. India not only consumes large volumes of spices but also exports them abroad. According to India Brand and Equity Foundation (IBEF), the country exported spices worth $3.65 billion in FY20.

While the market is largely dominated by brands like MDH, Suhana Spices, and Everest Spices, several small players are also making inroads into this segment. One of these companies is Mumbai-based ﻿Masala Tokri﻿, run by mother-daughter duo Urmila and Aarti Samant.

According to Aarti, Urmila was always a passionate cook. And, in 2016, she decided to take a formal course in the art of making spices, turning her hobby into a profession.

Arti tells SMBStory that her mother started by sharing a few mixes with friends and family, and gradually took orders from different customers that she received on WhatsApp groups.

By 2018, Urmila was packing masalas and exporting them to customers in the UK, Singapore, Dubai, and the UAE. Soon, Aarti realised it was no longer possible for one person to do everything, and decided to step in.

Together, they launched Masala Tokri in February 2019 as a premium-gourmet masala company.

When competition increased and margins narrowed for his family’s PU foam business, Wasif Mohd stepped up to take on an uphill task. The young entrepreneur had to figure out a way to revitalise MH Polymers – his family business that had been selling PU foam for nearly three decades. PU foams have a wide range of applications in upholstered furniture, mattresses, footwear, etc.

MH Polymers was meeting this demand through its B2B model. It had an established PU foam production unit, and Wasif realised pivoting to a B2C foam mattress brand was necessary to boost revenues and increase margins. However, a large manufacturing business is not nearly as agile to pivot as a startup.

In 2016, he created a small team to start B2C mattress brand ﻿Fresh Up﻿. Starting with two helpers and a capital infusion of Rs 15 lakh from the family business, Wasif began designing and manufacturing mattresses in Greater Noida, UP.

“It was difficult and expensive to set up a factory with brand new machinery. So, we made some space in the existing foam facility and acquired some second-hand machinery. I hired two helpers for Rs 8,000 to Rs 10,000 per month, respectively, and started making mattresses,” Wasif tells SMBStory.

Fresh Up made affordable mattresses starting at Rs 4,600 and decided to capture the unorganised sector for mattresses. In just four years, it emerged as a fast-growing mattress brand in North India with over 250 employees and clocked a turnover of Rs 38.45 crore last year.

After the Partition in 1947, businesses found themselves in a newly-independent India, with a new set of rules and norms. Many entities had suffered, and people were on a lookout for new opportunity to make ends meet, making them travel places.

Lala Kedarnath Aggarwal also moved to Delhi from Bikaner to earn a livelihood and started selling traditional sweets and savouries in a trolley in Chandni Chowk. His hard work and luck favoured him and the business soon took off. In a short while, he started a small tuck shop as ‘Bikaner Namkeen Bhandar’ in the same area, offering namkeens and snacks.

In due course, the establishment gained recognition as ‘Bikanervala,’ and became popular for delivering Bikaneri bhujia and other foods of authentic Indian flavours. In 1965, Lala’s son, Shyam Sundar Aggarwal, joined the business to expand Bikanervala across and outside the National Capital Region.

Building on the legacy of Bikanervala, the family felt that they should take their culinary legacy beyond India. With the emergence of the packaged food industry in the 1980s, they could finally act upon their vision of expanding their business.

Shyam Sundar launched Bikano in 1988 to become a dominant FMCG player, all while retaining the quality of excellence as envisioned by his father.

Bikano now offers different varieties of namkeens, cookies, sweets, papad, syrups, and flour-based foods like matthi and samosa. It has over 270 domestic SKUs and more than 320 international SKUs, with frozen foods forming the backbone of its exports business.

It exports to 45 countries, including the US and the UK. At present, the brand rakes in an annual turnover of Rs 1,000 crore.

5 Made in India headphones and speakers brands competing with the likes of JBL, Samsung, and Sony